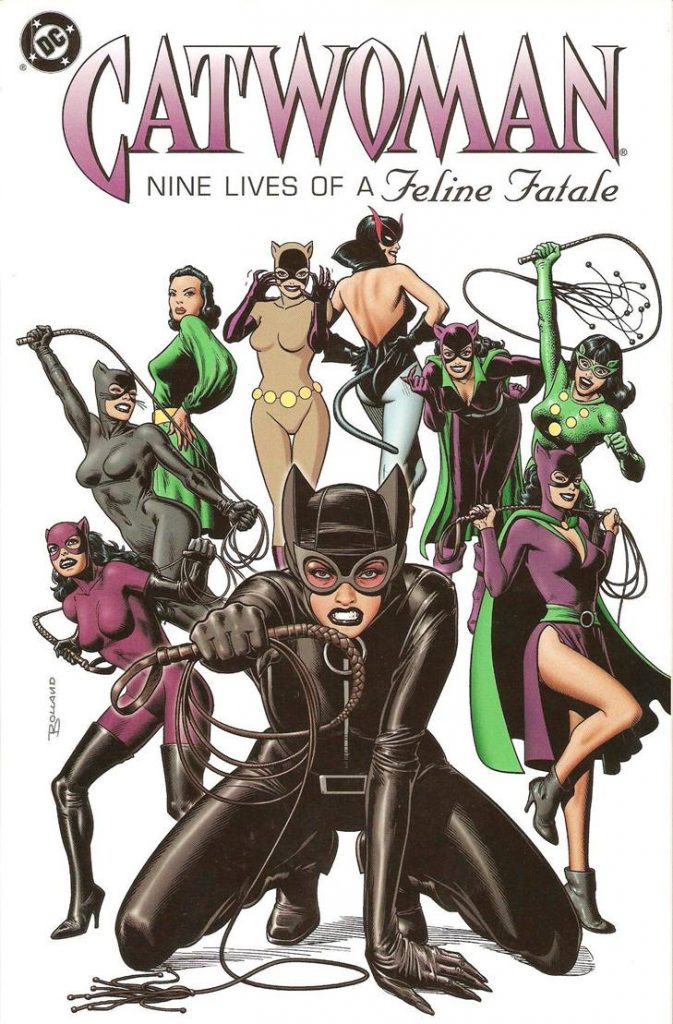 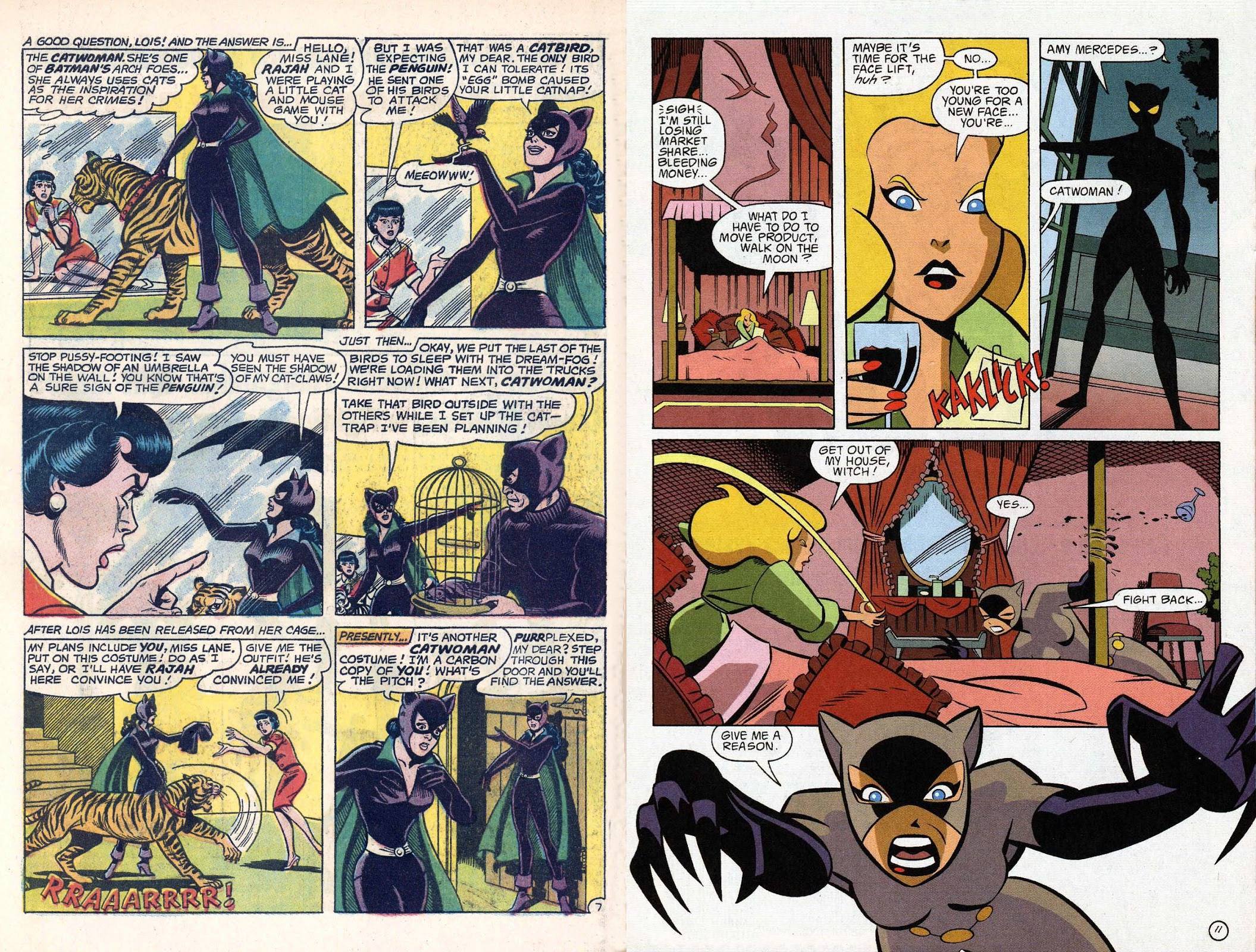 It’s odd to plug a book so obviously a quick and cheap cash-cow tie-in to a movie (and a bad movie, at that), but this Catwoman volume from 2004 has a great deal to recommend it. For a start it’s quaintly cheap ‘n’ cheerful. The references to the film are kept to an absolute minimum. The selection of reprints, purporting to signify nine distinct takes on the venerable femme fatale are well considered in terms of what the reader hasn’t seen, as opposed to what they have. There are also some rare and stunning art pieces selected as chapter heads, too, from the likes of George Pérez, Dave Stevens, Alan Davis and Bruce Timm.

The stories themselves vary in quality by modern standards, but serve as an intriguing indicator of taste in the manner of a time capsule or introductory Primer. Track the feline fury from her first appearance as mysterious thief ‘The Cat’ (by Bill Finger, Bob Kane and Jerry Robinson, 1940), through ‘The Crimes of the Catwoman’ (Edmond Hamilton and Lew Sayer Schwartz, 1954), to the wonderfully absurdist cat fight with Superman’s Girl Friend Lois Lane (1966), as described by Leo Dorfman and Kurt Schaffenberger (sample left) in ‘The Catwoman’s Black Magic’ and ‘Bad Luck for a Black Super-Cat!’

A victim of 1960’s TV “Batmania”, ‘Catwoman Sets Her Claws for Batman’ sees her battle Batgirl in a cringingly painful 1967 outing from Gardner Fox and Frank Springer, but at least it can be regarded as the nadir of her decline from sexy object of pursuit to imbecilic Twinkie. From here it’s onwards and upwards again.

In the nonsensical ‘The Case of the Purr-Loined Pearl’ (1969), Frank Robbins and Irv Novick slowly (and oh, so terribly gradually) begin her return to major villain status, after which Doug Moench and Tom Mandrake devise ‘A Town on the Night’ (1986), showing one of her innumerable romantic excursions onto the right side of the law. ‘Object Relations’ (1998), shows us a ghastly but brief “Bad-Grrrl” version of the glamorous super-thief.

Mercifully, we then reach to the absolutely enthralling ‘Claws’ (also 1998) by Ty Templeton and Rick Burchett (sample right), produced in the style of the 1990s animated Batman, but the best piece of pure escapism in the whole package. The volume closes with another revision of her origin ‘The Many Lives of Selina Kyle’ (2002), by Ed Brubaker and Michael Avon Oeming.

Catwoman is a timeless icon and one of the few female comic characters that the entire real world has actually heard of, so it’s great that the whole deal is such a light, frothy outing, as well as having some rarity appeal for dedicated fans. Go get her, Tiger! 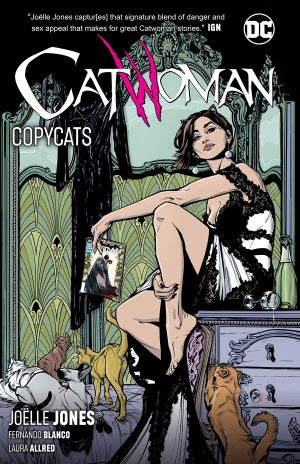