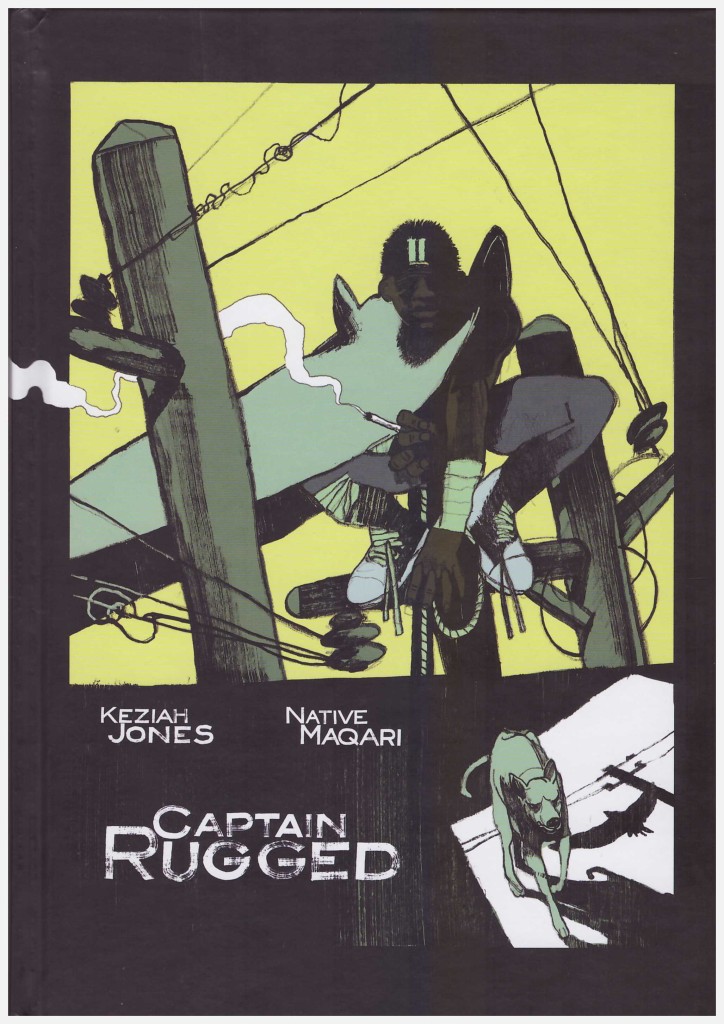 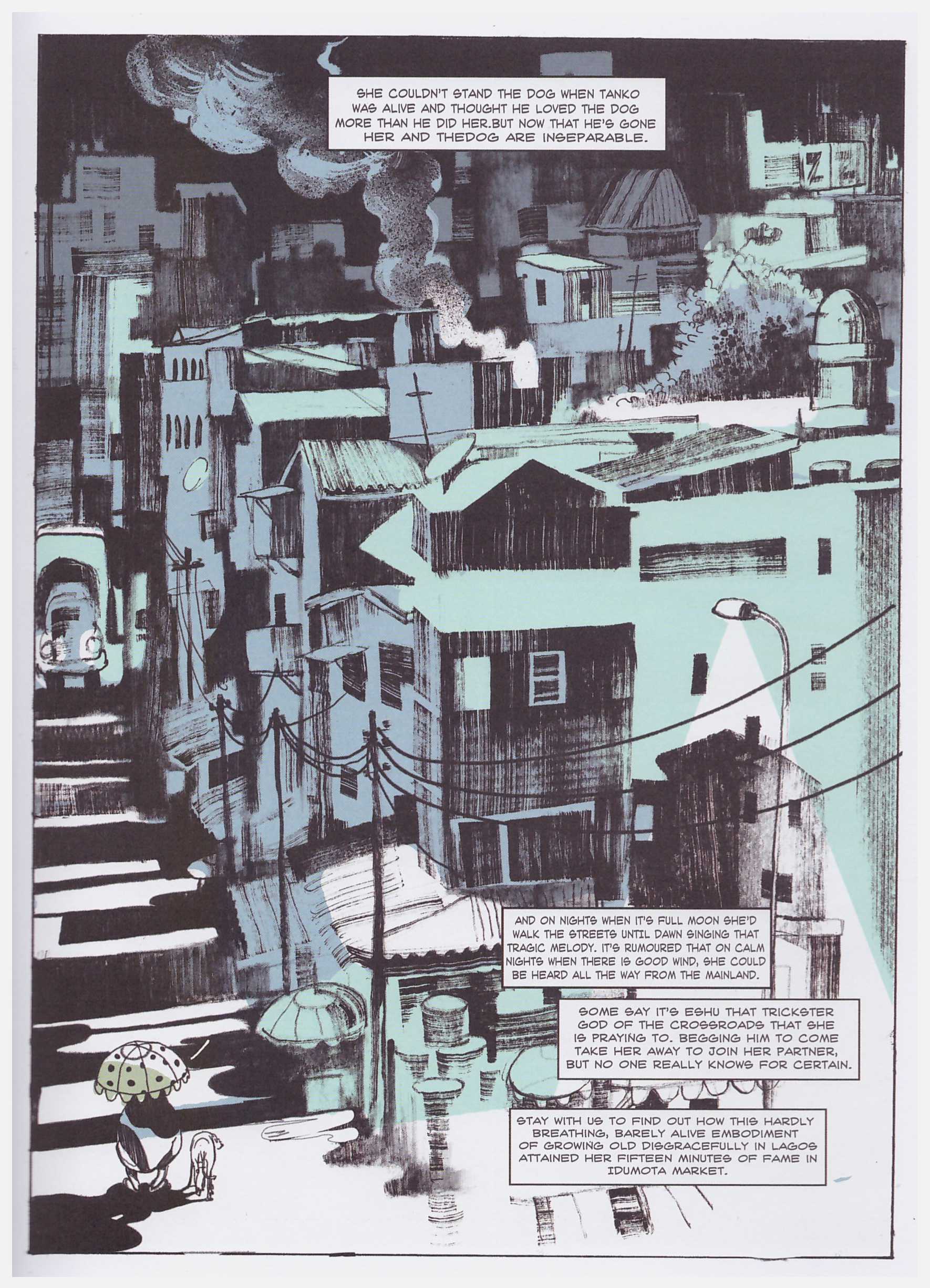 Before writing this graphic novel Keziah Jones had a two decade career as an exponent of what he labelled ‘blufunk’, but which to the untrained ear sounds much like polyrhythmic jazz-funk. You’ll have an opportunity to make up your own mind, as this was created to accompany an album of the same title, and each graphic novel entitles a download of Captain Rugged.

The story told in the concept album’s lyrics concerns a Nigerian superhero based in Lagos, and is more traditionally applied to the graphic novel, but here too Captain Rugged is dealt with as a concept, in myth and symbolism. He’s a symbol for freedom within an oppressed and deprived society, and despite actually doing very little, the exploits created in bars and markets spread his myth. So does Jones, initially characterising him through the voices of others and the fears of those in authority. The fragments of truth inflate into something able to fan a revolution.

Jones’ introduction notes that Nigeria needs a superhero, and the persona he creates navigates a world where certainty is far from enshrined as it is for the traditional American superhero. The Lagos in which Captain Rugged first manifests is policed by officers who lease their guns and bullets, so prefer to dispense justice with nightsticks. The Captain’s title is no honorific, but an earned rank for a former army officer who’s switched allegiance from the regime to the people. Those trying to locate him, to discover what he’s discovered, further build him.

Artist Native Maqari is also Nigerian, but was raised away from the country of his birth, so spent three months there to absorb the look of the nation today. The resulting pages squirm with life, and present an environment previously unknown to English language comics. His characters dwell in darkness, and the pastel shades with which he colours his sketchy art are integral to it.

The overall mood created is like one of Carlos Trillo or Hector Oesterheld’s scripts of despotic South American regimes from the 1970s and 1980s, where absolute authority was in place, and every rumour either offered hope or eradicated it. This, though, may be more by chance than intent as there’s a lack of focus in presenting disjointed vignettes. Captain Rugged seems to be everywhere, but is actually barely seen, and the plot is glued together via the secret knowledge he holds, which when revealed is hardly Earth-shattering, nor a matter to be whispered rather than shouted from the rooftops.

That said, there’s very little in 21st century comics offering a reading experience like Captain Rugged, and Maqari’s an artist to watch.