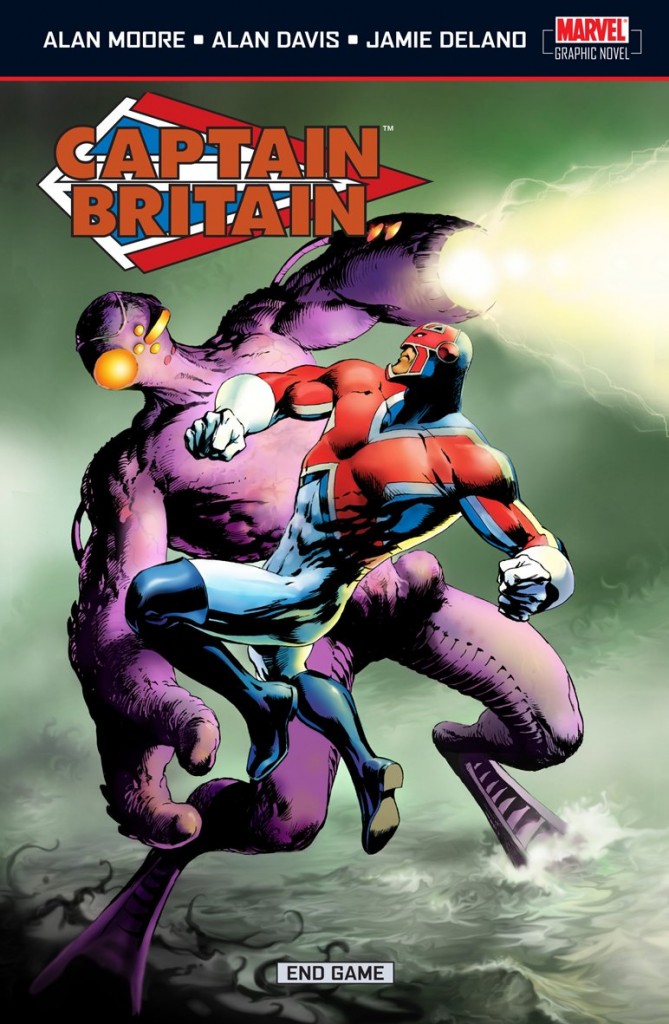 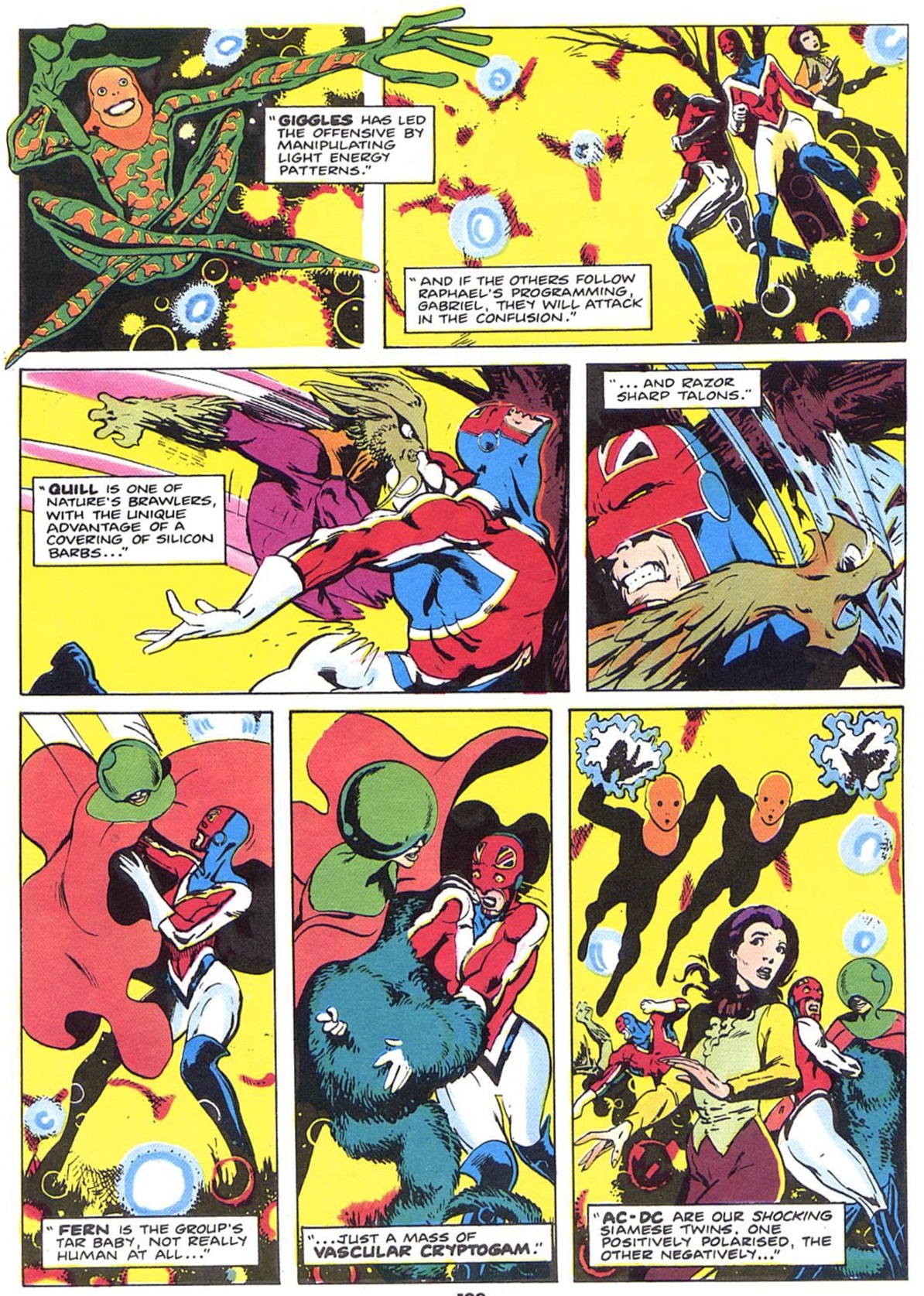 This final collection of Captain Britain’s exploits produced exclusively for the British market is by some distance the best. By the time of their opening chapter here both Alan Moore and Alan Davis had progressed from initial stumbles to notable comic creators, and the finale to their story is thrilling and unpredictable. Captain Britain is faced with two implacable foes, neither of whom he’s remotely equipped to deal with, and the tension is cranked up to an exciting finale concluded in unpredictable, yet entirely logical fashion. That features Davis’ best work on the series to that point, the needs of the plot stretching him. It still reads very well, although possibly better connected directly with the preceding material as it is in the Captain Britain collection.

The Siege of Camelot charted Davis’ growth from almost a novice artist to extremely accomplished, and this book similarly shows his rapid development as a writer. The first couple of post-Moore stories are his work alone, and while the ideas are good and the plots work, the emotional beats and dialogue aren’t quite pulled off. Fast forward to the end of the book and Davis having to produce story and art for a series finale in two weeks, and it’s among the best in the book. It switches efficiently between several plot strands, maintaining the tension, prioritising characterisation and provides a fitting send off for the cast.

Jamie Delano writes most of the remaining content, hardly known for superhero adventure, but here largely successful at sustaining interest while developing several characters very well, among them Meggan, who’d later become a mainstay of Excalibur. If there’s a problem with Delano’s writing it’s that some endings are on the rushed and perfunctory side, but compensating for that are several interesting and unpredictable elements, not least the progress of the previously bland Braddock family members. Betsy in particular is taken on quite the journey, one that would in end among the X-Men with her emergence as Psylocke, something her single day in the job as Captain Britain didn’t really prepare her for. Delano also introduces Gatecrasher and her alien mercenary squad, wonderfully designed by Davis, but for the most part is content to re-use characters introduced by Moore or even earlier. That and the lack of an overall element linking and propelling the plots makes his work slightly less compelling as a graphic novel, although equally Moore’s continuing work serialised at eight pages at a time in a monthly comic may have been frustrating when first published.

The Delano and Davis work originated in Captain Britain monthly magazine, which also included shorter back-up strips acting as tryouts for then new creators. Mike Collins wrote and drew a three part serial about the Cherubim, characters introduced in the main strip, taking Fagin as his inspiration for the story and Davis as his inspiration for the art. Considering it’s very early work from a new creator it’s promising, but the inclusion here is more in the manner of a bonus than essential reading.

The entire content is gathered in oversize format along with that from The Siege of Camelot in the hardcover Captain Britain Omnibus. 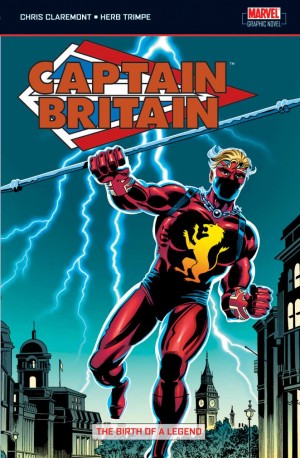 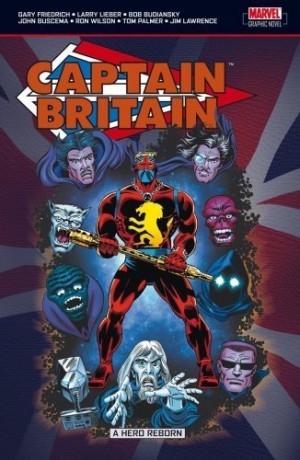 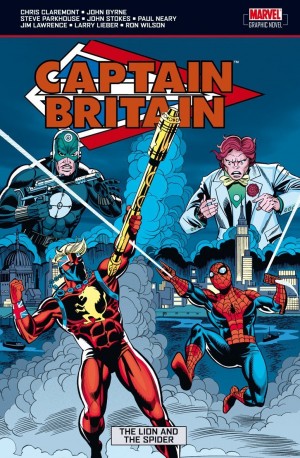 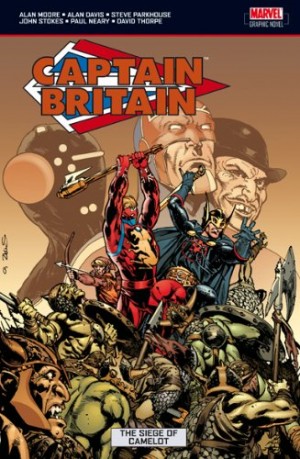