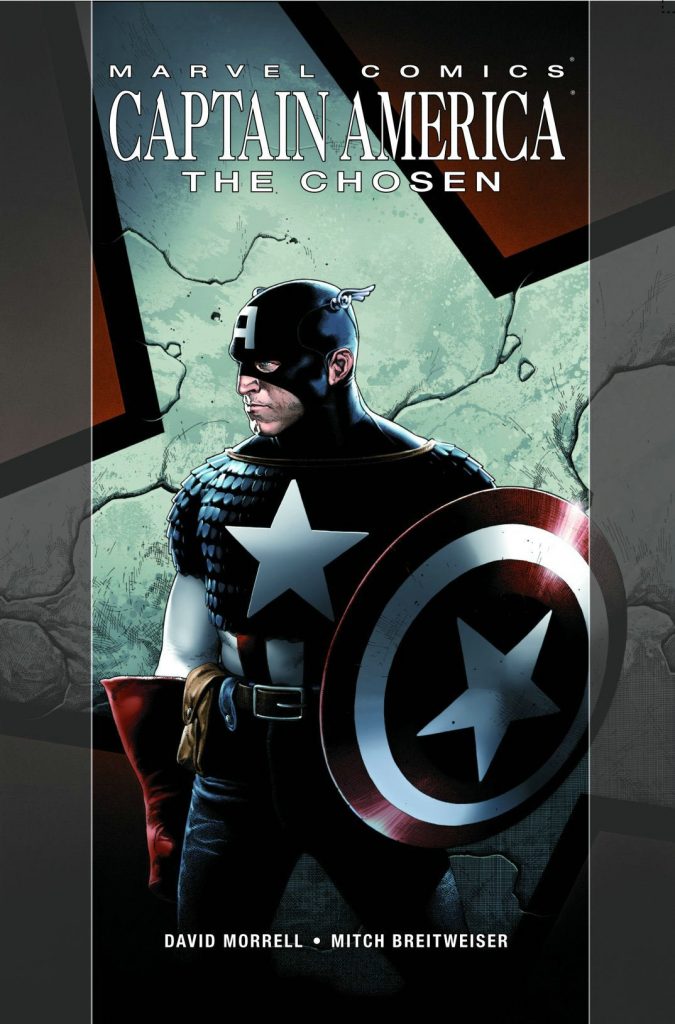 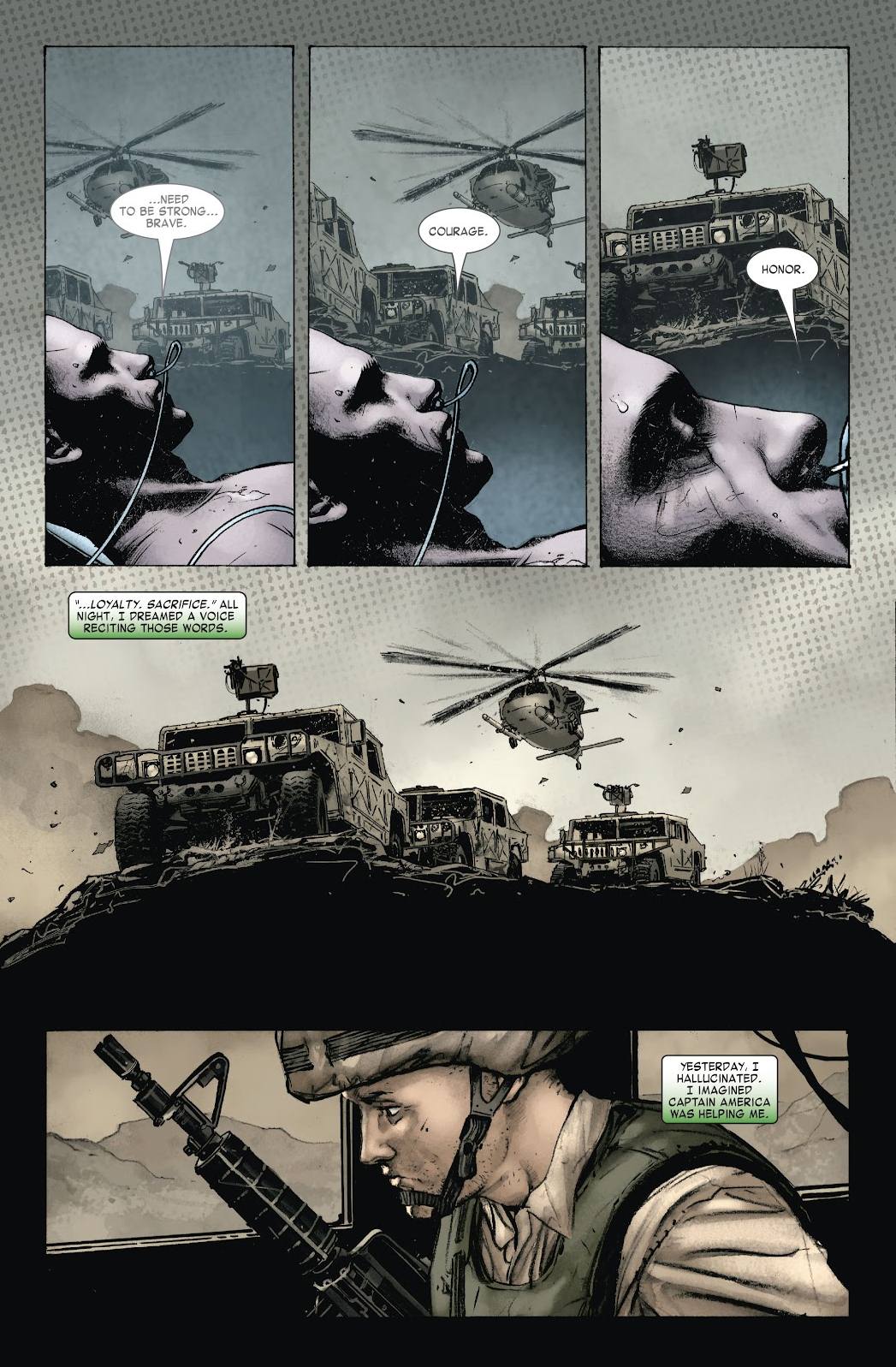 David Morrell’s bibliography is considerable, dating back to the 1970s, with his best known novel introducing Rambo so successfully transferred to cinema. Having him write a Captain America story, then, is a considerable coup, but the overall appeal of The Chosen is going to rely on what the reader wants from a Captain America outing, as this is considerably removed from the usual two-fisted action in a patriotic costume. That’s still present, just in a different form.

The Chosen opens with US soldier James Newman in Afghanistan. Morrell and Mitch Breitweiser are very convincing about the difficulties an ordinary soldier faces, and the life-changing decisions they make in combat, having to assess in an instant who might be a danger when that’s never obvious. Breitweiser’s realistic illustrations are from viewpoints heightening the sense of danger, and his combat detail supplies authenticity. Newman is beginning to wonder if he can trust his senses, though, as toward the end of the opening sequence he’s helped by Captain America, except no-one else sees Cap.

There’s a clever conceit to this involving remote viewing, but the action continues to focus on Newman, with Captain America being advisor and inspiration, so this is effectively a war story rather than the superhero adventure readers are likely to expect from the Captain America title. As such, though, after the opening chapter the pace is extremely slow, and becomes bogged down when Newman is trapped and must weigh up options. As part of inspiring him there’s a run-through of Captain America’s origin, a sequence most readers will already be very familiar with, and further greatest hits occur as Newman finds unknown strengths within himself.

Morrell appears stuck for an ending, and what’s here is too artificial, and too great a contrast with the remainder. However, quality is apparent throughout, but although sensitively written and evocatively drawn, the stressed inner heroism would have been more effective within a punchier four chapter story.