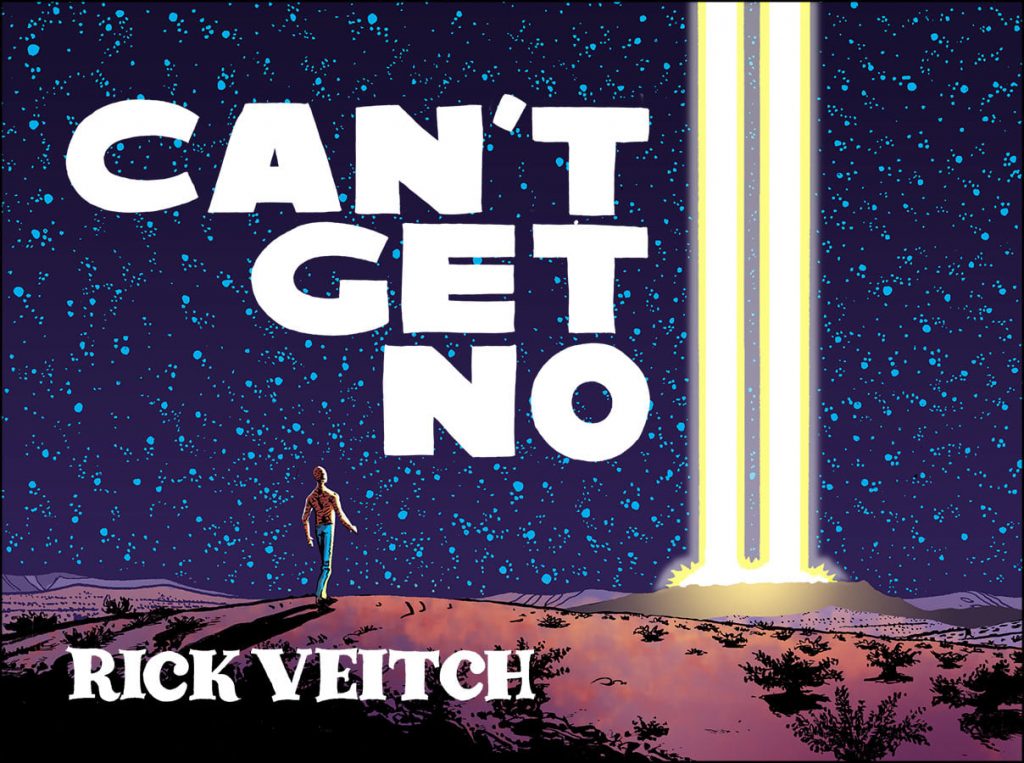 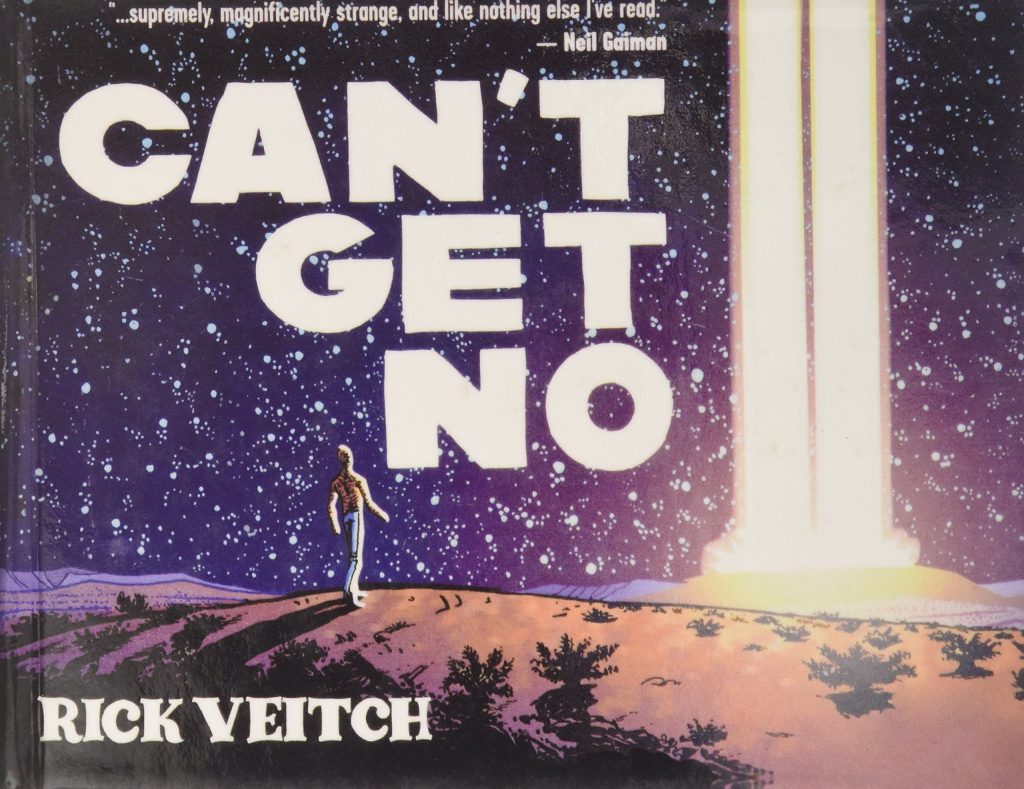 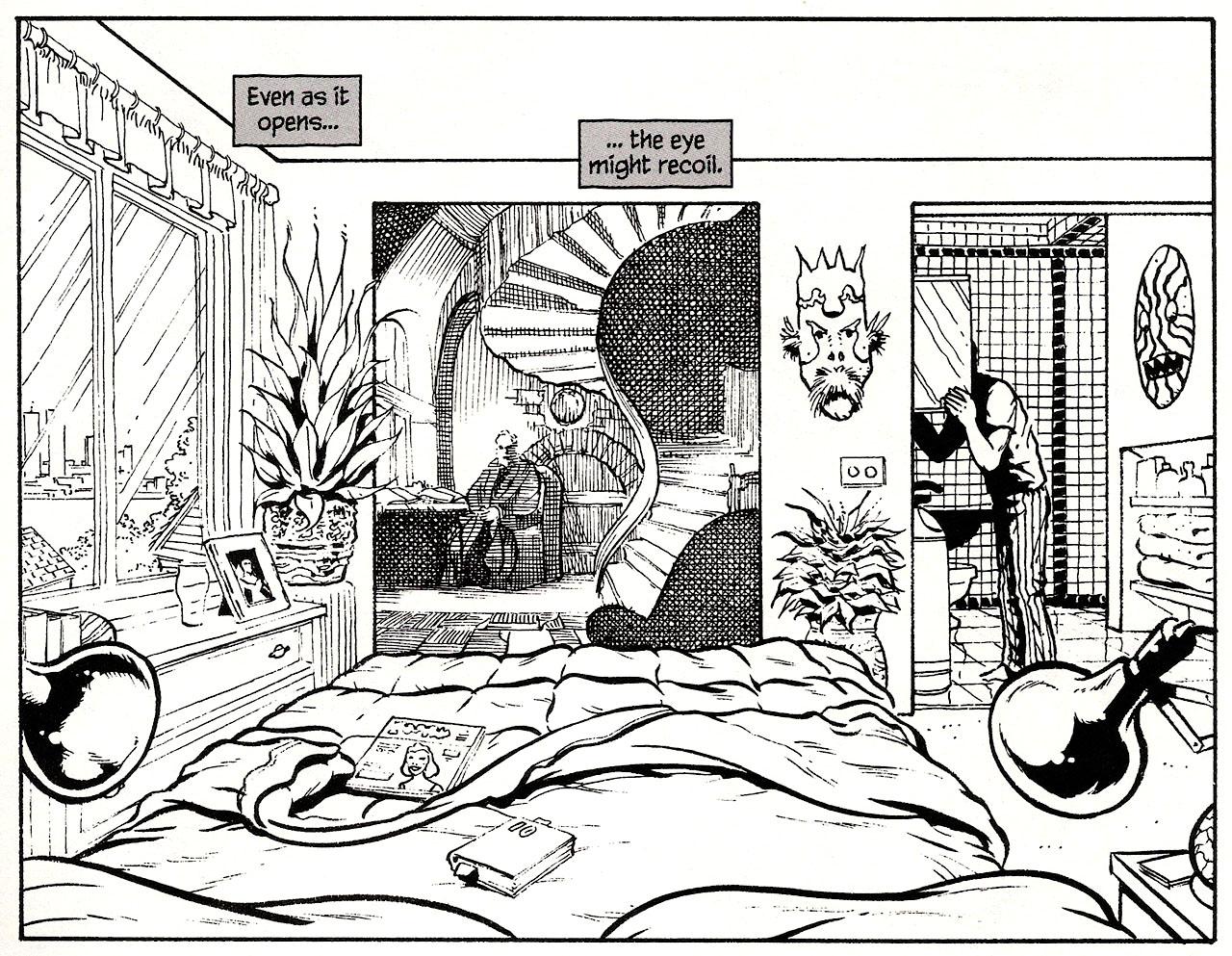 From the 1980s onward Rick Veitch has been a conceptual creator ahead of his time, delivering ideas that others would twist for greater success because he never entirely fine-tuned the commercial possibilities. In essence, Veitch is represented by the sample art, which is the opening spread from the landscape packaged Can’t Get No. It’s accomplished, showing off different styles in both location and execution, but what should the eye focus on? Yet Veitch offers knowing captions to accompany the illustration.

The tone of the captions continues, providing a poetic commentary on a story otherwise told by the illustrations. It’s an old-fashioned morality tale in one respect, the fall of businessmen Chad Roe, tribally decorated when unconscious by the permanent marker pens his company used to produce. However, there are savage injections of fairy tale perversity, some resonating even more greatly for the passage of time. The New York Chad lives in still hosts the World Trade Center. Indeed a repeated view shows his opulent Staten Island house looking out at the twin towers from across the river. It’s nevertheless a shock all these years later when Veitch shows planes crashing into them.

Self-awareness has always been part of the package with Veitch, so perhaps Can’t Get No is a deliberate exercise in creating a graphic novel where structure is secondary to experience. The ideas aren’t easily distilled and reformulated. It’s a definite response to the events of 9/11 even if the title is ironically derived from the randomly flicked pages of a self-help book, as Veitch predicts the upsurge in mistrust and bigotry. Chad is confronted with a plastic idealised version of the USA, in what becomes meditation on what the USA actually means.

Veitch certainly has his ideas on the topic, presenting visual metaphors. That of chasing a dream is obvious, but perhaps others are just the inevitable conclusions of what each individual will read into a wordless graphic novel. The art, though, is a very precise form of defining people and locations, with the postcard sized format leading toward the conclusion that they’re intended as snapshots.

Many years after the original publication, Chad’s journey remains unlike any other graphic novel you’ll read. It’s heavily influenced by the 1970s road movie, the thought of escaping to find oneself, and the tarnished American dream sometimes reconfigured. As such, it’s not going to be universally appreciated, but those it touches will find it resonates deeply. 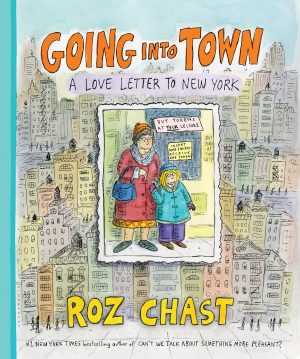 Going Into Town: A Love Letter to New York

Going Into Town: A Love Letter to New York