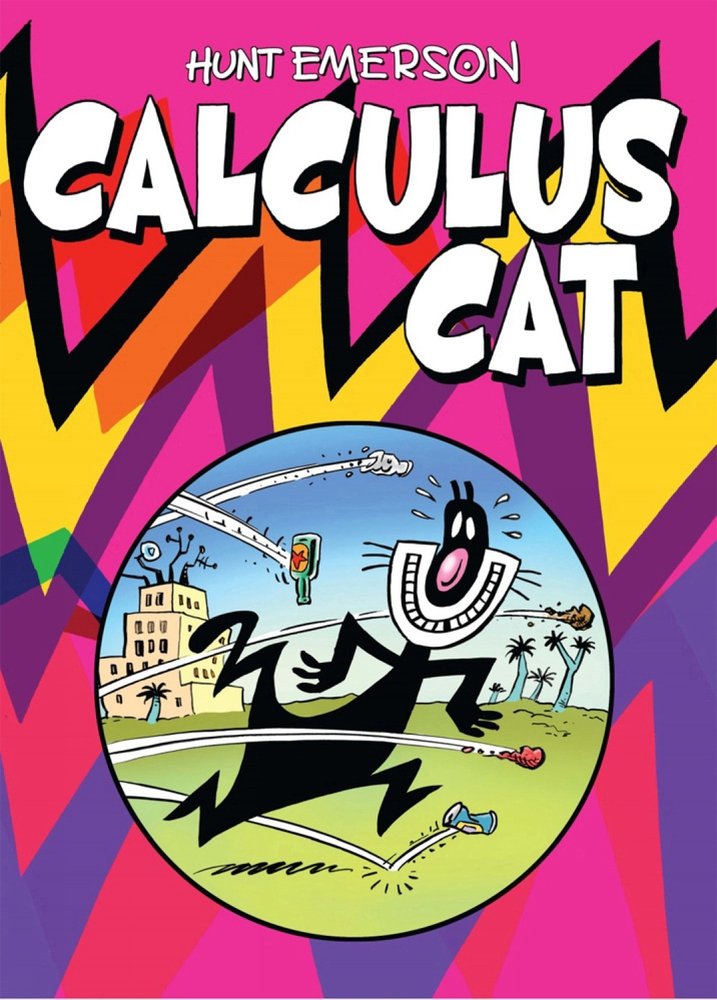 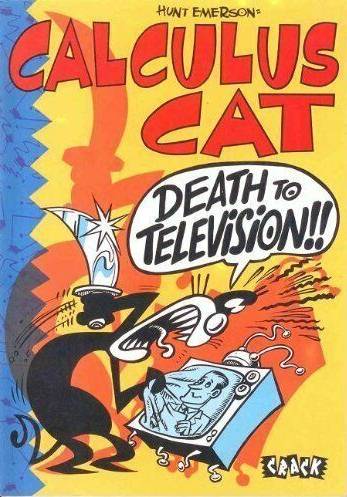 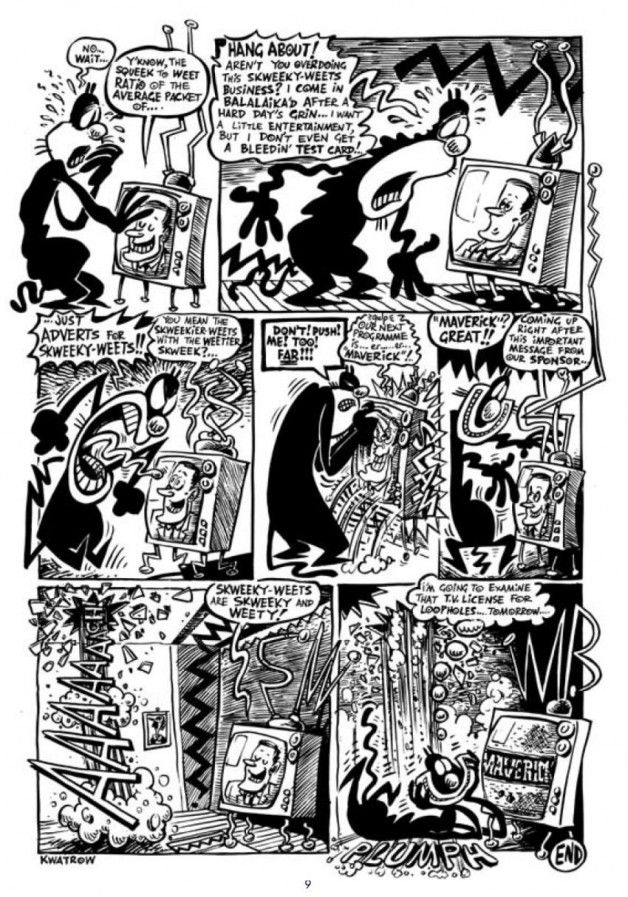 Considering some of the other strange folk that populate his comics, it’s something to note Calculus Cat as Hunt Emerson’s most bizarre creation. In one respect the lineage is obvious, the shifting backgrounds, brick throwing thugs and the surreal circumstances a partial homage to George Herriman’s Krazy Kat, but other aspects remain elusive. It’s easy to speculate, however that Calculus Cat is Emerson’s most personal strip, perhaps a form of alter ego. He spends his days outside, a fixed, almost rictus grin permanently in place until he crosses the threshold of his house when the grin disappears to be replaced by hunched posture and drooping face. Like many of us, Calculus Cat expects entertainment from his television, but instead has a combative relationship with it, the presenter within forever attempting to entice him into buying Skweeky Weets.

As the strips continue Emerson creates a grim Kafkaesque world around the expectation of adherence to odious duty. There can be no entertainment without payment, and if advertising is skipped or ignored, then it accrues to be watched later. Calculus Cat attempts on numerous occasions to subvert the system, the most inventive plan being tinkering with the video recorder to edit his past, but his desire for what the TV can offer wins out. Will the TV provide that, though? The presenter knows to go only so far before risking eviction or destruction, and is ultimately always able to pacify. Like all classic British sitcoms, it’s about a co-dependent relationship in which at least one of the participants is trapped.

Has there ever been a page of Emerson’s art since the early 1980s that hasn’t been wonderful? Calculus Cat is lithe, supple and lively in the constantly changing house, while the presenter personifies artificial smarm, real smarm being just out of reach. The grin becomes an expression of horror because we know what will follow, and the stage posture almost puppetry.

An unusual manic intensity afflicts Calculus Cat, one present in none of Emerson’s other strips, and that alone indicates the battle still rages somewhere today.