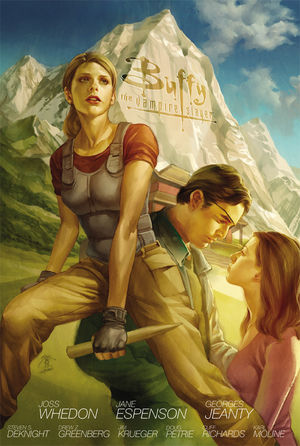 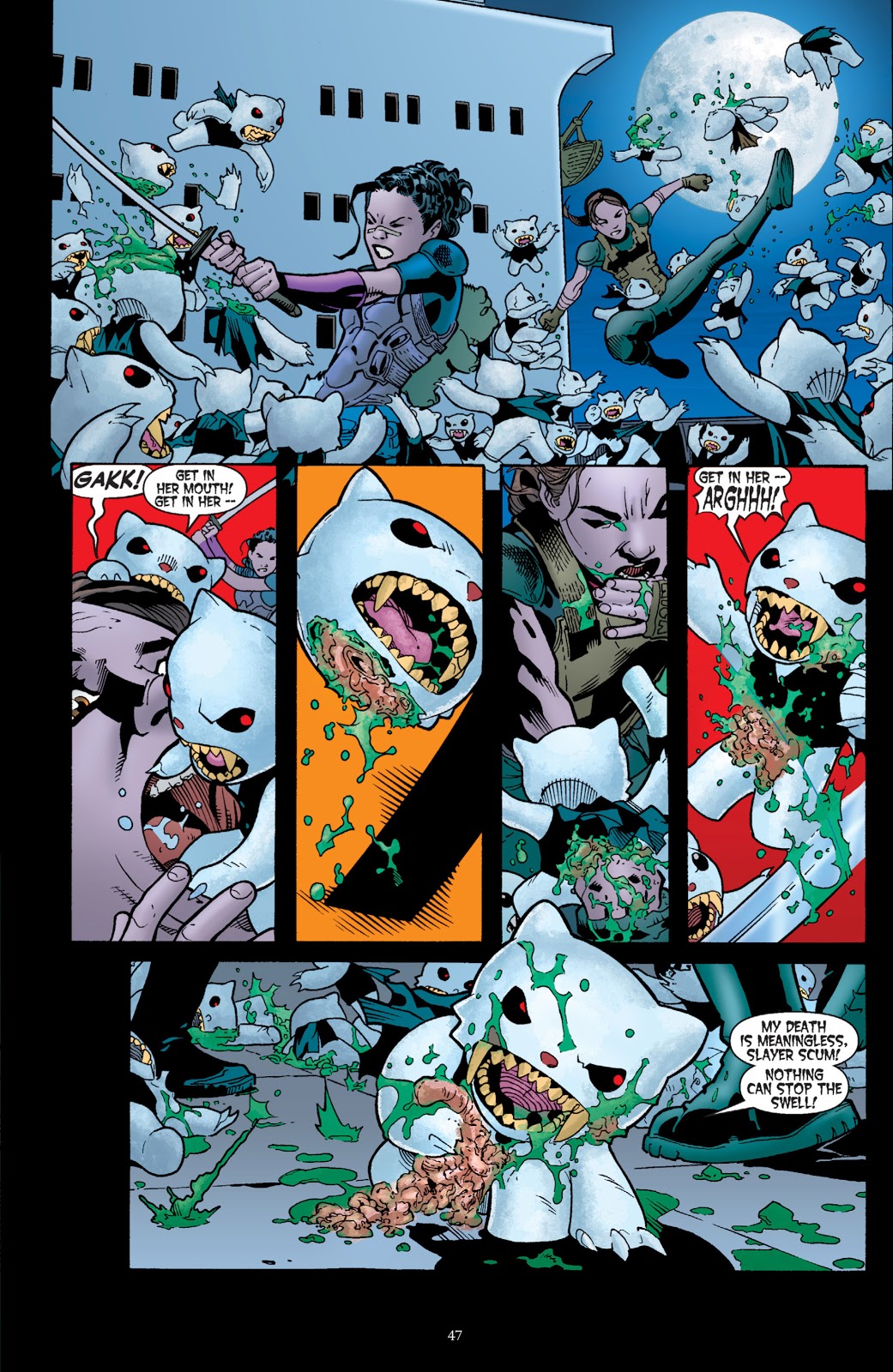 The third oversized library edition of Buffy the Vampire Slayer Season 8 covers content previously included in the collections Predators and Prey and Retreat, opening with a sequence of single chapter stories, by various writers. The second half is a tale by Jane Espenson, former writer for the TV series, in which the Slayers attempt to find sanctuary far away from their enemies – who inevitably find them, so ending the volume on a cliff-hanger. Joss Whedon supervises the plot developments as “Executive Producer”, but isn’t credited with any actual writing, though one suspects that, as he did on the TV show, he redrafts a number of the scripts before they are drawn.

Artwork throughout is by the team of penciller Georges Jeanty and inker Andy Owens, except for one tale pencilled by Cliff Richards.

The collection is rounded off by three short pieces: ‘Vampy Cat Play Friend’ by Steven S. DeKnight and Camilla d’Errico, and two vignettes concerning vampire-turned-reality TV star Harmony Kendall, both by Espenson, with art by Karl Moline. There are also alternate cover galleries, and extensive art notes from Jeanty.

If you think that Buffy Season 8 represents some of the best work published in comics, or need to have everything Buffy-related that comes out, then you’ll need to have this collection. If, on the other hand, you feel that, despite the attractiveness of the art, there is something missing in the material as compared with the TV series, then you’d be best advised to give this a miss. If you just want to try out these comics, go to the smaller trade paperback collections. Predators and Prey is the better of the two.