Buffy the Vampire Slayer/Angel: Past Lives 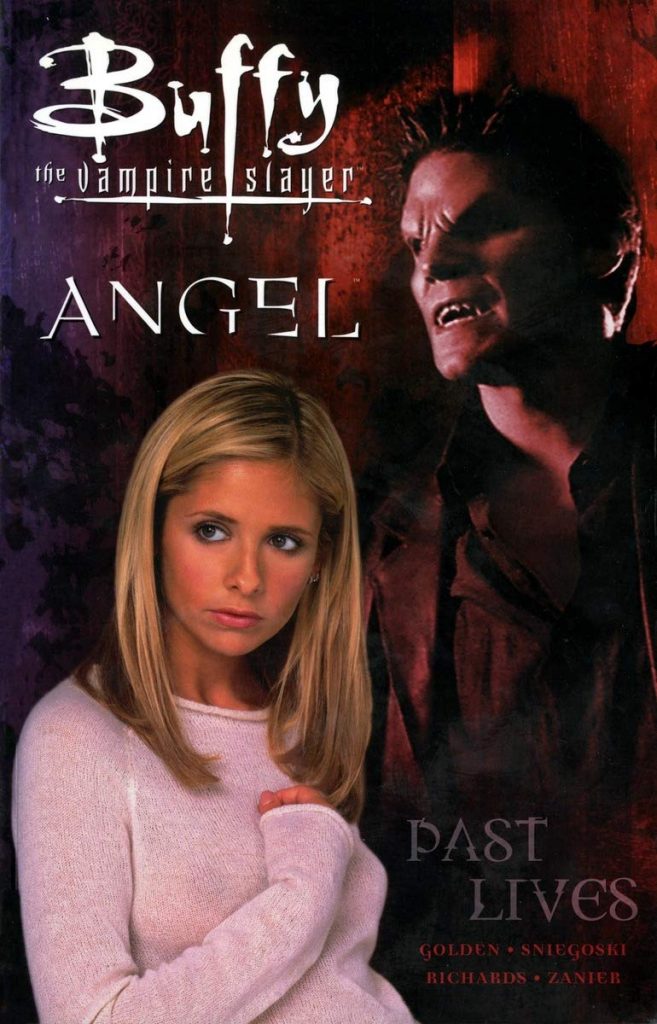 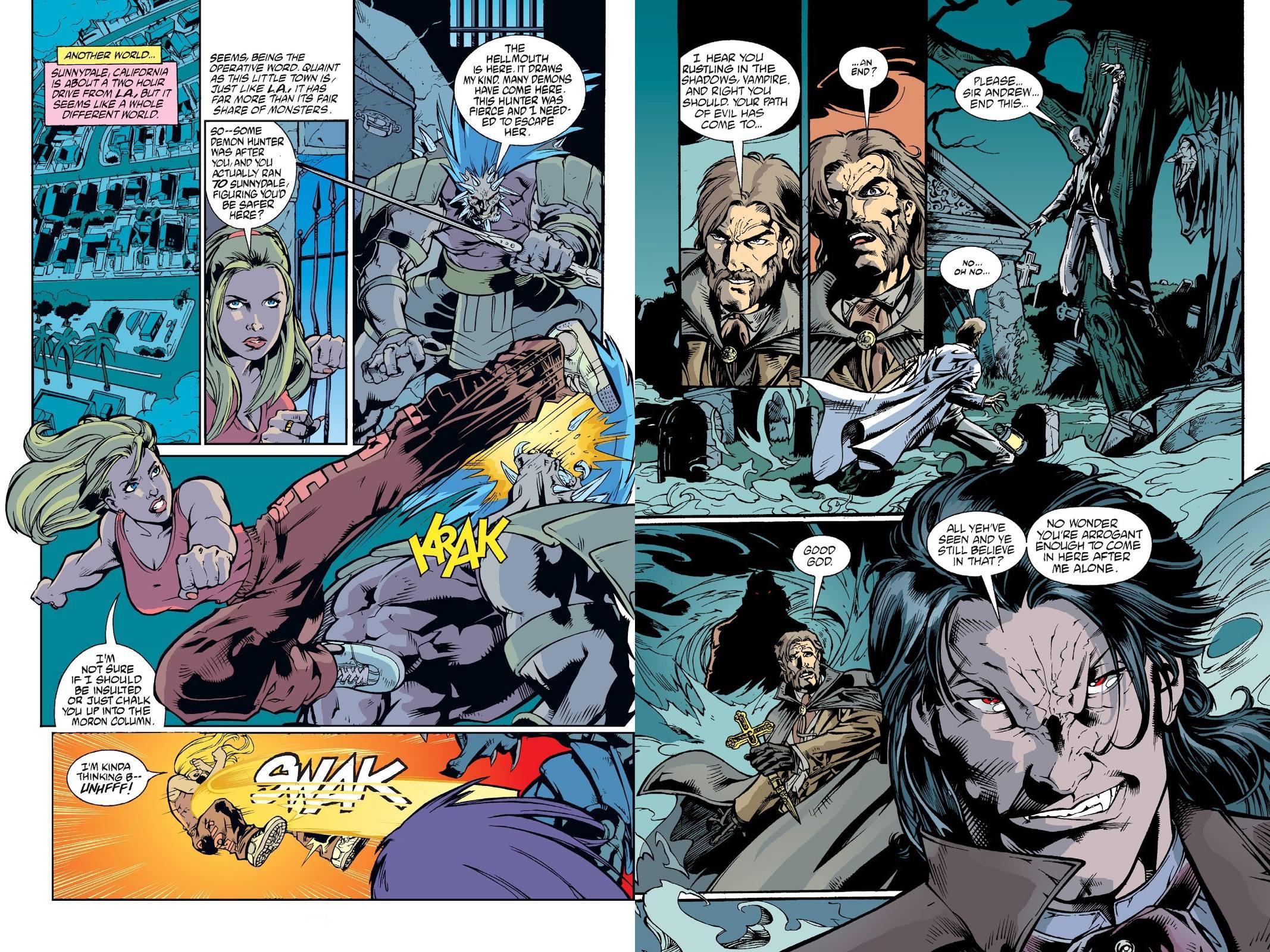 Past Lives begins with Angel learning that the Los Angeles demon community’s not happy about being targeted by a woman in addition to Angel himself, presuming she works for him. This isn’t the case, and he’s as puzzled as they are. Considering she takes lead cover billing, the logical assumption might be that Buffy’s been paying a sneaky visit, but she hasn’t, instead discovering that the demons are vacating Los Angeles and relocating to Sunnydale.

With the writing team of Christopher Golden and Tom Sniegoski handling both Angel and Buffy’s series at the time, teaming them was a no-brainer, and there isn’t the awkwardness of a different writer on alternating chapters. They don’t keep us waiting long to learn who’s killing the demons, but their behaviour is completely out of character, and causing concern elsewhere. The mystery of why sustains Past Lives. As the title suggests, the past is relevant, and so we see Angel a century prior on a couple of occasions, and it’s nasty stuff, although perhaps justified.

Golden and Sniegoski’s story is fast paced, with another demon forever jumping through a wall, so artists Cliff Richards and Christian Zanier emphasise that action. Zanier is the better artist, providing decent likenesses, and fitting a lot of people into the story without crowding them. Richards’ strength is dynamic page design, but he takes liberties with the way human bodies are constructed.

The plot develops into one of those where the solution becomes worse than the problem. Buffy and Angel’s foe is well trained, adaptable and powered by a grudge, and like the best episodes of the TV shows, convincing enough that there’s no certainty the title characters will survive to see another day. Golden and Sniegoski ensure there are moments for both Angel and Buffy’s supporting casts, but that’s pleasing the converted, and anyone who just wants a supernatural graphic novel and is vaguely familiar with the lead roles will find these moments intrusive. This isn’t for them, however, and both Buffy and Angel fans will be greeted with a rollicking adventure. It’s also featured in the second Angel Legacy Edition.