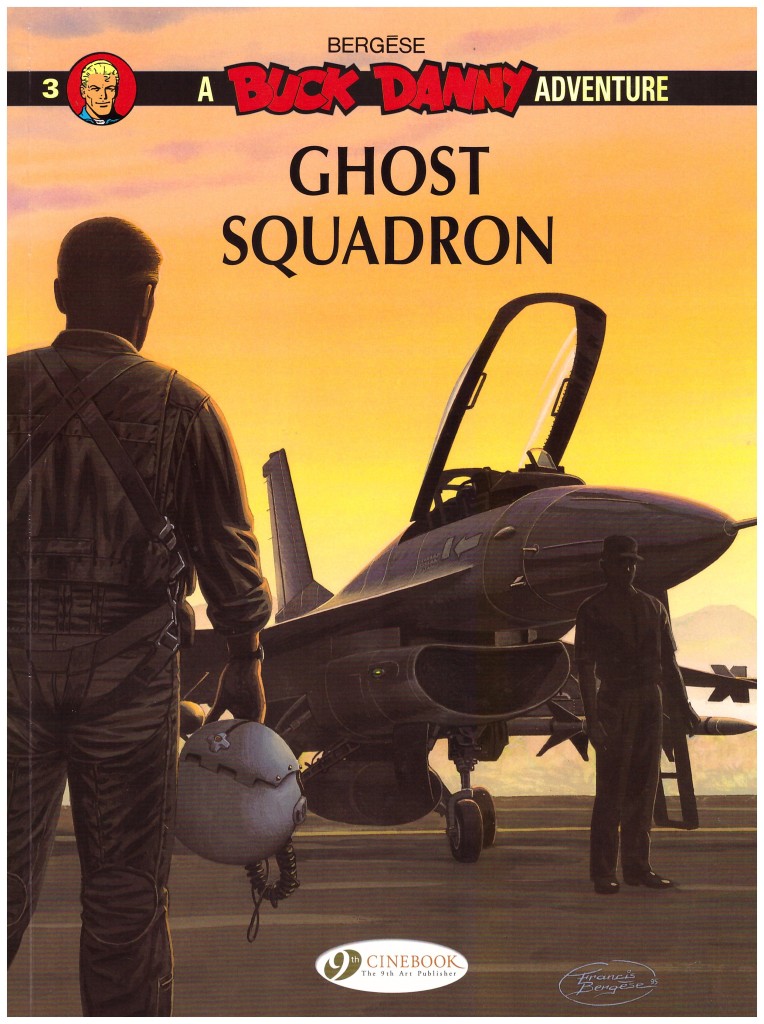 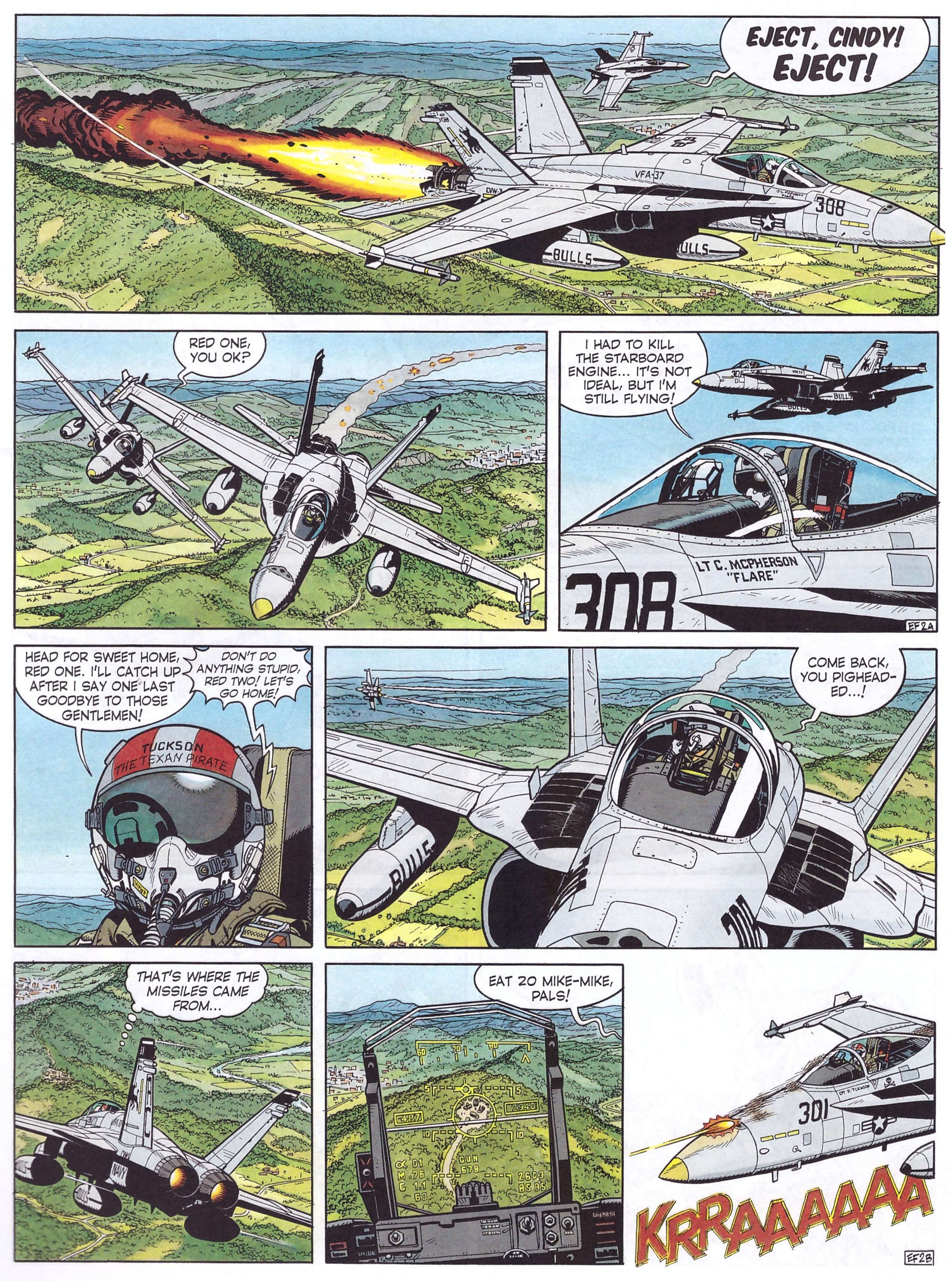 Ghost Squadron is a cut above many of Francis Bergèse’s Buck Danny graphic novels by virtue of delivering a considerable amount of plot and action over the opening dozen pages instead of allocating them to an excess of technical detail and explanations. While these sneak in, it’s never in the overwhelming manner that slows the progress of other Bergèse Buck Danny to a such a significant degree.

Originally published in 1996, Bergèse sets his plot around the conflict and atrocities that blighted the regions of what had been Yugoslavia since the start of the 1990s. He takes the view widely held at the time that Serbian forces in particular were manipulating NATO and UN ambassadors attempting to broker peace while aware there was no widespread public acceptance of what full involvement would cost.

Captain Tuckson, by turns grumpy and accident prone comic relief is awarded a larger part than usual. He’s very vocal about the United Nations strategy of confinement being completely ineffective in preventing atrocities. “If all we do is offer a few more sitting ducks to those creeps I don’t see what we’re doing here at all”, and spurred on by outrage he uses his plane for vigilante purposes to great effect. Instead of censure, his actions result in his allocation to a top secret task force. This is the Ghost Squadron of the title, a specifically selected group of top pilots provided with first class assessment training and planes lacking any international markings, based in Northern Greece. As the book continues, it’s Major Tumbler who takes his turn in the spotlight, making this a Buck Danny graphic novel in which the title character plays only a very small part. Prioritising plot over characterisation in the series ensures this isn’t a great loss.

There’s never any complaint about Bergèse’s superbly illustrated aviation scenes. His research is meticulous and there’s a beauty to his ligne claire scenes of sleek metal propelled by jet engines over verdant countryside. His people can be hindered by a static effect, but that’s not obvious in this book.

Other unmarked planes intruding into the same airspace ensure a tension and some great sky-based art, while the plot pulls toward a logical conclusion that should keep everyone happy.

Anyone not very keen on their aerial combat and hardware will find other Buck Danny graphic novels by Bergèse a daunting prospect, but The Ghost Squadron has far greater general audience appeal. It’s recommended as the book to try for anyone wanting to sample the series.