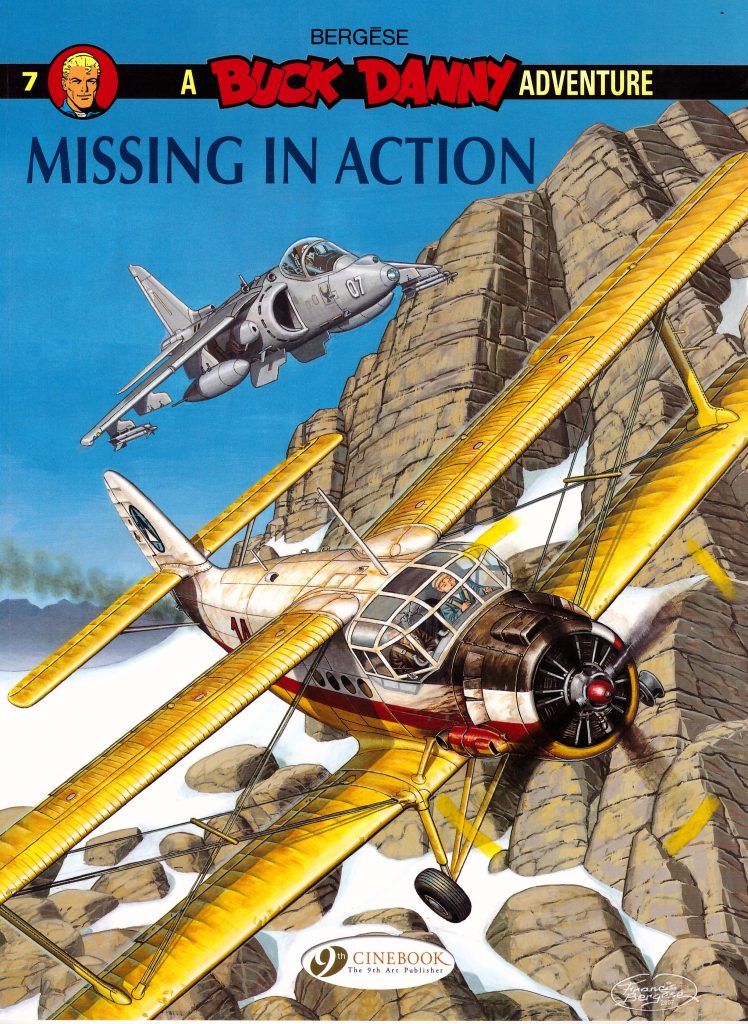 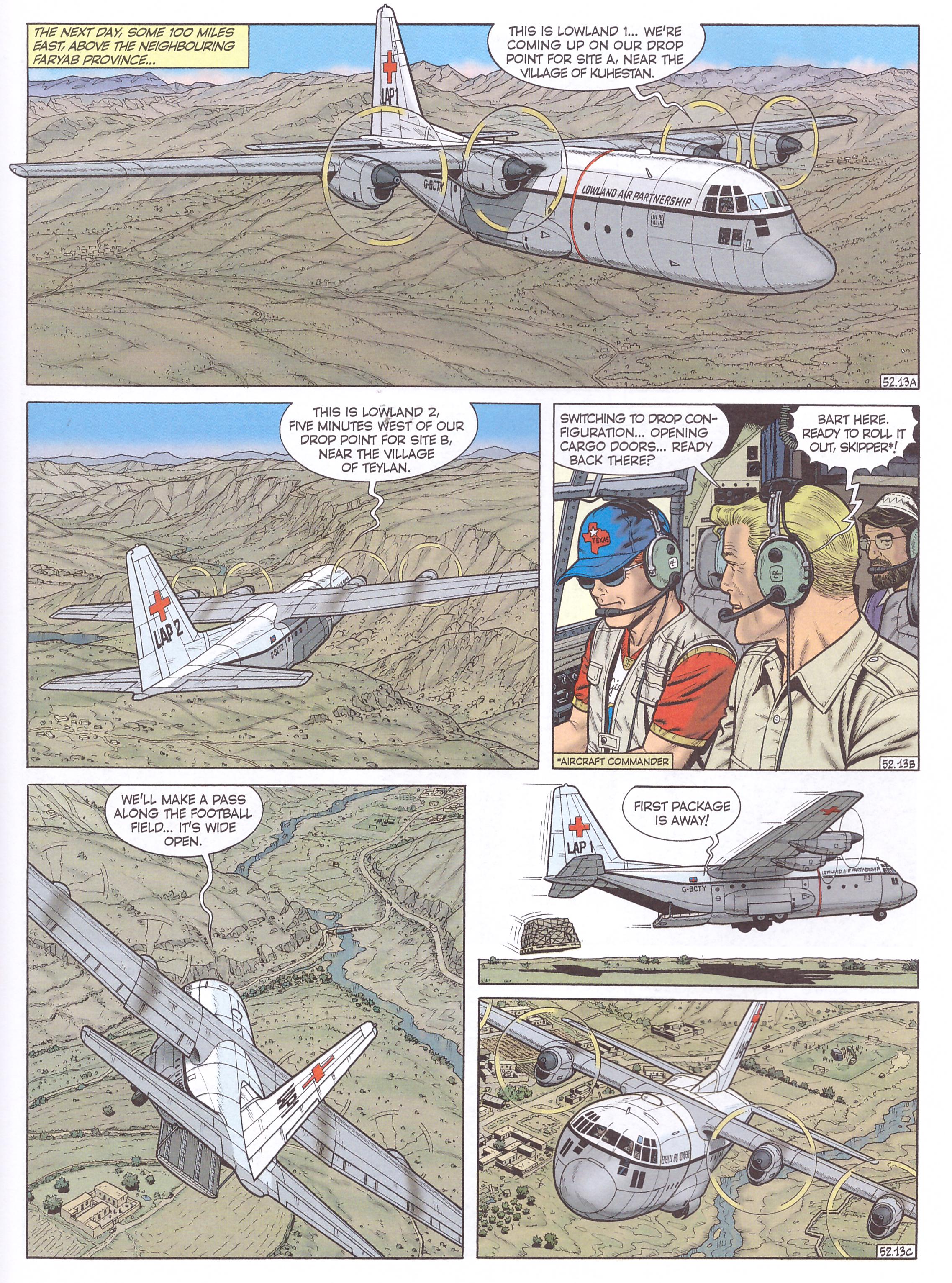 After 25 years drawing the adventures of American fighter pilot Buck Danny, Missing in Action is the final album created by Francis Bergèse and it’s just about his best, a taut action-thriller complete in itself and with a couple of decent surprises, not usually a strong point for Bergèse.

The person who’s missing in action is an American pilot in Afghanistan. He’s a CIA agent who’s disappeared while tracking an arms smuggling ring. Buck and crew have to adopt new identities, and the way Bergèse drops them straight into the compromises expected by local politics is interesting.

Missing in Action is the usual blend of Bergèse’s strengths and weaknesses, but the surprises about the plot elevate it slightly. As ever his scenery, backgrounds and locations are fully detailed, and all the planes meticulously researched and reproduced. If he names a plane, you can be sure it’s correctly drawn down to the placing of the final rivet, and as several others feature without being named, enthusiasts will probably also recognise them. He has a certain clenched jaw method of drawing the main cast, although to be fair to him, this has been inherited, and ensures everyone else looks different enough to be distinguished. The plot is relatively simple, but the big surprise is well concealed, and he has moved the feature on slightly by making sure Cindy is a part of the team. What detracts from the good is the lack of personality about the cast. Only Sonny has any kind of character beyond what’s required to service the plot, intended as comedy relief, and, as ever, the jokes around him are pretty feeble. He has a Texan accent – “Me? An accent? Where did he get that idea?” – and he gets drunk, although the wobbly lettering and deliberately misplaced word balloons are novel effects. As far as Tumb’s purpose goes, he could be replaced with a cardboard cut-out and no-one would know the difference.

As ever, the cast often explain the plot as they go along, and the sometimes wooden dialogue underlines this. It’s why Buck Danny works very well for its intended audience of young boys, but doesn’t travel well if you’ve not grown up with the series.