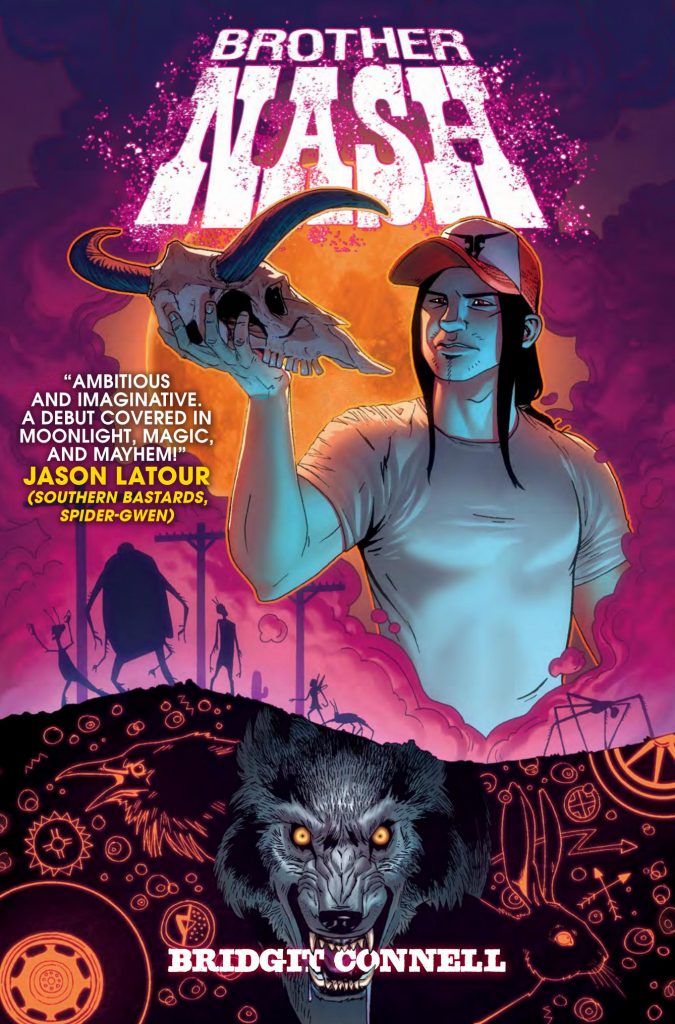 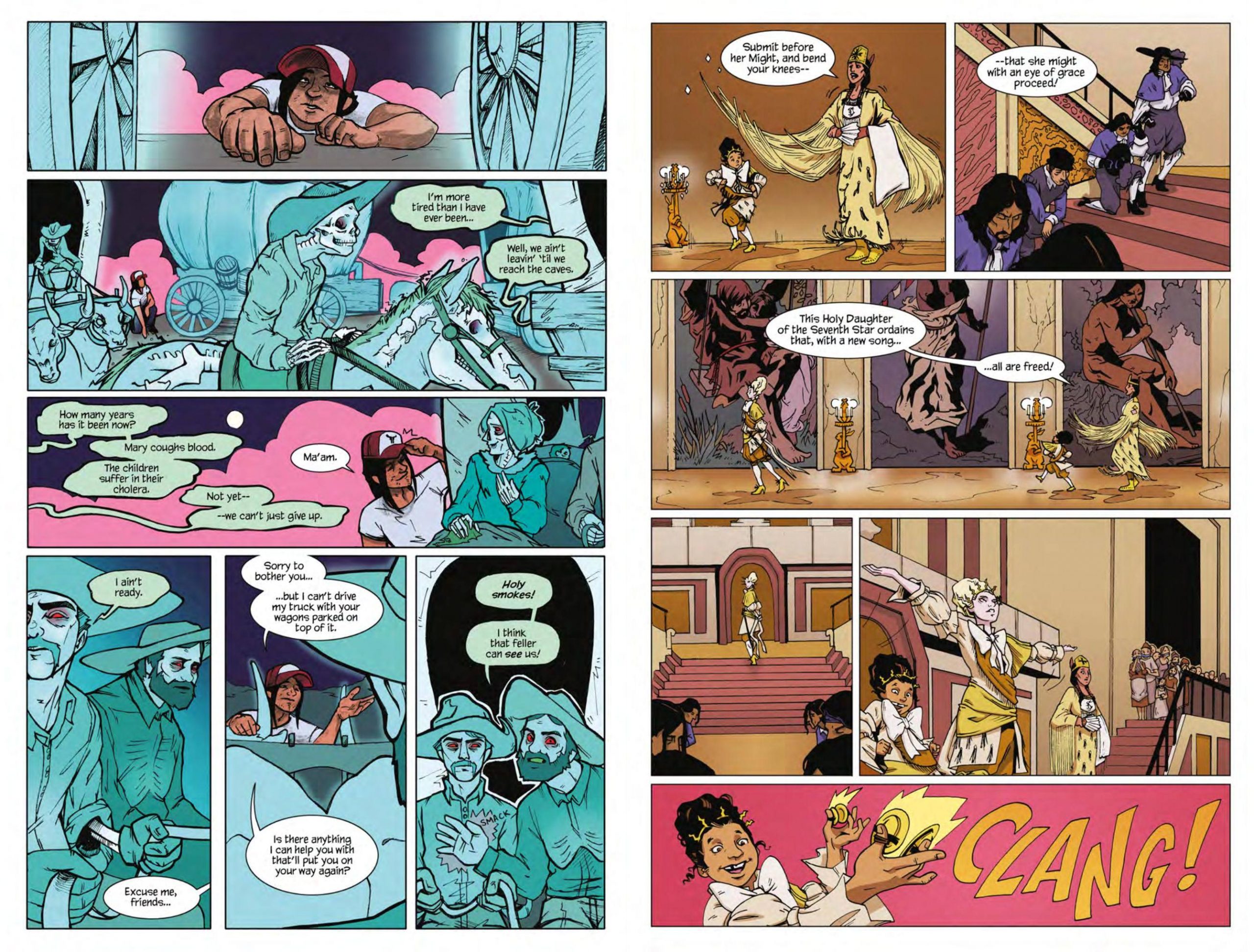 It’s always nice to be surprised by a graphic novel, and Bridgit Connell manages just that with Brother Nash. Just when she’s convinced us it’s an ordinary tale of a truck driver, she drops her opening surprise. It’s early in the story, so no spoiler to reveal that Nashoba is what’s considered an Ancient, who can not only see the spirits of the dead, but chat with them and help them move on to where they should be. We first see this after he’s picked up a young Mexican hitchhiker, characterised by Connell as having something on his mind at the very least, and she’s not yet done with the surprises.

Brother Nash turns out to be quite the conflation of old comics. There’s the old-fashioned moralistic standpoint taken by Connell via Brother Nash himself. He’s far more than he seems, able to scan the souls and intentions of people he meets, and this leads to situations that could have been taken from 1950s EC horror comics. There’s a little something of the Hulk, with Nash’s buddy being early Rick Jones as both protector and risk, while the hero trucker is something not seen in comics for decades. However, Connell adds other aspects to to create something unique, drawing on Native American culture with a smidgen of Mexican legends also thrown into the mix, along with an idea of what it’s like to be a trucker.

Connell’s artistic progression is considerable. The opening chapter is well designed, but with too many stiff figures, yet by the second there’s greater fluidity to the art, a natural sense of movement to people, and better defined expressions and action. During that, without going into detail, Connell gives a good idea of what Nash is, what he can do, and his greatest limitation.

Some clever storytelling is represented by the way Connell consistently drops in what seems to be passing colour, yet is actually relevant later. Even when this technique is apparent, she still manages to slip things by. This is during the course of taking the cast to some very strange places. You’d better believe a story that can include a twisted Mad Max sequence can also head to the 18th century as per the sample art, meaning there’s a constant surprise about where we’re led. The imagination is set high, and although this develops into horror, Connell’s approach features lighter moments, and her cartooning draws the sting from what would otherwise be disturbing material in which almost everyone introduced goes on one hell of a journey. There’s a lot of fun to be had here.