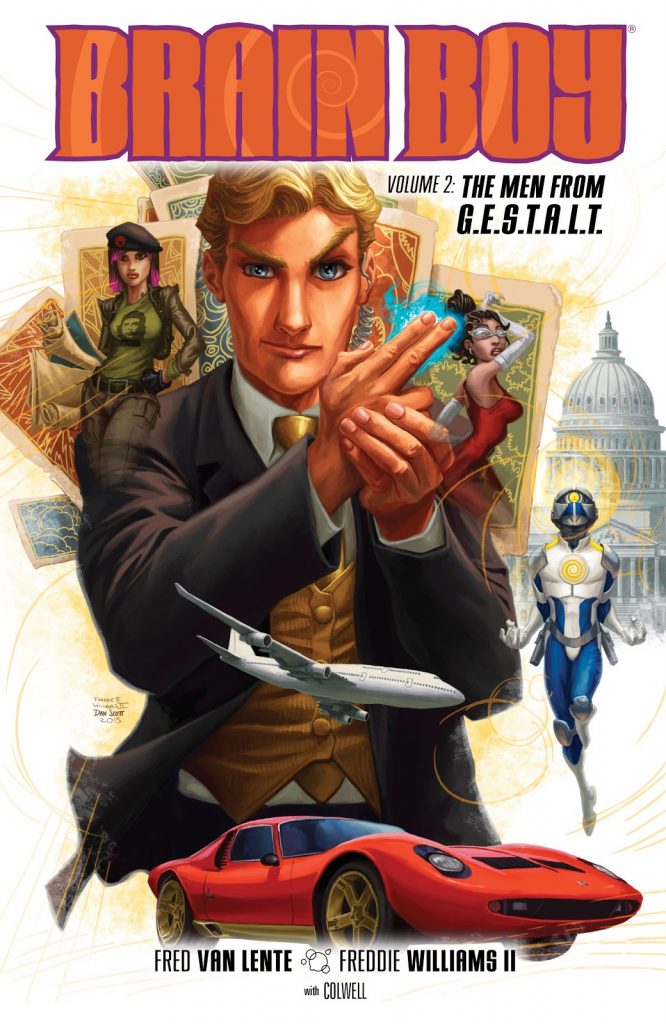 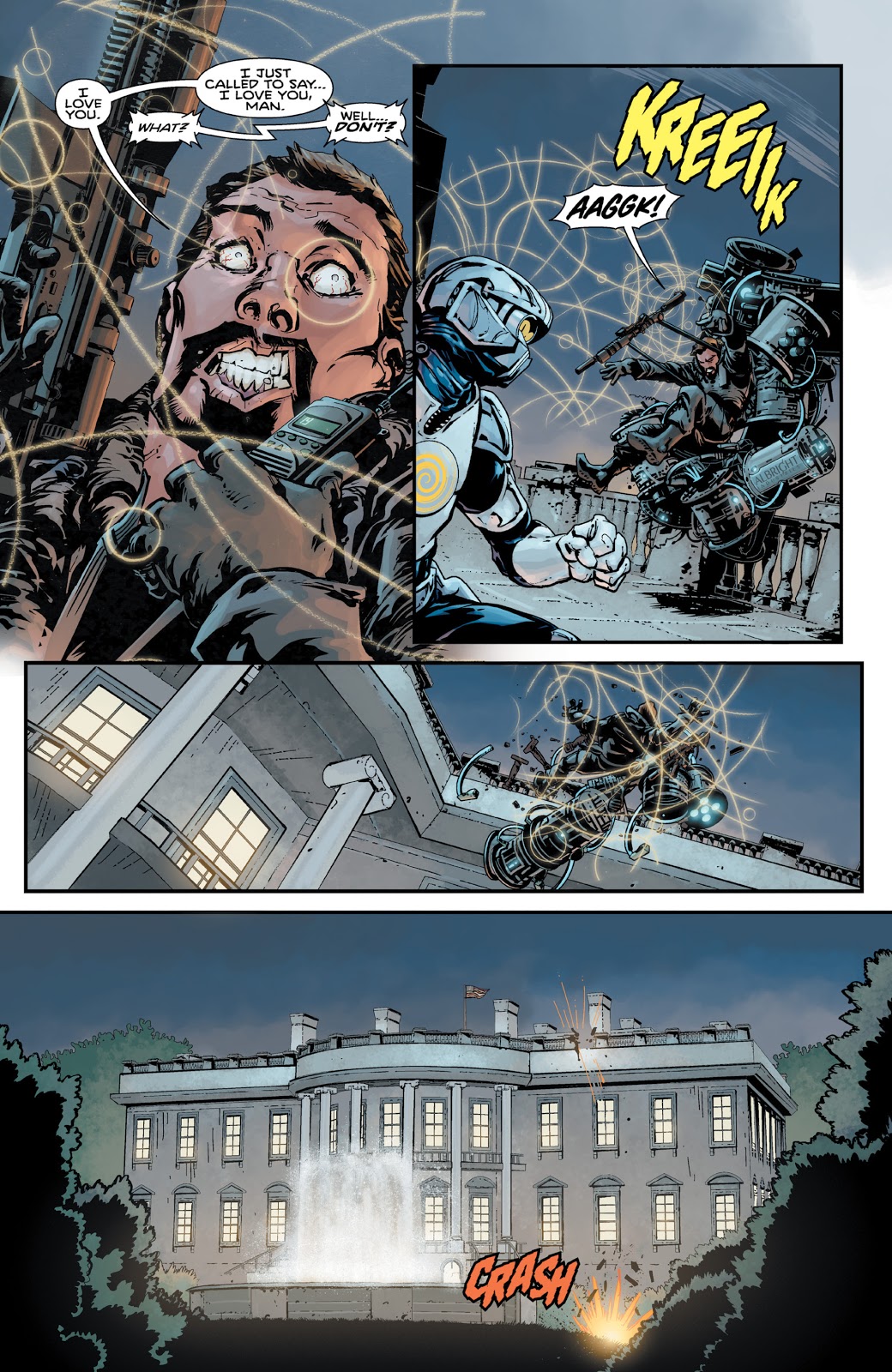 Matt Price, powerful telepath and telekinetic works for a corporation, but is seconded for protection purposes to the US government. At the end of Psy vs. Psy everything turned out okay for him despite a few shaky moments, and he ended up with a girlfriend to boot. Fred Van Lente obviously considered that level of comfort too cosy, so she’s dispensed with early, and he also sees no reason to have Agent Faraday concealed any longer, although as drawn by Freddie Williams II her apartment looks shabby considering her likely pay scale.

Otherwise Williams is very good, feeling more inclined to use a natural cartoon style than on the previous book where his pages had to mesh with the greater realism of R.B. Silva. The cartooning resembles Ian Gibson in places, which is no bad thing, and there’s a broader range of subjects to illustrate in that style.

Van Lente picks up on a plot from the previous book, but perhaps not the one expected, which means that despite early events, there’s a considerable difference of tone. Whereas Psy vs. Psy was a superhero story masquerading as an action thriller, this has more overt superhero touches before a leap into post-apocalyptic horror. The result ties into what Price can do and what he’s fighting, as well as continuing to have real world political issues bubbling in the background, but it’s less focussed and less satisfying than the first outing. As if to compound the feeling, there’s also an ending dropping a surprise readers are likely to have figured out a fair while before. The plan was that it presumably led into a third 21st century outing for Brain Boy, but that never happened.