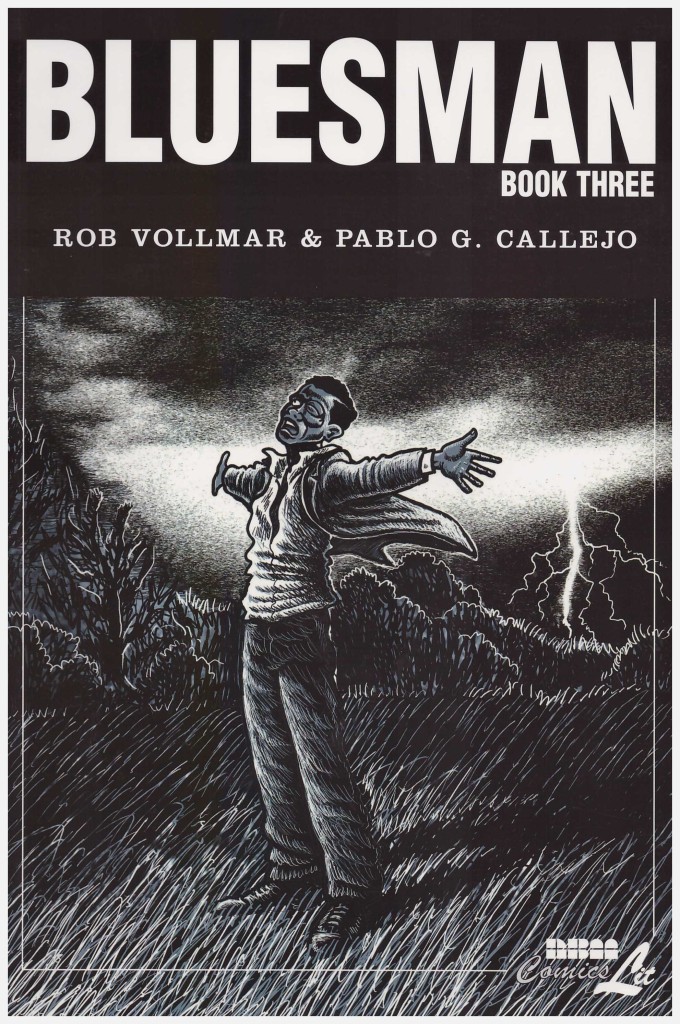 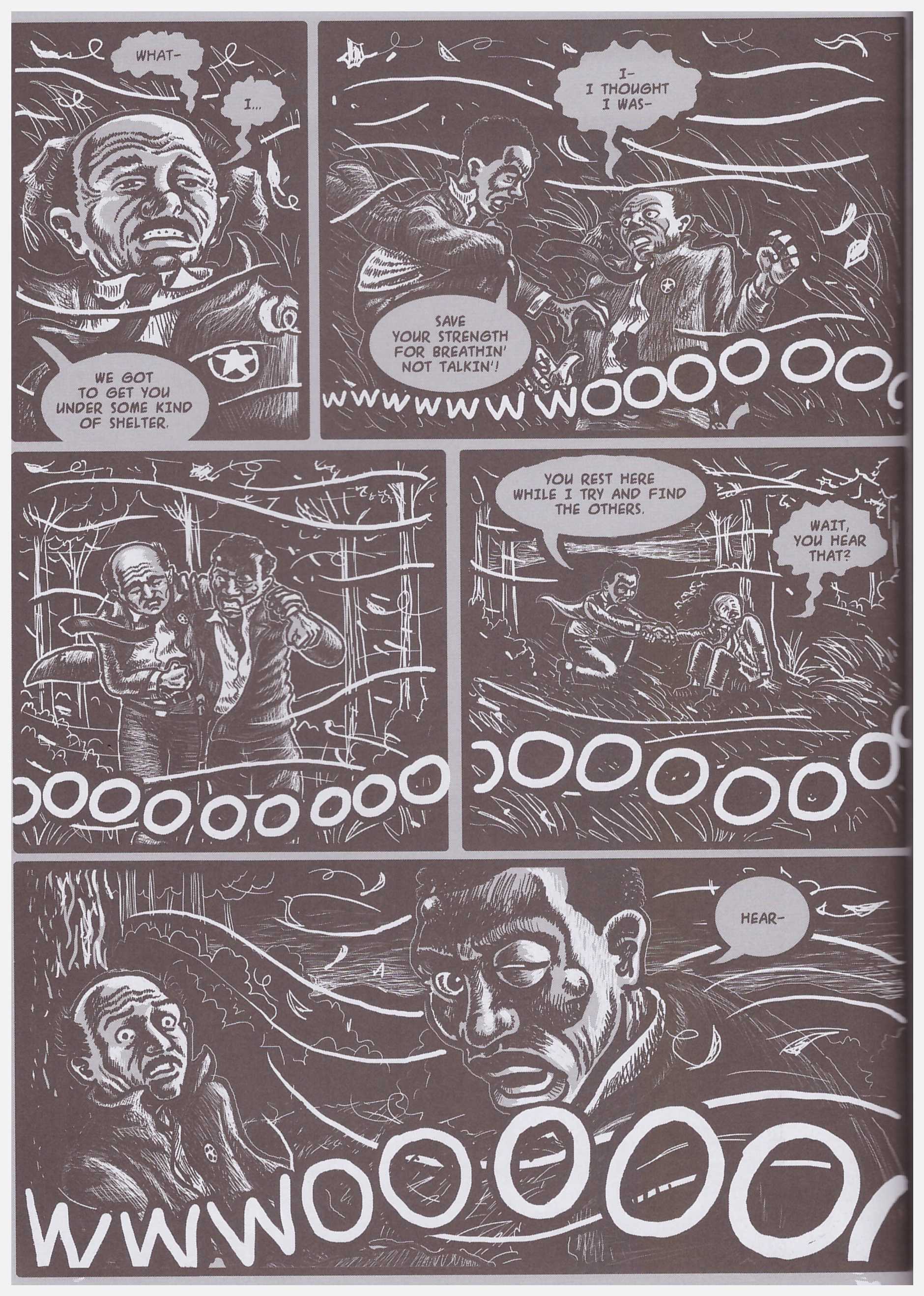 Things weren’t looking great for blues guitarist Lem Taylor at the end of the previous book. On his way to Memphis for a recording session he’d escaped from the frying pan to the fire, and had it reinforced that during the 1920s life was a cheap commodity for a black man in the USA’s Southern states. And he doesn’t yet know his name has been associated with the events he left behind.

Rob Vollmar and Pablo G. Callejo’s tragically evocative portrait of the society that produced the blues has so far been humane, shocking and memorable, and the conclusion lives up to the previous instalments. Actually, it surpasses them via a perpetual tension and the consistent improvement in Callejo’s art.

Fearing for his life, some hope is dangled in front of Lem as he recalls a possible source of aid. He is, let’s not forget, an innocent man, one able to keep his zipper shut, and the injustice of his appalling circumstances is again portrayed with immense sympathy. The honourable Sheriff Harold Beasley hasn’t yet met Lem, but that occurs here, in timely fashion, on a night that would evoke the spirit of any bluesman as Callejo supplies a lightning storm of biblical proportions over the hills, while Vollmar ties it in with a reckoning due.

With so many unpleasant touchstones of the era included, under lesser hands Bluesman could have devolved into a string of clichés, but there’s never the slightest hint of lapsing into the predictable as the story wends its way to a well poised finale. It’s been foreshadowed and it’s brilliantly locked into proceedings.

Much of that is due to Callejo’s excellence. His progress from first to last over Bluesman has been that of the accomplished novice to the comfortable professional, and the script pages in the rear of the book show just how much he’s brought to the table. These are sparse scripts, leaving Callejo to fill in the wheres and wherefores, to flesh out the story and the mood, and the work intensive method he selected pays off in readability all these years later.

Bluesman concludes with a suitably haunting epilogue that may well bring a tear to the eye. It’s best experienced along with the remainder of the story in NBM’s 2008 collected edition.