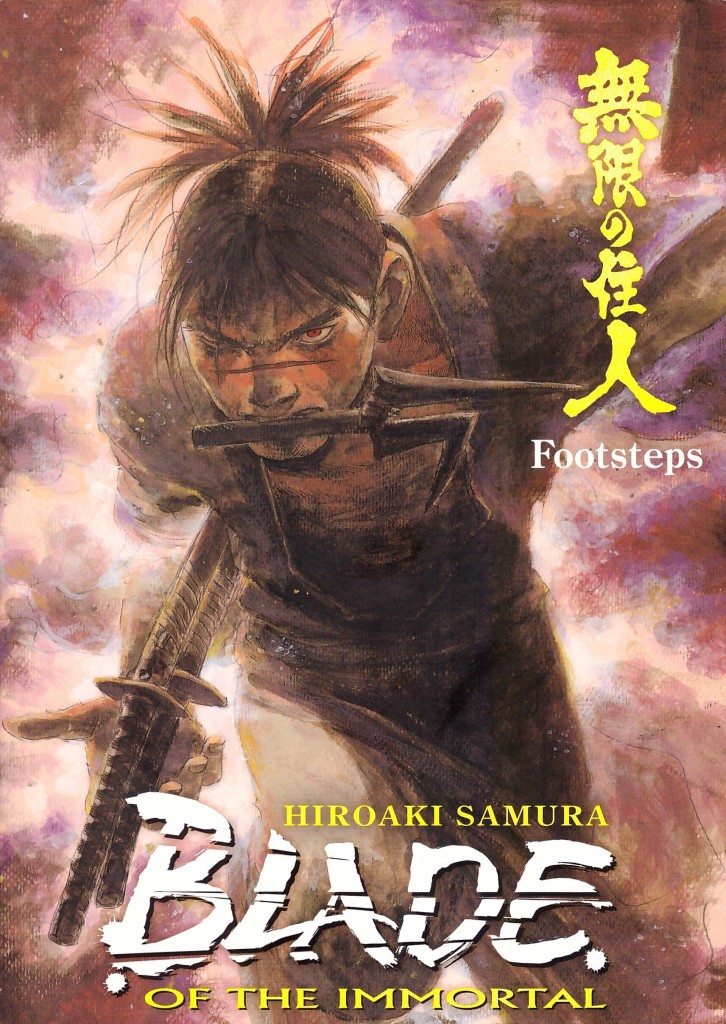 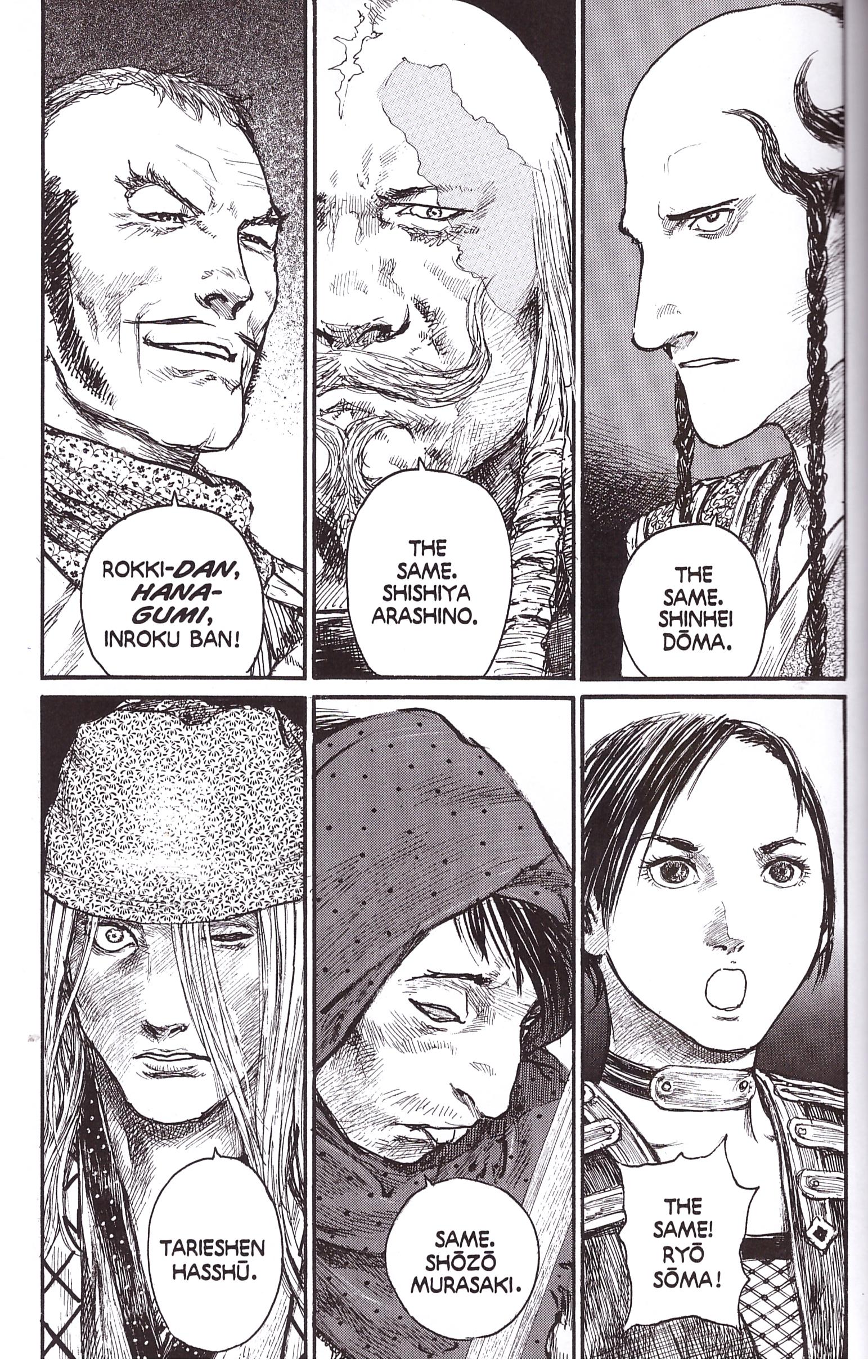 After the action intensity of Demon Lair over two volumes, some chapters of relatively quiet contemplation are surely required. Hiroaki Samura provides them for almost the entirety of Footsteps. As Blade of the Immortal is no ordinary series, however, they may be light on action, but they’re emotionally saturated, and even someone beyond redemption can be seen in a completely different light.

The events of Demon LairII have left Manji at a considerable disadvantage, hundreds dead and the local castle over-run. There’s a price to be paid, but a month’s grace before it’s exacted, which is enough time for local lord Habaki Kagimura to gather new allies, the six demons, to bring down the now out of favour Ittō-ryū once and for all. As ever, Samura has designed a visually distinctive and intriguing crew, and beside them he introduces two female ninjas Meguro and Tanpopo. That they’ll have a part to play over the coming volumes is indicated by their inclusion in a playful recasting of the book’s female characters as attendees at a girls’ school in an illustration at the back of the book. We also drop back in on the surviving Ittō-ryū, who may be in danger of extinction, but have plans of their own.

Much of Footsteps is narrative set-up. Promises are made by the Ittō-ryū, Edo’s new area commander is introduced and the prevailing chain of command emphasised, yet there’s also time for some light comedy, which has been a long forgotten style applied to Blade of the Immortal. For all that, there’s magnificence here in small doses. The new area ruler is sly and smarmy, yet enriches scenes in which he appears, and Anotsu Kagehisa’s journey continues to be compelling. With all the pieces moved into place, the next sequence proper begins in Scarlet Swords.