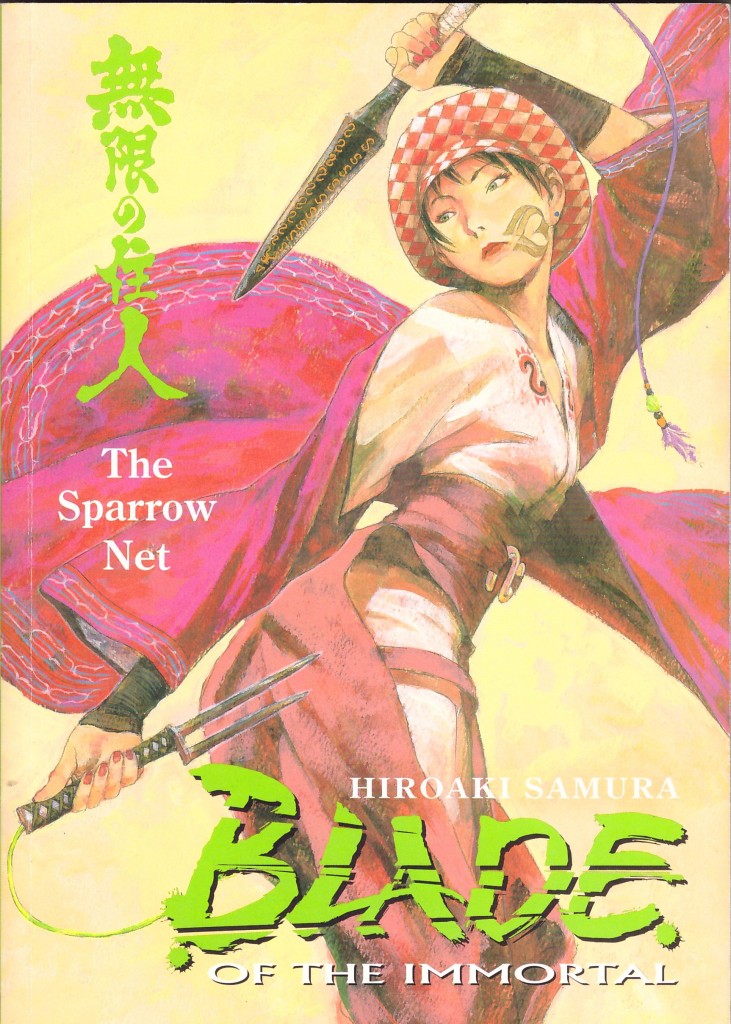 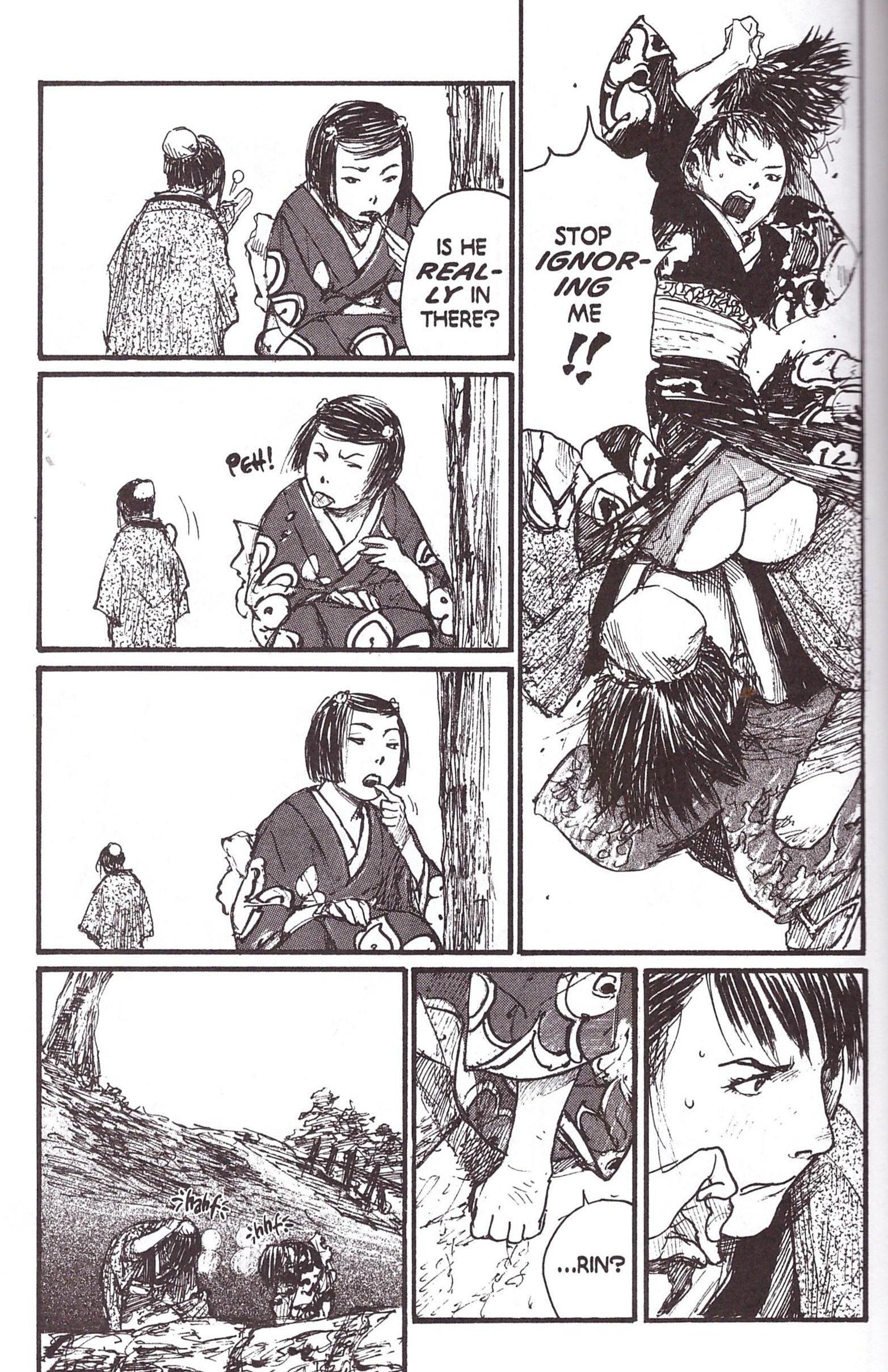 As The Sparrow Net opens Manji has spent two volumes captive and subjected to brutal experimentation intended to reveal the secret of his immortality. Every now and then Hiroaki Samura drops back in on him, but he’s a secondary concern for this volume, as exceptionally bleak comedy relief. In On the Perfection of Anatomy Rin was sidelined while Manji’s torture was the focus, but she’s been searching for him, and that quest now takes the spotlight.

Rin’s search has been in the company of Hyarukin, not quite the fearsome warrior she was since injuring her arm, but with other skills she’s able to fall back on. She and several others had been tasked with bringing down the Ittō-ryū gang, but their group is now disbanded and she’s out of work, which makes the opening chapter’s conversation in a cafe ironic, charming and instructional. That mood doesn’t last, as their other companion Dōa again manages to escalate a confrontation with the local police constables. It leads to an incredible scene, but is hardly helpful regarding the bigger picture. It leaves Rin with an obligation she really doesn’t need in the circumstances.

As ever, Samura is excellent at twisting matters around to introduce tension. It prolongs the overall plot, but entirely naturally, and The Sparrow Net offers a look at the way Christians were treated in feudal Japan. It’s as unpleasant as the casual attitude to anyone lacking privilege in society. Much of the other unpleasantness of this story arc stems from local feudal landlord Habaki Kagimura. He’s responsible for imprisoning Manji and the torture he endures, and is resolutely without conscience in the way he goes about his business, a true psychopath in times before that term was known. Here, however, Samura shows another side to Kagimura.

By the end of the book Rin and Dōa have discovered a shocking occurrence in which Kagimura has a hand, and Rin at least is beginning to make the connections regarding the bigger picture. Not that she can do much about it.

This is a volume where the back of the book glossary is exceptionally welcome, explaining as it does not only terms, but customs. These would be known to Samura’s Japanese readers, but for ignorant reviewers it’s a godsend. A few more superlatives might also come in handy. As a series Blade of the Immortal continually surprises. This isn’t just by where the plot meanders, but also via the subtle manner Samura perpetuates constantly shifting shades of grey. Despite being the series conscience even Rin isn’t entirely innocent, having faced ethical decisions where she’s come up short, although not in this volume. Samura really digs under the skin of his cast. Just because they behave with honour on one occasion doesn’t indicate that they’ll do so under different circumstances, and the more that’s revealed about anyone the less certain we can be about the way they’ll behave.

By the book’s conclusion we’re back with Manji and now completely demented Burando, who has actually made a medical breakthrough. Badger Hole continues the sequence.