Blacksad: They All Fall Down Part One 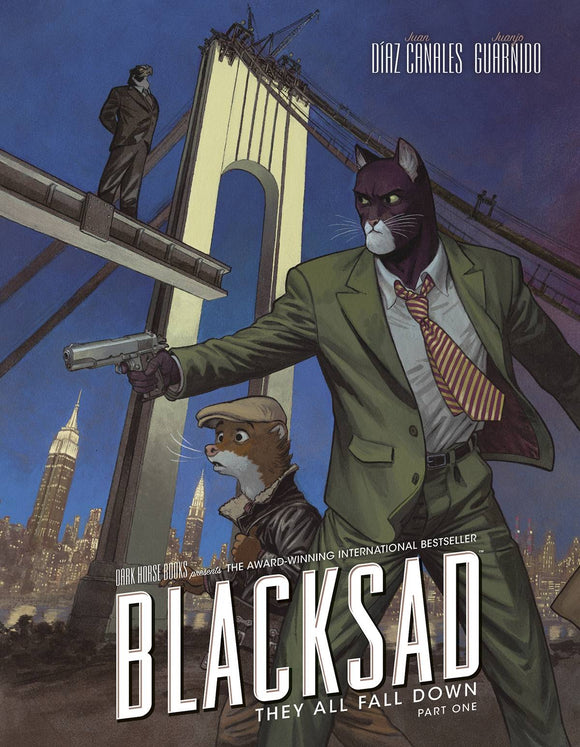 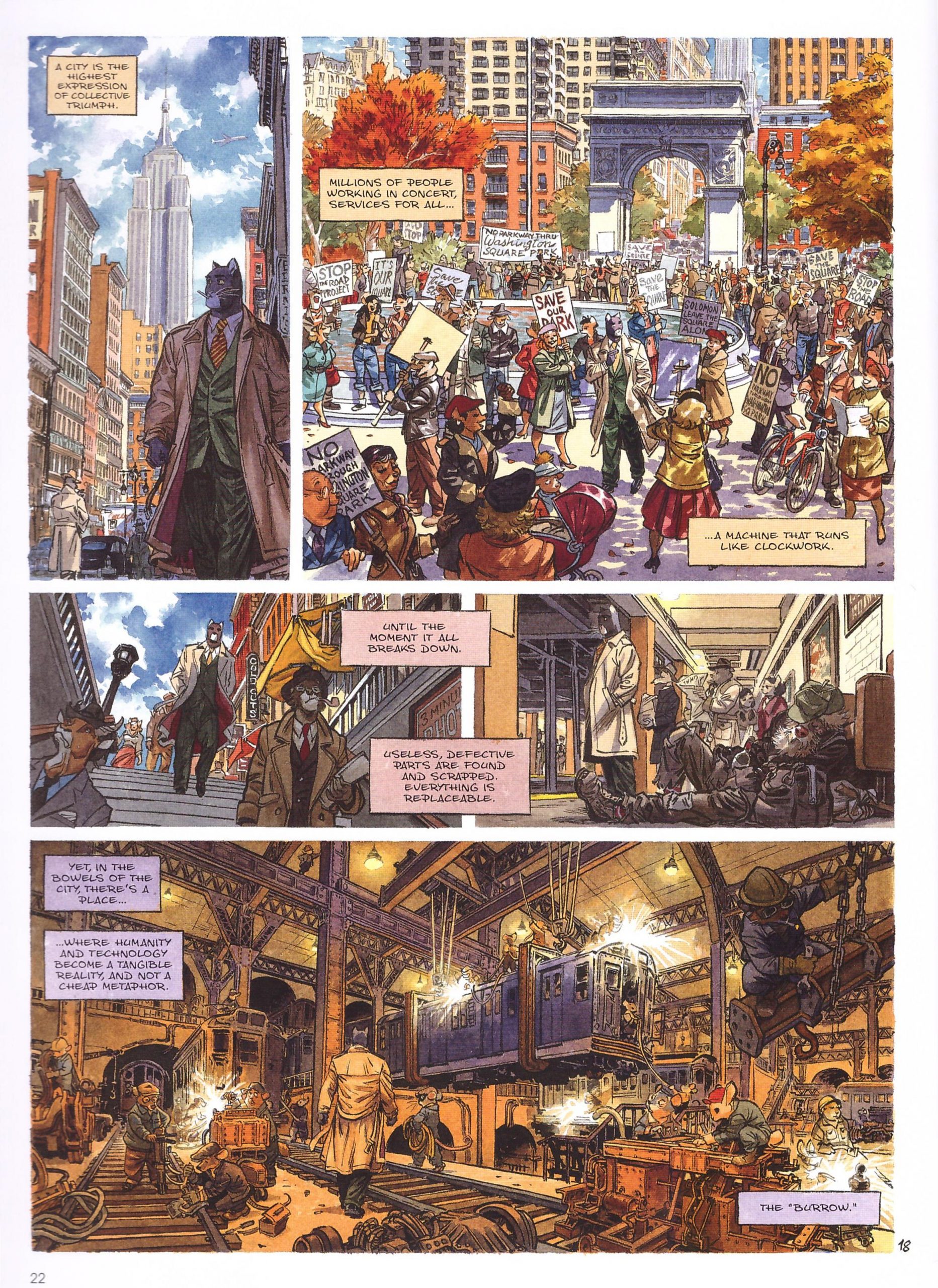 A new edition of Blacksad has been a long time coming, so is very welcome, but the torment is that They All Fall Down is clearly marked on the cover as Part One.

Juan Díaz Canales and Juanjo Guarnido supply a lot over the first dozen pages of an alternative New York in the early 1960s, starting with a Shakespeare in the Park performance of The Tempest interrupted by the police. While most artists prefer to avoid crowd scenes, Guarnido positively relishes them, packing the park in this multi-species world. The main players then split, Blacksad engaging a new client when saving him from a mugging and Weekly meeting his paper’s new editor while also scoring a job for a young woman he likes.

The choice of animals continues to be very suited to personality, with the predatory developer Solomon represented as an eagle, and first seen at the very pinnacle of the world’s largest suspension bridge, intended to carry his name. As Solomon notes, not even an omelette is constructed without breaking eggs, and as his influence on the city has been vast he’s been fortunate his secrets have been buried for decades. However, there’s now a possibility they may emerge, while Blacksad’s task is to protect the threatened Union organiser representing those working on the city projects.

Canales supplies a twisting plot involving a rich and diverse cast with a range of differing priorities, the complexity heightened via a sympathetic translation from Diana Schutz and Brandon Kander, but it’s still Guarnido’s art that’s the greater wonder. The form is gangster noir, yet despite a few scenes set in tunnels, shining the light is Guarnido’s preference. Every page is saturated with personality, each panel composed as a painting, yet they still combine so effectively to tell the story.

Every Blacksad to date has been a stunner, and this is no different. Consider what occurs from start to finish and there’s a real pace and density, yet the cast still have breathing space. Canales works his plot threads impeccably toward a jaw-dropping break, although the impact will be lost on any reader choosing this as their first Blacksad graphic novel. At They All Fall Down’s halfway point Blacksad and Weekly have barely been seen together, and while the title might seem to refer to Solomon tumbling from his position, a different, tragic, interpretation could apply. The gap between Amarillo and this volume was nine years, yet don’t wait for the conclusion. Despite this only being Part One there’s enough drama, mystery and suspense to provide total satisfaction. 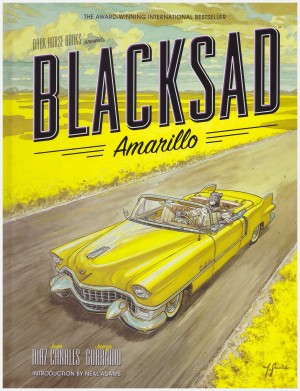