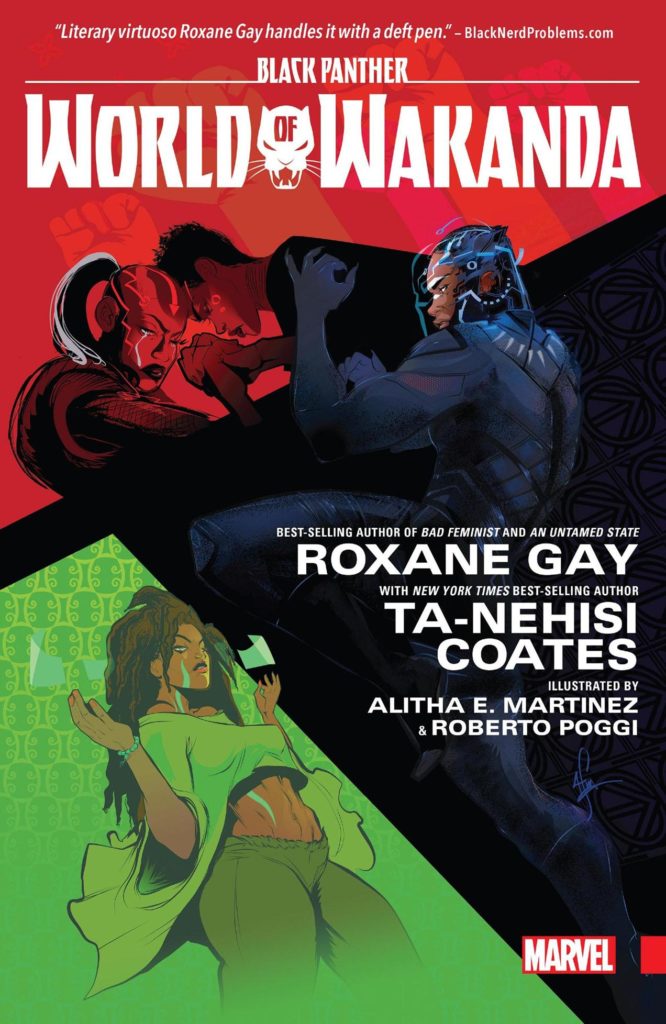 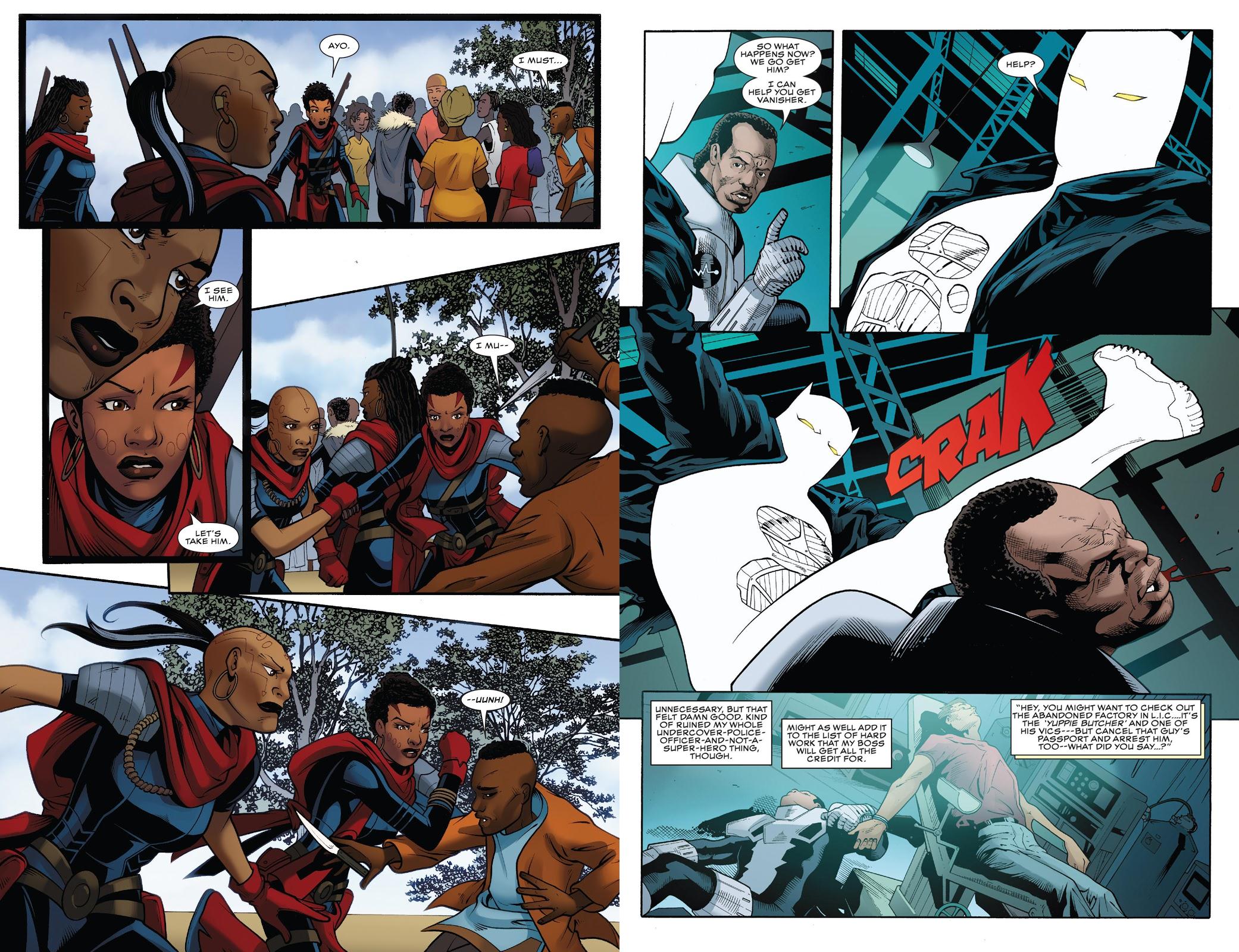 World of Wakanda supplies three stories, the longest of them being ‘Dawn of the Midnight Angels’ by Gay and Alitha E. Martinez, with Black Panther writer Ta-Nehisi Coates credited vaguely as “consultant”. The purpose appears to have been to reposition the Dora Milaje. When they were introduced Black Panther was a simpler series, so the King of the world’s most technologically advance nation having the services of an elite trained all-female bodyguard was, well, neat. However, a greater sophistication is now supplied to superheroes, the Black Panther in particular, and given the amount of context added to T’Challa and Wakanda over the past decade, the Dora Milaje appear altogether more suspect. A bunch of perfect females whose entire purpose is to fight for, and if necessary lay down their life to protect their King? Isn’t that a power fantasy just a step away from Conan the Barbarian? Some recognition of this was surely behind the hiring of acclaimed feminist writer Roxane Gay to inject credibility into what could be construed as sexist old tosh.

It begins with Ayo, proud new recruit to the Dora Milaje, and her immediately combative and competitive attitude toward Aneka her trainer. It continues after Ayo’s graduation and her assignment alongside Aneka to protect Queen Shuri, the Black Panther’s sister. There’s a validity to a plot where hostility disguises attraction, but not how it’s handled here, with dialogue alternating between trite and pompous accompanied by yearning thought balloons. The developing relationship and loss of faith in the Panther’s leadership sets up their position in A Nation Under Our Feet, while the broader political questioning distances the Dora Milaje from what they were. Martinez draws without any great emotional intuition, exaggerating expressions too far into the melodrama already signified by the dialogue. In her field Gay is enormously respected, but her field doesn’t extend to comics.

Tetu and Zenzi also feature as antagonists in A Nation Under Our Feet, and their grievances and background are investigated by Yona Harvey and Coates in ‘The People for the People’. At just ten pages it’s slim, but far more satisfactory, showing how Zenzi, living in Wakanda’s border region, could come to lose faith in her King. Afua Richardson’s art has a nice flow about it, being loose and lively, sometimes mixing montage with traditional panels and always featuring some decorative element.

‘Death of the White Tiger’ is disconnected from the remaining content, Coates again relegated to “consultant” as Rembert Browne spins a story of the White Tiger. It takes a look back in on Kaspar Cole, a police detective who once deputised for the Black Panther, but life since then hasn’t gone well for him. Joe Bennett’s art is polished, and the outcome tidy, but there’s no disguising it’s traditional superhero adventure well removed from the other two stories in tone. The White Tiger is used in Coates’ subsequent Black Panther series, but as a bit player rather than even a supporting character.

Enough smart people saw far more in the main story to ensure it won an Eisner Award, but was there really no better limited series in 2018?