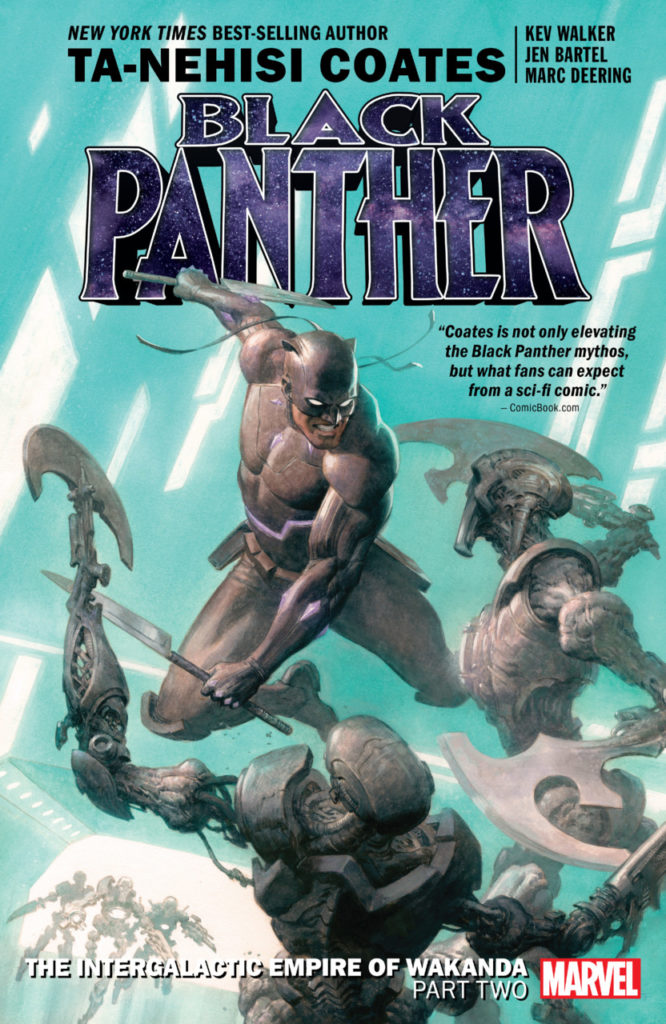 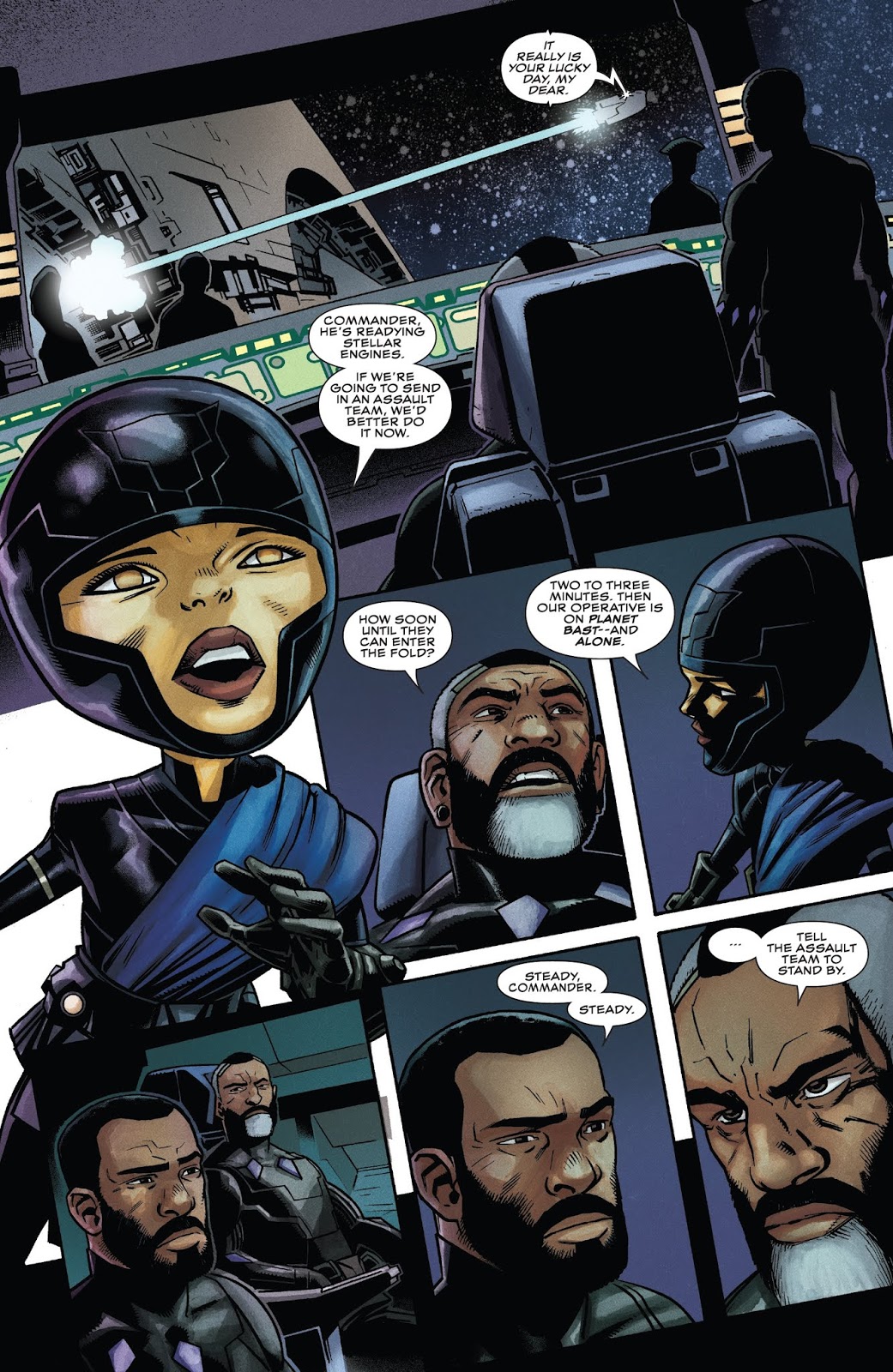 The Intergalactic Empire of Wakanda Part One revealed the Black Panther seemed to have been somehow transported two thousand years into the future, when the Black Panther of that era, N’Jadaka, heads the intergalactic empire of the title. He’s not a benign ruler, prompting an active rebellion that T’Challa has joined. To paraphrase a tagline so often used about superheroes in the past, this really is the Black Panther as you’ve never seen him before, as an adventurous warrior in space. While proving he can write space opera as well as the next Jedi, Ta-Nehisi Coates also makes a point about how black faces rarely extend beyond tokenism in film and TV science fiction.

T’Challa has lost his memory, but retains his innate skills as a warrior and strategist. As noted in a clever observation, however, he may be a great warrior, but he’s a poor soldier. That’s the key to this portion of Coates’ saga, adding an uncertainty. We know T’Challa will always do what he considers right, but is this always for the greater good? A revelation this time around is that T’Challa’s apparently not the only person from present day Wakanda to have ended up where he is, and it’s not the only good shock Coates drops.

If producing a galaxy spanning space opera, a better artist than Kev Walker couldn’t be wished for. He designs spacecraft and protective gear that convince, then applies the effort to some spectacular combat scenes, whether hand to hand or involving spacecraft. He’s also been given a gift by Coates in the form of T’Challa’s spear, a very visual weapon with a power akin to Thor’s hammer. There’s also the space to have Walker show what’s happening without the panels being plastered with pontification as in Coates’ earlier comic work. A depth remains, shown by how seemingly random events viewed in passing have a later purpose, their foreshadowing clever, which definitely makes The Intergalactic Empire of Wakanda go with the flow reading. Coates will eventually explain everything.

A considerable amount of thought regarding the cast is apparent. N’Jadaka seemed to have put all his problems behind him in Part One, but there are several ways to trouble an invincible foe, and T’Challa’s mother N’Yami has a surprising effect on the current narrative. That’s in a chapter drawn by Jen Bartel, which isn’t as effective as her previous contribution. Then it was drawing events separate from the main arc, but here it’s a continuation, and the difference between her sparser approach and Walker’s expanse is too great.

Things have moved onward considerably by this halfway point of the saga, with solutions provided for almost all the why and how mysteries, but with much still to be done. Oh, and there’s a killer cliffhanger ending to take us into Part Three.