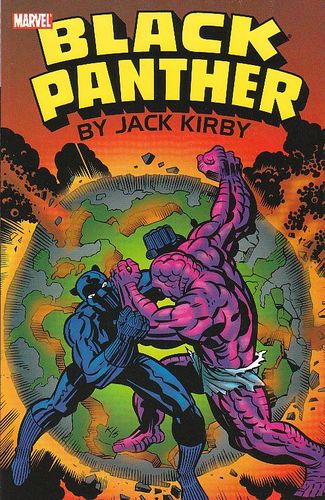 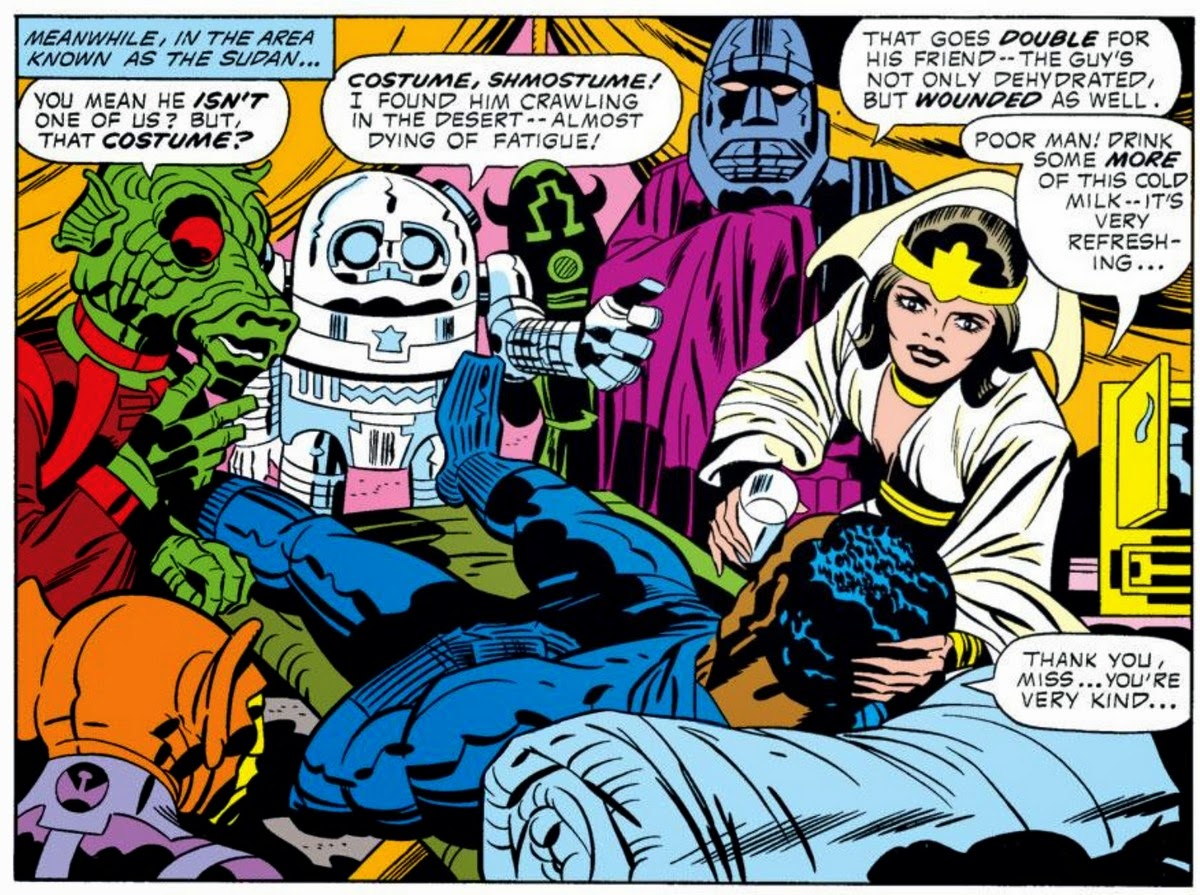 Jack’s Kirby’s initial work on the revived Black Panther series, is nowhere near his peak material, but certainly considerably under-rated. This second collection, though, is the work of a man rapidly losing interest.

Most of the story occurs in the Black Panther’s technologically advanced African kingdom Wakanda, where the vibranium ore deposit has transformed one citizen into a rampaging monster. With T’Challa absent it’s down to other members of the Royal Family to step into the breach. A misfit bunch, they’re Kirby’s updating of the kid gang sidekicks that populated his 1940s and 1950s, but not particularly well developed. T’Challa himself had been returning to Wakanda, but an act of kindness rescuing shipwrecked men results in betrayal and possible death as his craft crashes in the desert. It’s a very telling scene open to allegorical interpretation, particularly as the culprit only appears for this purpose and is then forgotten.

By this point Kirby was growing increasingly disenchanted with Marvel. The editorial autonomy he’d been promised was being eroded and reader reaction to his material was poor. He was never less than professional, and his art as inked by Mike Royer is stunning in places, but the material he’s producing for Black Panther here recycles old ideas and designs, something Kirby hardly ever did after ending his first run at Marvel. There’s even a brief Star Wars pastiche.

He didn’t even complete his story. That’s left to then editor in chief Jim Shooter plotting, Ed Hannigan scripting and the art team of Jerry Bingham and Gene Day. There’s no attempt to match Kirby’s art style, and while Hannigan at least attempts consistency with the Panther’s internal dialogue it’s an inspiration free zone.