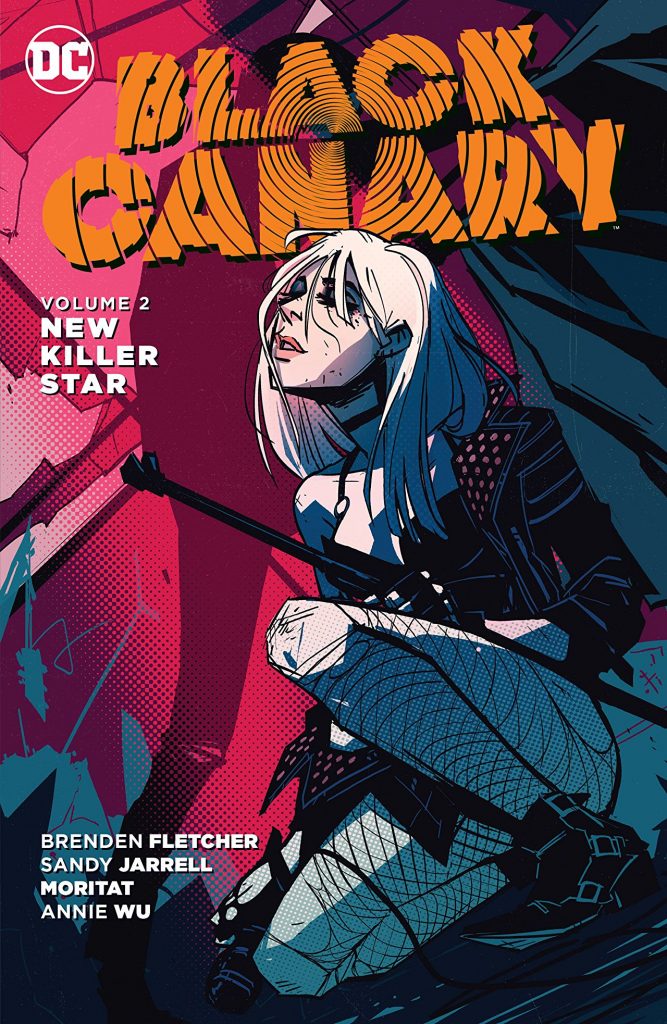 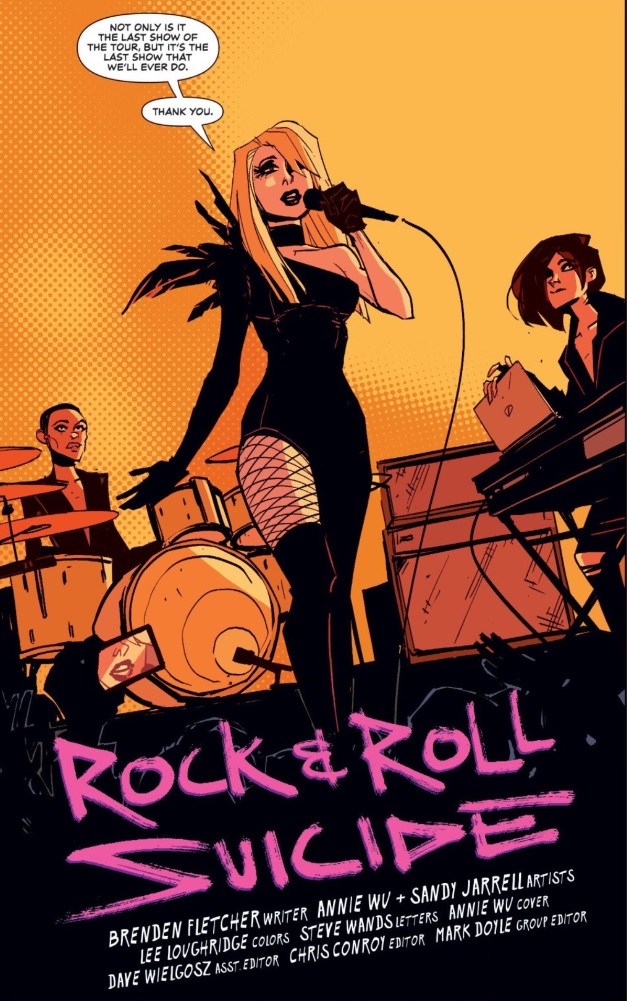 New Killer Star completes the 2016 end of Brenden Fletcher’s interesting, if unexpected, run on Black Canary. After the conclusion of the sf plotline in Kicking and Screaming, singer ‘D.D.’ (Dinah Drake) has parted company with her band Black Canary, and become involved with a ninja death cult. Along the way to the story’s resolution, there’s time for Fletcher to bring Batgirl back into Dinah’s life.

Fletcher’s characterisation remains strong, as does his knowledge of the modern music scene, complete with fanzine coverage of Black Canary’s activities. He also knows the value of a lengthy wordless fight scene, and several can be found here. One thing that has changed is that while Fletcher was writing this series David Bowie died. That clearly influenced his writing, particularly the final segment. On the negative side, important developments still seem to happen between chapters, and the whole thing can seem a bit rushed at times. One suspects Fletcher always knew he would only have twelve chapters to tell his story.

Annie Wu, who created the look, is largely absent, though she provides the cover illustrations reprinted between chapters, and returns for the conclusion (see sample image). In her absence, most of the art duties are handled by Sandy Jarrell, who maintains Wu’s atmosphere well. The only consistent part of the artistic team is colorist Lee Loughridge, who again colours for mood rather than realism, an approach clearly appropriate.

There is also a fill-in story by Matthew Rosenberg and Moritat, which does a fair job of capturing Fletcher’s approach, but never overcomes the feeling of an interruption. More in the way of bonus material, there’s also a short piece by Fletcher and Wu from Gotham Academy, about when the band Black Canary visited Burnside, and a preview of Batgirl and the Birds of Prey, which uses the band to engineer the reunion of Batgirl and Dinah. This last is pretty unnecessary, and accounts for Julie Benson, Shawna Benson and Claire Roe’s credits here.

New Killer Star is weaker than the first volume, but remains an interesting take on Black Canary, and both volumes need to be taken together as one long story. They are combined as Birds of Prey: Black Canary.