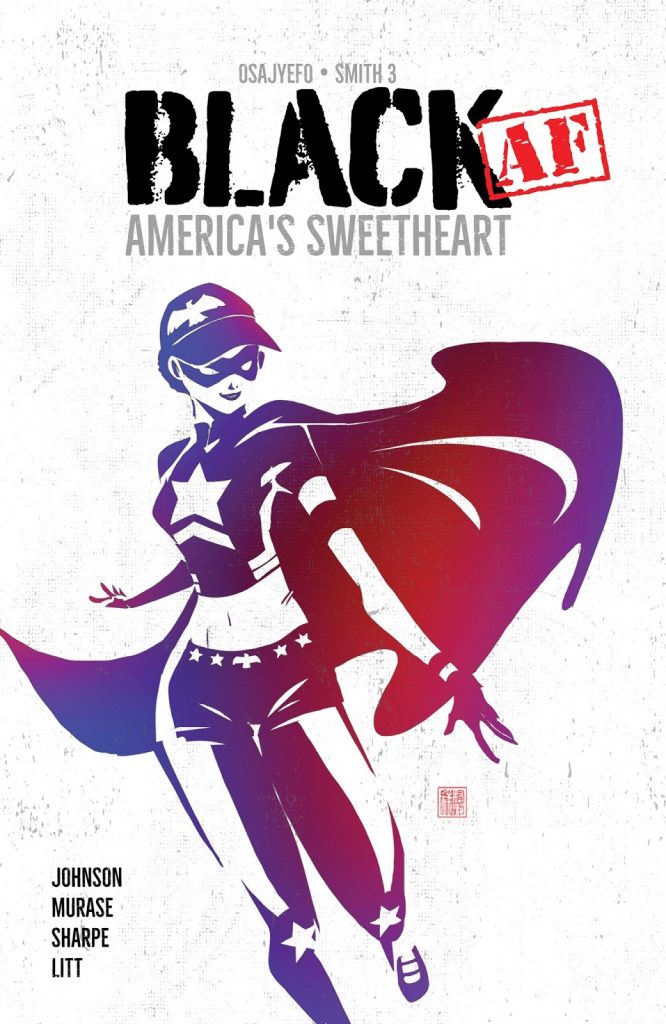 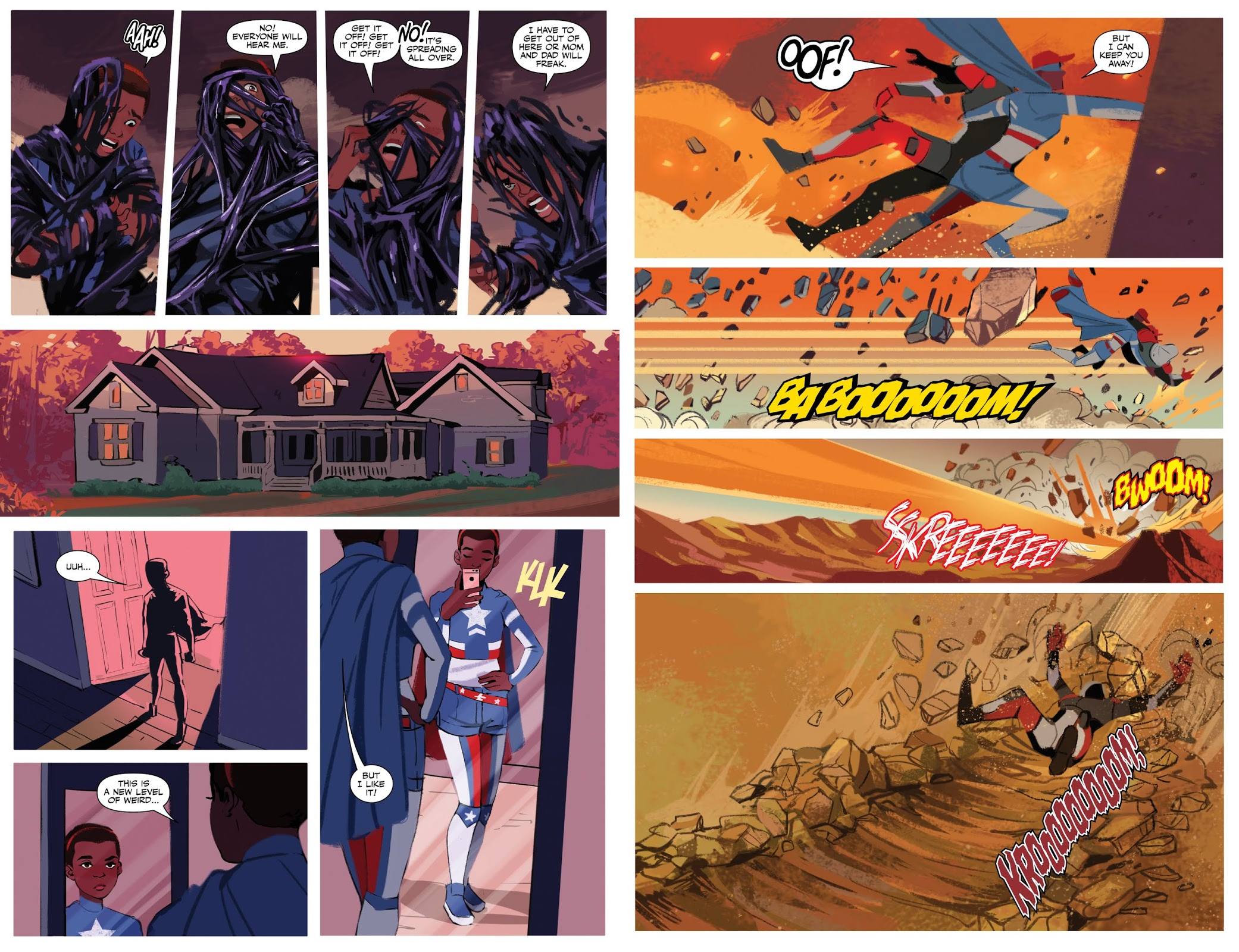 Eli Franklin and her adoptive parents have always known she has super powers, but that’s not the kind of thing an African American boasts about in Montana. America’s Sweetheart is set in the same world as Black, shortly after events of that story, in fact continuing it, but from a different viewpoint. News has broken about only black skinned people being able to develop super powers, and the government having known about this, maintaining a secret jail for decades. Kwanza Osajyefo begins with several pages of social media reaction, and Kareem Jenkins from Black stops by early with a warning. However, it’s not every adopted African American kid whose father works for the White House, and while Eli begins her career as an individual, she’s soon co-opted into the official government programme.

Unfortunately, the reason Black is such a great concept is because in our world so many people have issues concerning the skin colour of others, and that real world prejudice is played out. Eli, or Good Girl as she now calls herself is subject to a degree of manipulation and vilification during a rapid learning curve, and that’s before she begins to discover how it is she’s super powered. Osajyefo supplies this in very broad strokes, too much reduced to only being an issue of skin colour.

The simple method of avoiding black outlines (a subtle allegory?) makes Jennifer Johnson’s art distinctive and effective. Her version of Eli is open and friendly, designed as someone who the audience should instantly like, and while this may be Johnson’s first comics work, it’s apparent that there’s considerable artistic experience in another field. There’s not a page where the storytelling falls down, and the dynamism is first rate.

Black has been a considerable hit, so more graphic novels exploring the world are due, beginning with Devil’s Dye. Perhaps they’ll clear up the dead end Osajyefo seems to have marched his characters into. Eli now knows why she developed super powers, but it’s a hokey origin best forgotten. The world as previously introduced was intoxicating enough, and the revelations in America’s Sweetheart complicate the beautiful simplicity.