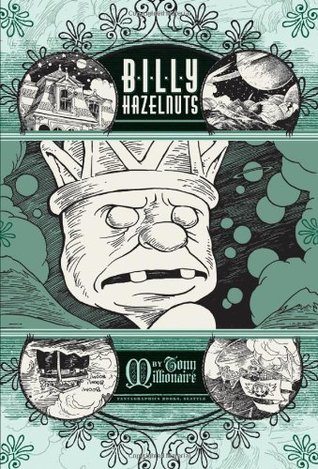 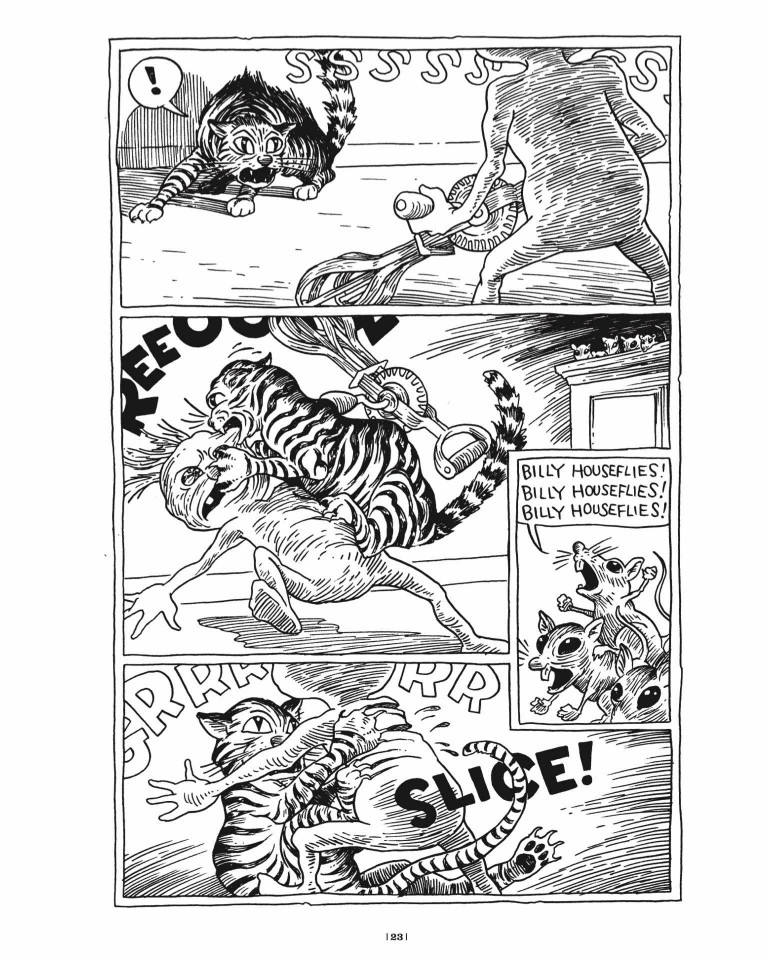 Born Scott Richardson, Tony Millionaire clearly loves to draw and does it very, very well. He seamlessly references classical art, the best of children’s books and an eclectic blend of pioneer draughtsmen like George McManus, Rudolph Dirks, Cliff Sterrett, Frank Willard, Harold Gray as well as the aforementioned Segar and Herriman with European engravings from the “legitimate” side of the ink-slinging biz. He especially cites Johnny Gruelle (Raggedy Ann and Andy) and English illustrator Ernest H. Shepard (The Wind in the Willows, Winnie the Pooh) as formative influences.

In 2006 the world was gifted the acclaimed and award-winning Billy Hazelnuts. It’s the salutary tale of a Golem built from garbage by oppressed, vengeful rats and mice. Originally a ghastly, fly-bedecked monstrosity, Billy is rescued and redeemed by little girl/mad scientist Becky who gives him Hazelnut eyes and a fresh-baked confectionary body, after which they undertake a series of incredible adventures in and around the solitary domain of Rimperton Farm.

Apart from conquering the unknown through science, Becky’s major goals in life are having uniquely fantastic adventures and avoiding the unwelcome attentions of prissy nerd and aspiring poet Eugene. However, just as she and Billy explore the heavens above them, the odious ode-ster fuelled by rejection, turns to sky-borne piracy, leading a crew of robots… until they mutiny…

Thankfully Hazelnuts is a forgiving loon and accepts his apology just in time to bring him aboard their new animal ark for a showdown with the mechanical malcontents and an eye-popping exploration of the starry night.

It’s an absurdist triumph, both thrilling and comforting and suitable for all ages, and there’s a sequel: Billy Hazelnuts and the Crazy Bird. 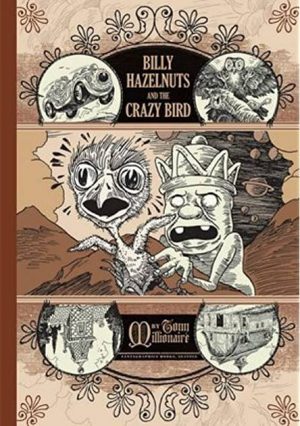