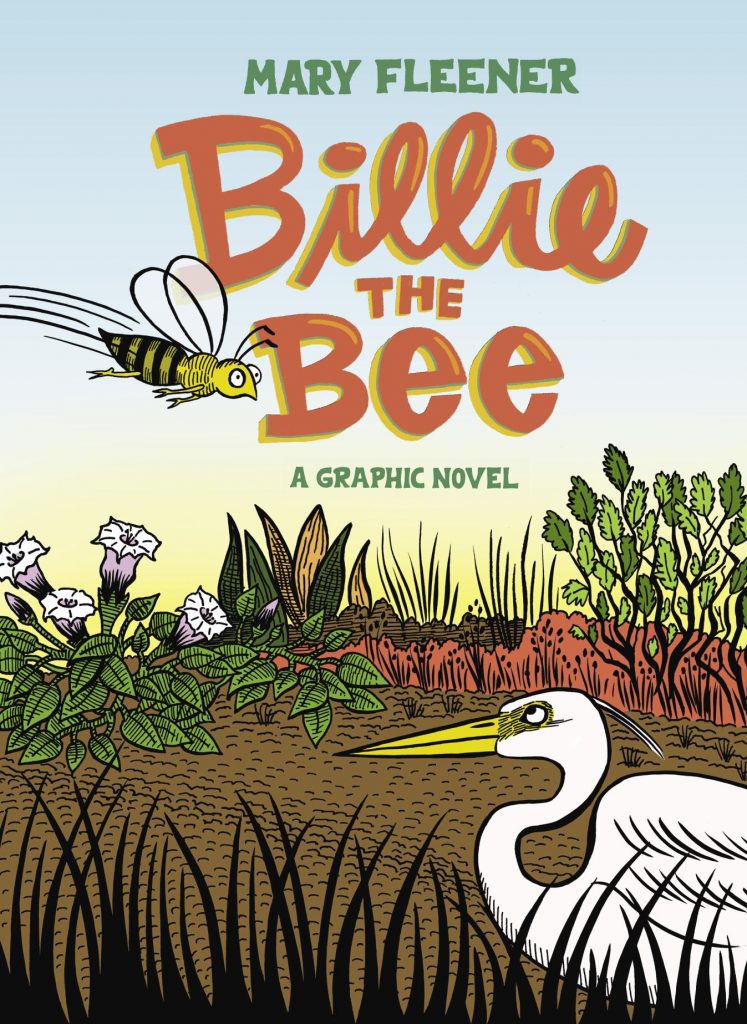 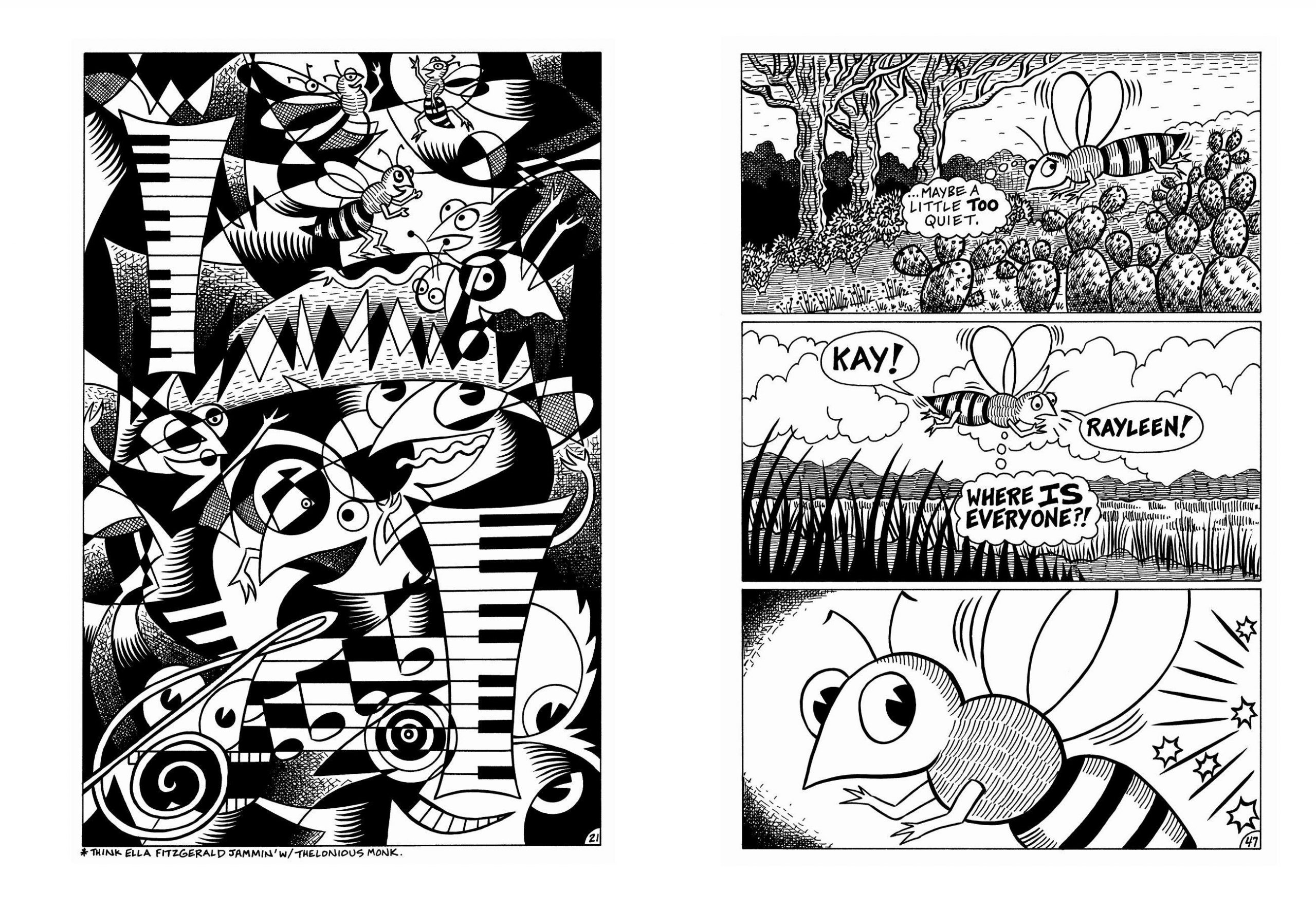 Until Billie the Bee, Mary Fleener’s long comics career has largely been as a contributor of short stories to anthologies. Many of those stories have involved personal experience, so it’s surprising not only that she should finally produce an original graphic novel after all these years, but that her chosen genre is a children’s story.

Billie is not just a bee, she’s an extremely large bee, bigger than any other bee in her hive and as such best suited to being a ranger circulating outside and warning ahead if a threat is imminent. Because she has a chirpy personality she engages with the other animals in the vicinity, finding out about them and introducing them to each other despite a wariness on the part of the more vulnerable. From conversation comes understanding, and along the way Fleener delivers a lot of information about bees and other creatures. Any thoughts of Billie’s lagoon being a metaphorical stand-in for the world evaporate as it’s underlined how nature is raw in tooth and claw, and however diligent, animals aren’t equipped to cope with natural disasters.

An artistic signature of Fleener’s work is her drops into almost cubist comics, which it might be thought were at odds with the subject and audience, but pleasingly, as the sample art shows, she just adapts that approach to signify conflict. Fleener otherwise draws the animals almost naturally, with some exaggeration in providing Billie and the occasional other bee with an expressive cartoon face.

Rather than go with the usual cuddly creatures populating the area around a swampy lagoon, Fleener opts to focus on a coyote, a snake and some potty-mouthed turtles, portraying dogs as a threat and rabbits as prey. Through Billie and the other creatures she sells a strong ecological message, also informing much about bees, the asterisks and footnotes bringing to mind the science explanations found in 1950s and early 1960s DC comics. However, the message comes along with a fair amount of subversive content, the honey with which the young adult readership are lured into education. As such it’s creatively successful and Fleener’s own off-centre personality shines through.