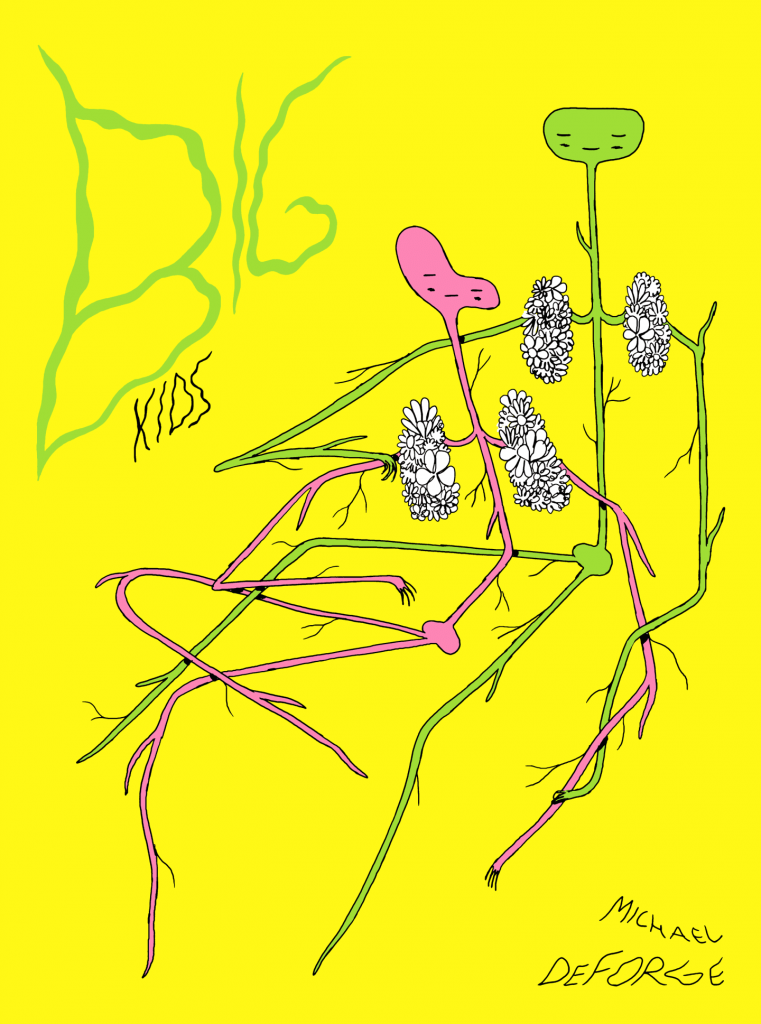 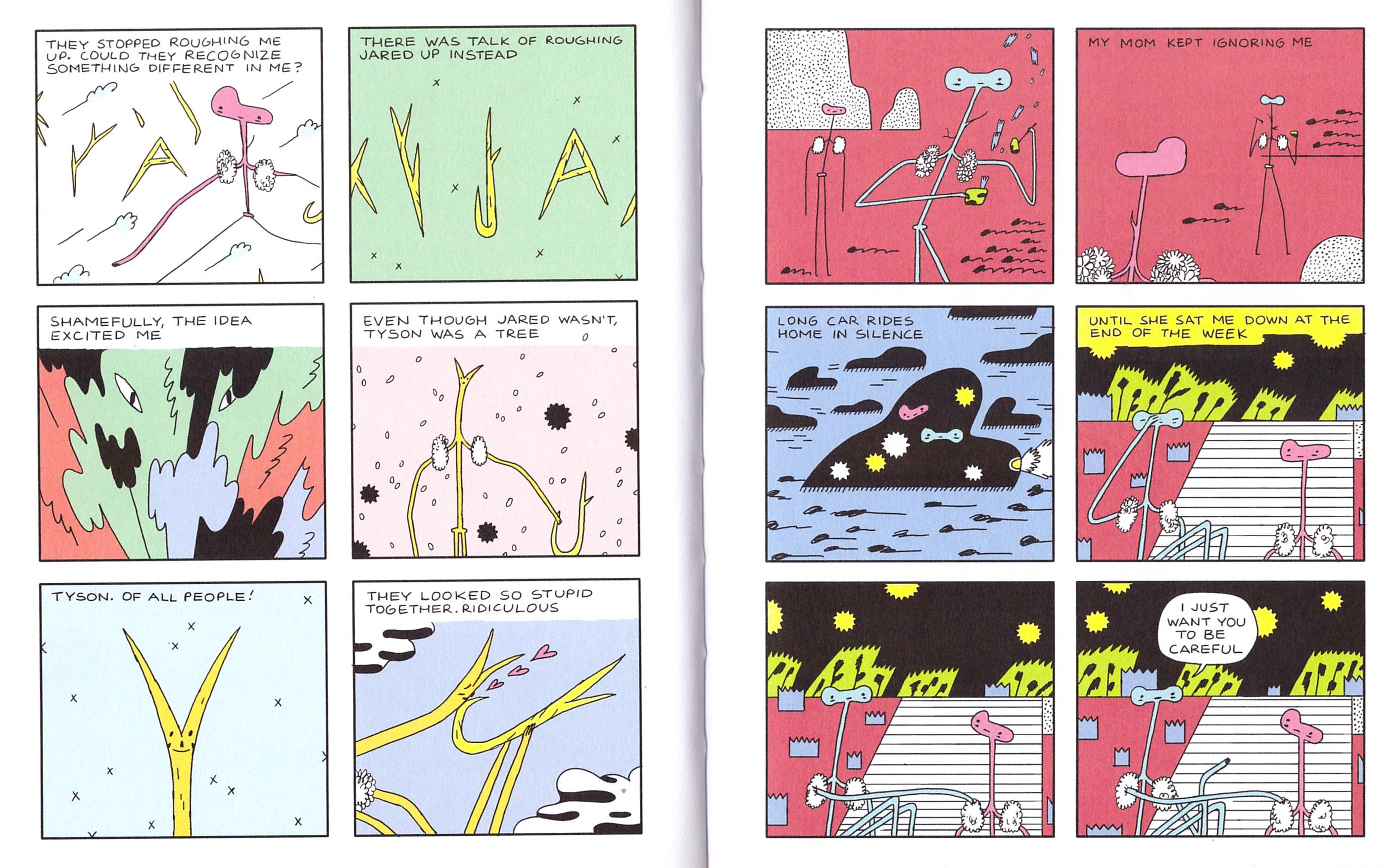 Over the first 25 pages Big Kids seems to be the dullest first person misery memoir you’re ever going to read. Adam is gay, something he feels he needs to conceal from his parents, and in a semi-abusive relationship. His frustration and anger manifests as aggression and lack of self-esteem as he alienates people. Coupled with Michael DeForge’s very basic drawing it hardly raises expectation of leading into a world of wonder and surprise, yet that’s the case, to begin with at least.

This is a coming of age story, and a commentary about how perceptions of one’s environment change, although in Big Kids this is no gradual transition, but abrupt and overnight. Jason awakes one day and he not only sees both people and familiar objects completely differently, but experiences the world in a changed manner, with his senses evolving to react differently. Jason’s friend explains that he’s evolved into a tree, while many people remain twigs. This isn’t age-related, as adults in Jason’s world are twigs, but to do with perception.

DeForge represents this shift by changing the art, moving toward brightly coloured shapes and abstractions, the thin twigs and trees now representing humanity. It’s a joyous expression, and how the art characterises Jason’s world fascinates to the end. Unfortunately, the same doesn’t apply to Big Kids as a whole. DeForge’s big idea surprises and initially fascinates, but there’s no substance beyond it. The story continues with a now more centred Jason having a greater willingness to explore the world around him, but meanders to a half-hearted conclusion without any of the innovation that prompted the visual shift. It’s the experience of thousands of alienated kids around the USA, and once acclimatised to the art, unless it’s the first such story you’ve read, it’s likely to leave you cold.

That’s a shame, because the production is so alluring. This is a small, almost square, hardcover with a smooth matt cover that feels good to the touch. The vivid yellow and odd illustration further combine to make this an object that almost compels you to pick it up. Do it, and admire the grid pattern art, but consider carefully before taking Big Kids home.