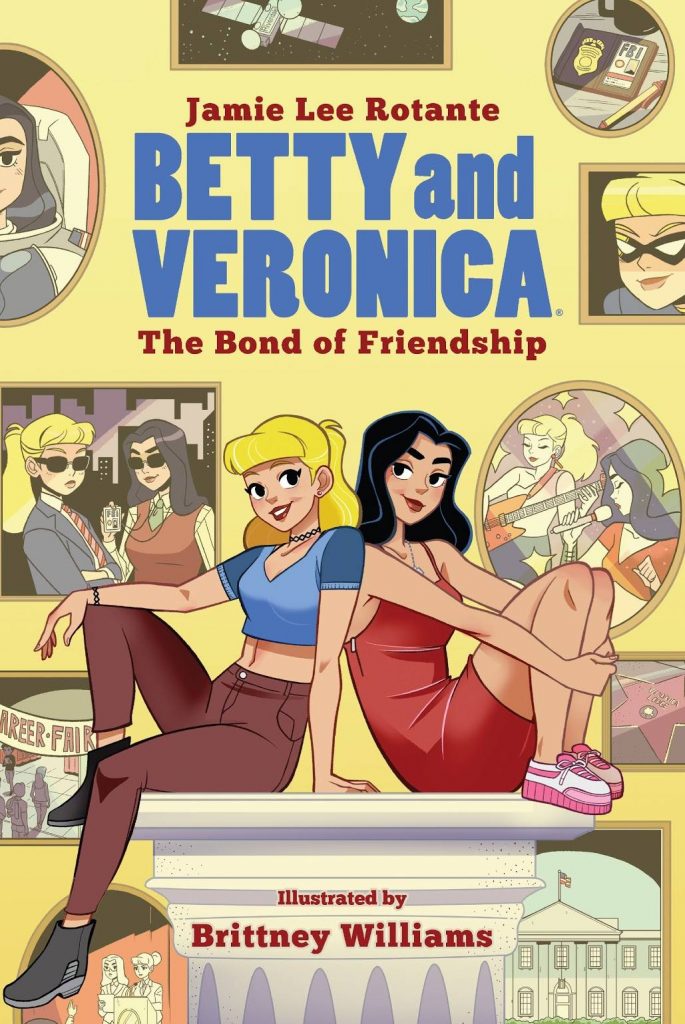 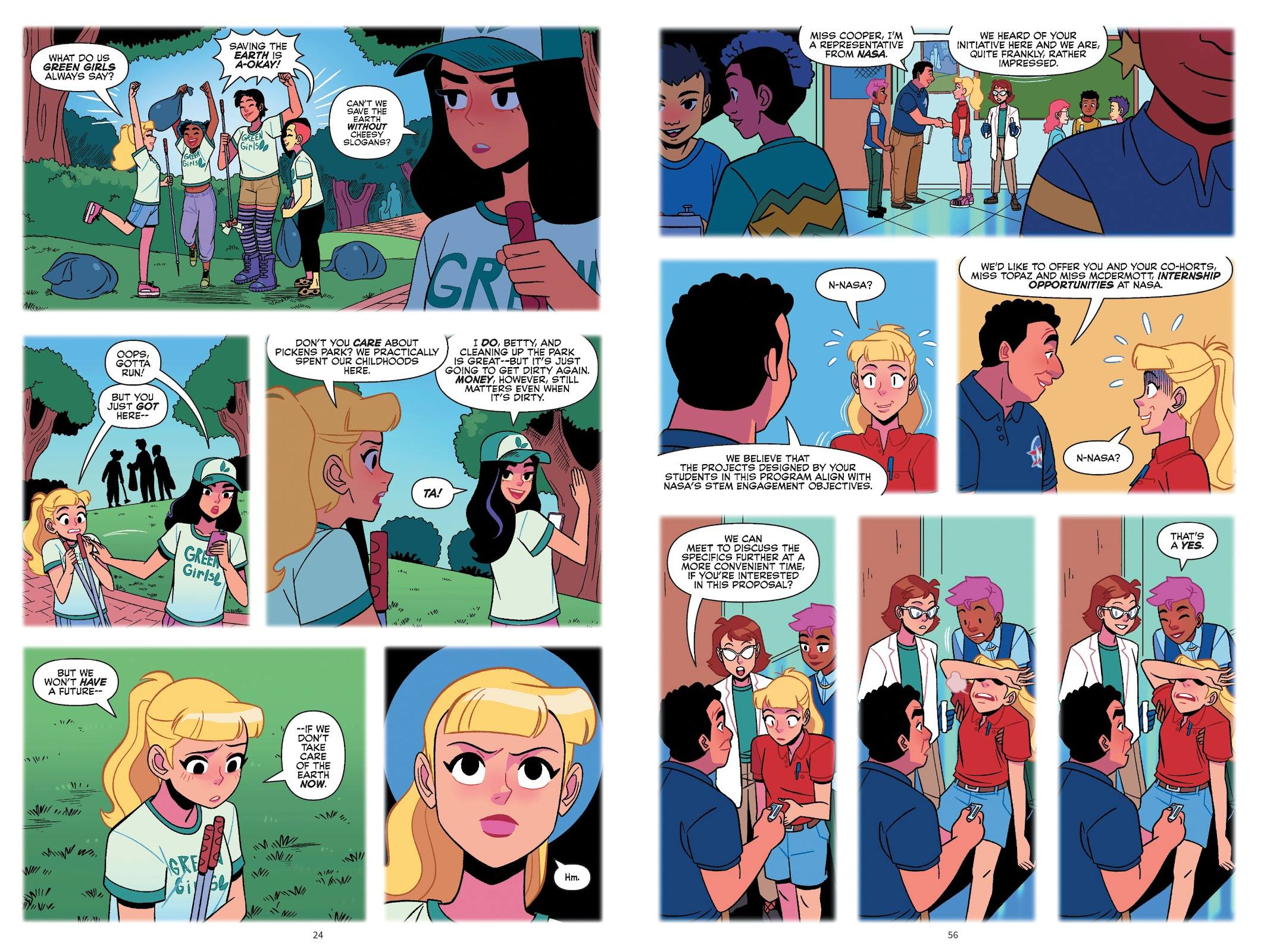 Since their 1940s introduction Betty Cooper and Veronica Lodge have been targeted at an all-ages audience as friendly rivals in slapstick comedy skits. The Bond of Friendship ups the age level slightly to young adult, and begins with Betty and Veronica attending Careers Day. Credit to Principal Wetherbee for putting on one hell of an impressive show at Riverdale High, persuading a senator, an astronaut and a fashion designer to turn up and inspire attendees with their experiences. Each provides their background, followed by Betty and Veronica imagining their own career in that field, cleverly involving others from the Archie cast. Reggie gets to run his own country, Topaz becomes an astronaut, and Kevin has to do some serious thinking about his future, although Dilton still needs rescued.

The intention of writer Jamie Lee Rotante is to inspire The Bond of Friendship’s readers in the same way the guest speakers inspire Betty and Veronica, which is a really good use of Archie Comics’ large circulation and public awareness. The friendship element is underlined in every scenario, and Rotante realises the Lodge family fortune negates the inspirational message of anyone being able to succeed, so works in methods of countering that, although not entirely. Veronica’s Utube channel is a good example. Without Veronica’s advantages Betty is the more inspirational figure, while the broader cast is more inclusive than it used to be.

They all look great as drawn by Brittney Williams, although the ageing process is non-existent in the stories when they’re meant to be older. Given the careers followed, there needs to be artistic adaptability, and Williams defines the ordinary day to day scenes as well as she brings the imaginative sequences to life, and all stories require well conceived design elements.

While the intent is to provoke thought, the balance isn’t entirely right on the political tale, where some readers may feel they’re being lectured in places. It’s too strident even for a young adult audience. The premise is to reach for the stars, but regarding balance again, it might have been nice if a more commonplace career had been featured, perhaps replacing the final story. While superheroes are an exotic choice, they feel out of place in the Archie universe.

The Bond of Friendship stresses the positive, updates Betty and Veronica efficiently and has some gorgeous cartooning. What’s not to like?