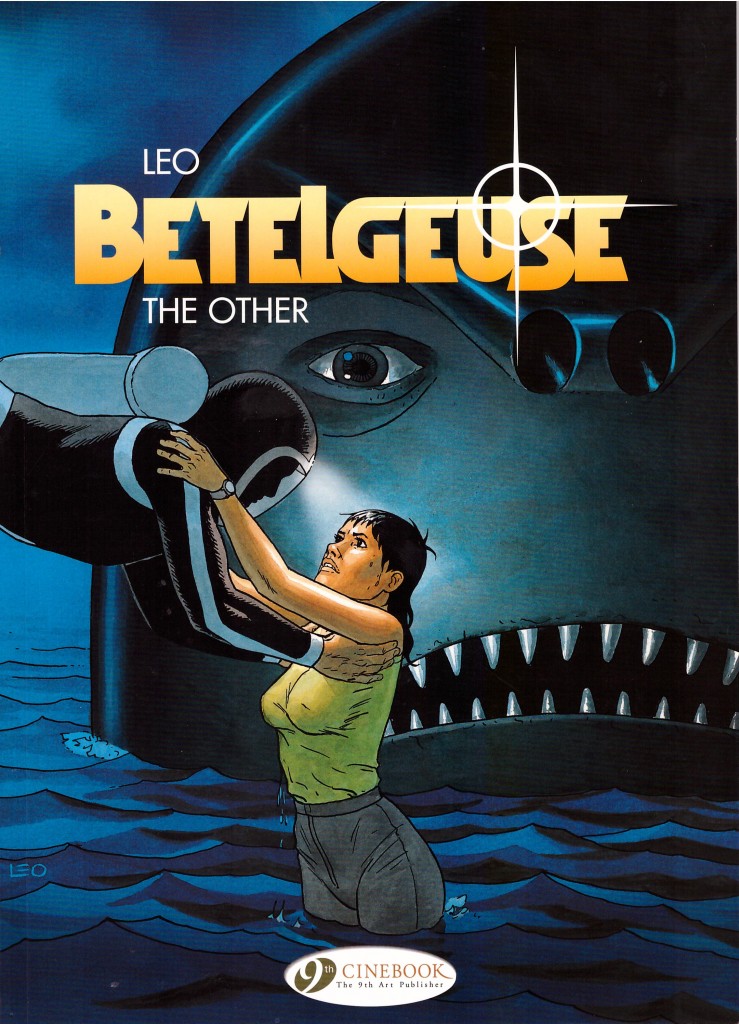 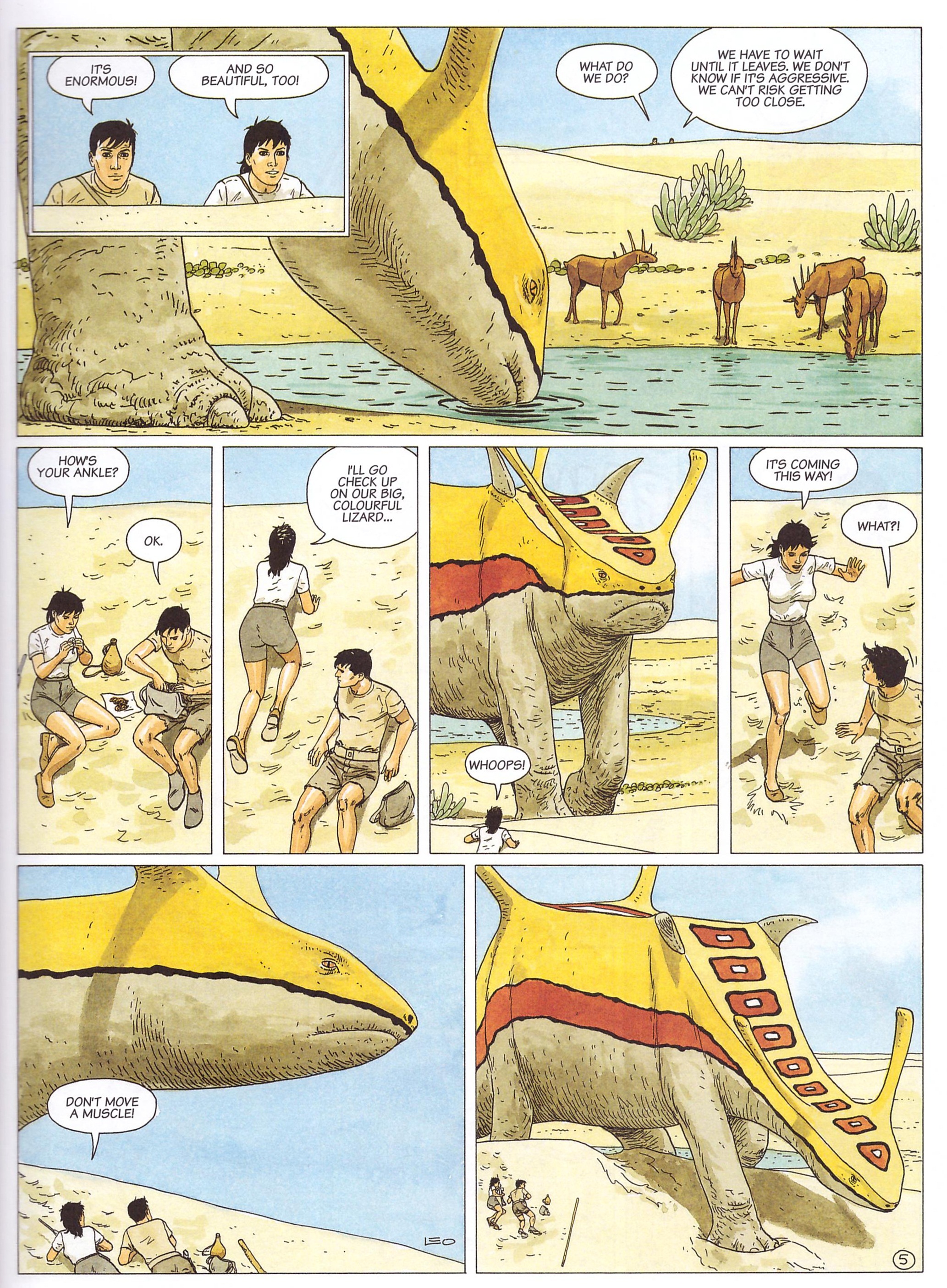 By the time Leo unveiled The Other in France what was then confirmed as his Aldebaran Trilogy had run for ten books over a decade with few answers forthcoming (in the UK Cinebook initially combined books, so this is the sixth). The Other provides most of those answers, but it’s one belly flop of a book. When you’ve teased people with the unknown for so long the eventual revelations have to be spectacular at the very least, and while consistent with the tone of the series as a whole, The Other not only avoids the spectacular, it does so with a dogged determination.

At the conclusion of The Caves, Kim Keller our lead character, believed she’d figured out much of what was going with the Mantris, the Iums and the colonisation of Betelgeuse, but this was the tease to lead us here. Her speculations appear to be confirmed, but instead of providing this with a variation of the odd and trippy scenes he’s used before, Leo has Kim led into a cave from which she emerges a panel later with the information she spends the remainder of the book passing on. The anticipated communion with unknowable and extremely powerful forces is presented as a complete damp squib. The process couldn’t be more understated, and it’s stunningly misguided.

Furthermore the revelations require the introduction of a new character, a male, and repeating the pattern of almost every male so far introduced for the long term, he’s infatuated with Kim. This is a sordid and tiresome aspect of Leo’s work. Fantasy attraction so often evaporates with even minimal contact in reality, yet Kim is a siren before whom all men prostrate themselves. As drawn by Leo there’s the cuteness of youth, and he’s very good at personalising by expression, but she’s hardly Aphrodite at the water hole. It may well be this new character’s introduction is necessary for later work, but on the basis of The Other alone, the entire sub-plot could have been excised. Kim could have been led to the cave by other means, and Leo’s visual imagination, so strong to date, could have really flourished.

How Kim applies the disclosures learned in the cave is the highpoint, but that’s over the final ten pages. She has to deal with the two groups of humans at odds over fundamental policy, and there’s a pleasing wish fulfilment satisfaction about Leo’s methods of slicing through real world problems. That is, unless you don’t believe in the ecological message underlined throughout Leo’s work. “I’m telling you about a terrible threat hanging over your community”, rails Kim, “and you dare speak to me of investments and accounting!” The series has been about Kim’s growth, and that’s an aspect Leo’s dealt with confidently, from the precocious thirteen year old first met in Aldebaran: The Catastrophe to the extraordinarily capable woman she’s become.

From here the series splits into two. Kim and the already introduced cast move to the six episodes of Antares, while Leo simultaneously introduced a new cast in The Survivors whose exploits run concurrently with those of Antares. 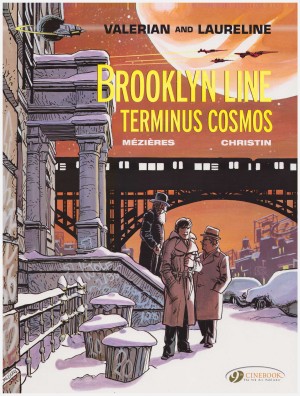