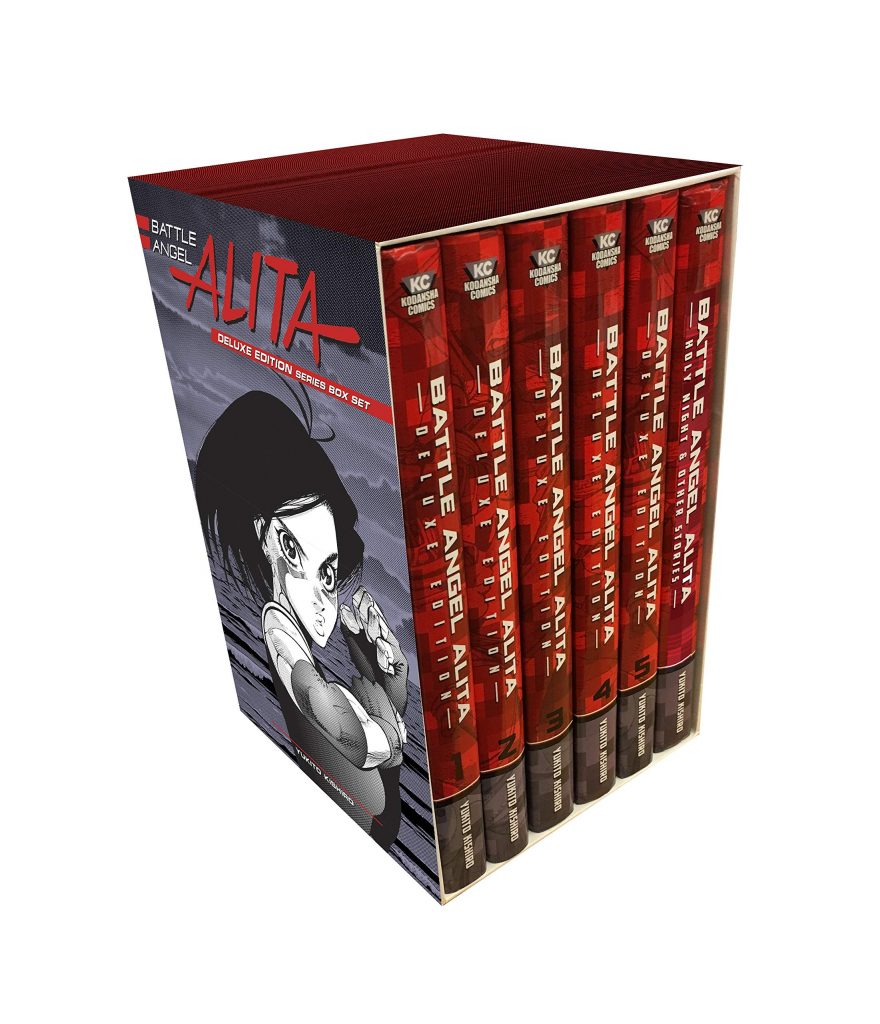 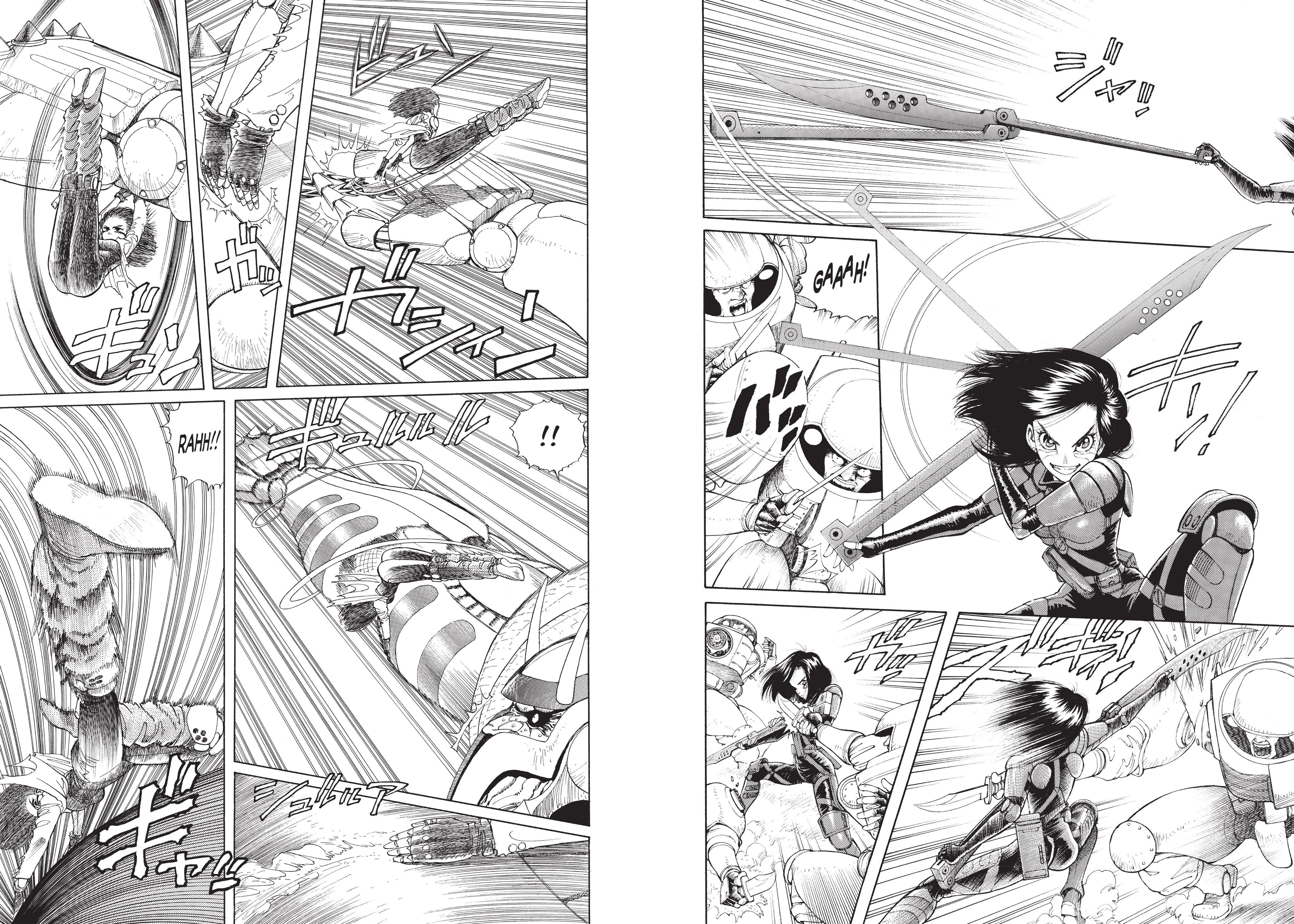 In principle a slipcased set of Battle Angel Alita’s 1990s first run is very welcome. It’s a highly regarded and high quality series that’s been out of print in English since the turn of the 21st century, and the six volumes are nicely designed hardcover presentations, now in the Japanese format of reading back to front, and at a far larger size than when originally released. The bonus is that some associated shorter stories have been collected for a first official release in English, and Kodansha have been thoughtful enough to release this separetely as Holy Night and Other Stories, so anyone who has the original versions doesn’t have to shell out for the entire box set.

When he began Battle Angel Alita, Yukito Kishiro was a talented artist, but had problems laying out coherent action sequences, and didn’t seem to have much idea where his story would go. A cyborg engineer who doubles as a bounty hunter of rogue cyborgs finds the torso of a discarded female cyborg, sources limbs for her and reactivates her as Alita. Thereafter there’s little respite from battles. It’s with his second story that Kishiro pulled things together. It begins the genre hopping that characterises the series by presenting what boils down to a romance, but also begins making use of the random background elements dropped into the first story. Alita and co live on the planet’s surface in a densely populated area of deprivation known as the Scrapyard, but can see the vast floating city of Zalem, with which there’s no contact. It’s a point of aspiration for most, even though they’ll never get there.

Zalem plays an increasingly large part from the mid-point, as Alita becomes an agent of theirs, sent to retrieve a rogue citizen, and this opens up the story into really imaginative cyberpunk SF. Due to personal reasons Kishiro felt he couldn’t continue Alita and finished the series in 1995 with a suitably imaginative ending. When he picked up again with Last Order, that conclusion wasn’t fit for purpose, so he produced a new version that’s appeared in all Japanese editions since. This collection presents both for you to make up your own mind, and also includes the related Ashen Victor graphic novel.

Kishiro’s art improves immeasurably and rapidly over the series. His designs were always good, but the improvement can be seen over the sample spread, presenting an action page from the opening volume, and one from the third. Battle Angel Alita presents one great vista after another, and the wealth of detail Kishiro applies to his designs is breathtaking.

So with an innovative series, a noteworthy redesign, and content officially available in English for the first time, is there a drawback? It’s the translation. Fred Burke’s 1990s translation flowed, but Stephen Paul’s new version is so often stilted, presumably literal rather than idiomatic, and time and again the awkward phrasing stands out. It shouldn’t. There are other minor alterations, name changes being one, and a change that works well is the sound effects remaining in Japanese.

Kodansha also released these books as individual volumes, each packaging two of the smaller books as published in the 1990s. Reviews going into greater detail about these segments begin with Deluxe Edition Volume One, or Rusty Angel.