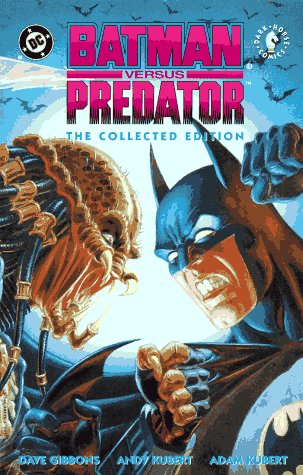 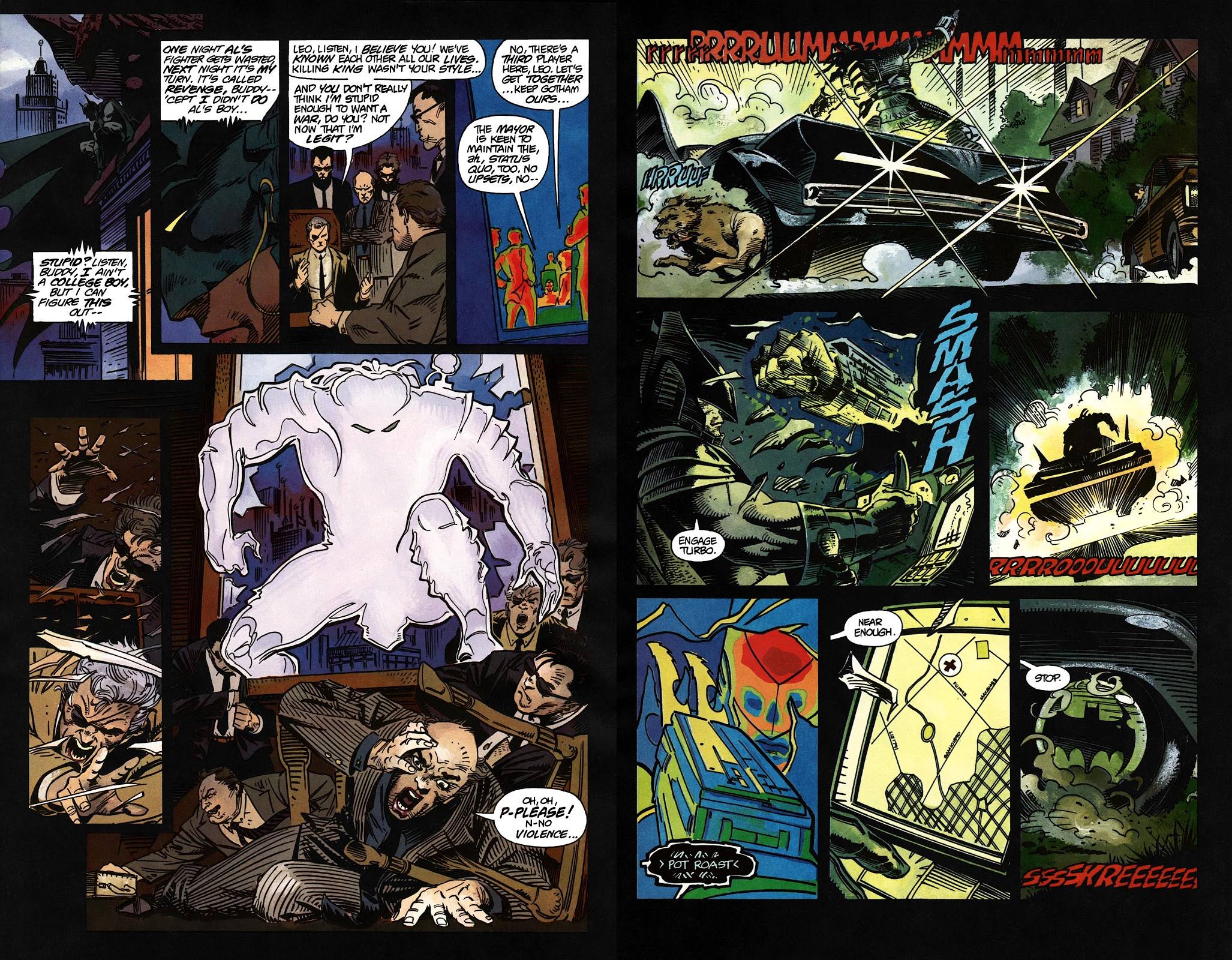 In his introduction co-editor Denny O’Neil writes about his benchmark for featuring an outside character in Batman’s world being whether or not that character would fit if they were introduced as part of Batman’s regular continuity. It’s a point other editors should have considered over the years, and Predator fits beautifully into Gotham. So tidily, in fact, that this spawned two sequels, although only this original features a Dave Gibbons script and Andy Kubert’s pencils inked to Eisner Award winning standards by Adam Kubert.

Gibbons keeps the script simple and the mystery half-hearted, for the audience at least, as Batman initially has to work out just what he’s up against when a Predator hits Gotham and begins hunting down what it perceives as worthy targets. Against this backdrop Gibbons introduces a longstanding feud between two sets of gangsters, makes smart references to the Predator films, and takes his lead from Frank Miller’s Batman work in telling snippets of the story throughout via TV commentary. He enjoys himself applying clever juxtapositions with additional meaning. Part of the audience thrill comes from knowing exactly what a Predator can do, and seeing the entirely unwarranted confidence of Gotham’s gangsters in thinking themselves capable of taking it on.

The Kubert and Kubert art is to salivate over, from a period where references to Joe Kubert’s look are still apparent. This is packed with powerful, thrilling, iconic images maximising the possibilities, and dense, lively backgrounds. Colourist Sherilyn van Valkenburgh is integral, keeping Gotham dark and moonlit, and internal locations gloomy, against which the Predator’s white invisibility effect stands out startlingly. On the page at least. Give the creators some dramatic licence.

Originally serialised in three parts, Gibbons constructs a classic three act fall and rise scenario. The point is forcibly made that this is an opponent Batman must out-think, and the prolonged final clash is as thrilling as the Predator films. Neither of the sequels come anywhere close to matching this quality, but all three are collected together as DC Comics/Dark Horse Comics Crossovers: Batman vs. Predator.