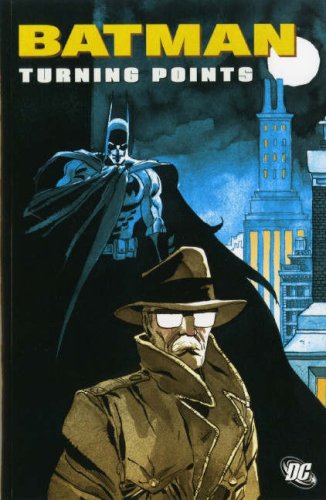 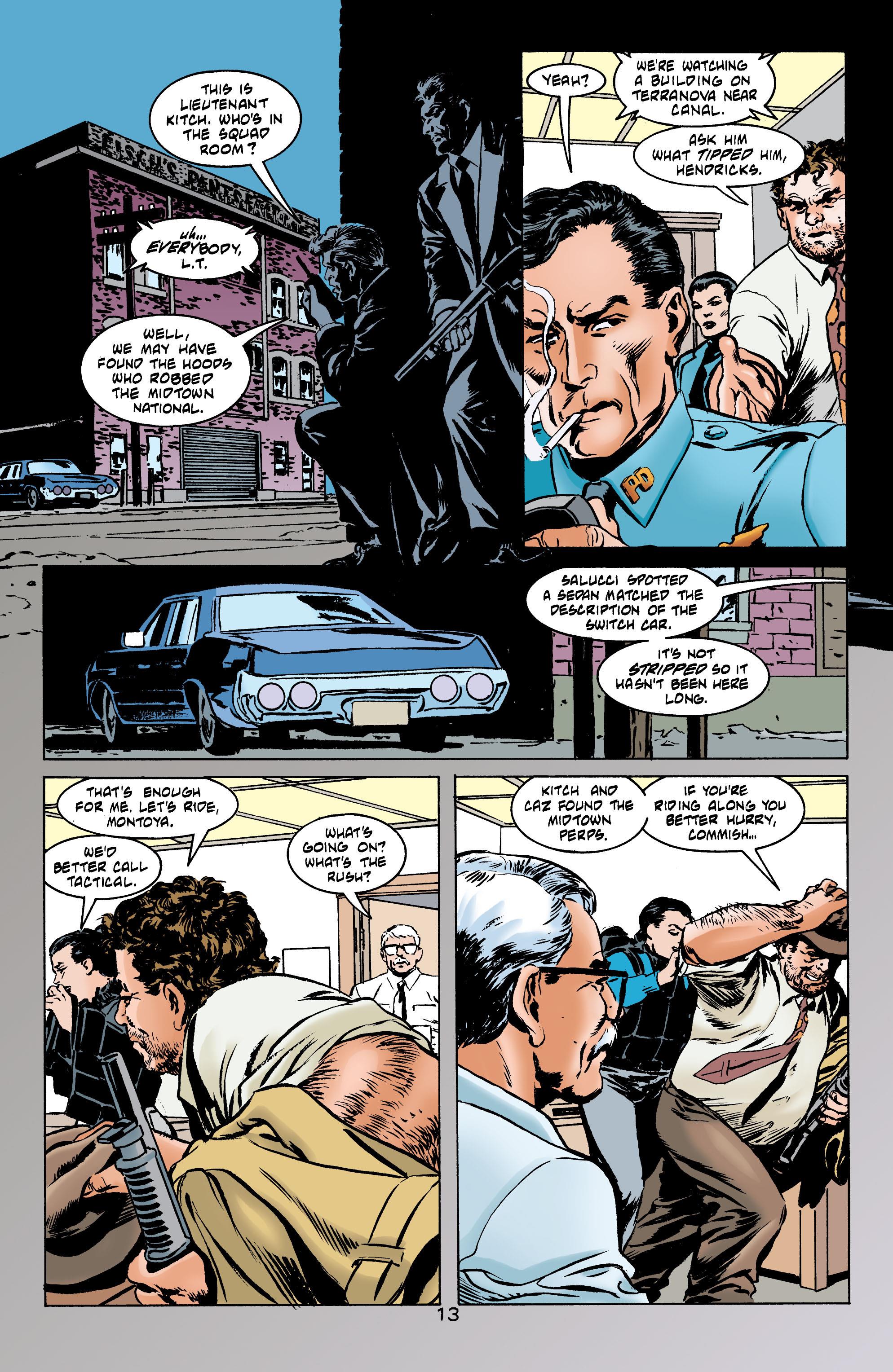 Turning Points is in effect a Batman anthology graphic novel, with five different writer and artist combinations dropping in on pivotal moments for Batman throughout his years of crimefighting. As the cover indicates, the progression of his relationship with Police Commissioner Gordon is equally highlighted as both endure and survive tragedies.

Greg Rucka and Steve Lieber’s opening story is set during the first year of Batman’s career, previously placed under the spotlight by Frank Miller. It’s very good indeed, contrasting Gordon and a desperate man who’s engineered a hostage situation. We’ve seen Batman deal with dozens of those, right? He’s in and out with time to kick back with a cool one. This, however, is the novice Batman, uncertain of himself, more concerned than he’d otherwise be about the possibility of error and the danger to innocents.

There are few artists regularly working in comics who can achieve a sense of realism about people without costumes, and Steve Lieber’s among the best. His scenes of civilians have a life and proportion about them that never fails to impress. Rucka and Lieber set the bar high, and no-one else approaches that level.

The first of two Ed Brubaker written pieces pays homage to the 1950s Batman, with ridiculous costumes and giant props, set shortly after Robin’s introduction, and the second sees a fractured Batman mourning the death of a different Robin. Both tales are professional, but little more. Brubaker’s teamed with two pencillers better known for their inking, with an extremely rare Joe Giella job for his opener with Dick Giordano laying out the second. They’re both from an era before exaggerated superheroics, and their figures are athletes, not wrestlers, with Giordano’s page breakdowns the more striking.

It’s not Bruce Wayne wearing the cape and cowl in Chuck Dixon and Brent Anderson’s contribution, but Jean-Paul Vallely, once Azrael. Azrael’s methods were extreme, and he’s transferred the attitude to Batman. Anderson’s another fine naturalistic artist as seen with Astro City and the sample page, and there’s an unpredictable requirement for an episode that concentrates on Gordon. Dixon wrote the character at the time, and captures his Punisher-style aggression, but as a presentation of Batman isolated from the surrounding circumstances the idea is flawed.

Rucka closes the book with elements cleverly stretching back to his opening story. It’s a touching and surprising reprise, but undermined by the awkward combination of Claude St Aubin inking Paul Pope’s pencils. There’s all the appealing perspective of Pope’s layouts, but with slightly odd looking figures and faces, and St Aubin also draws the perpetual motion from Pope’s designs.

As a collection there’s nothing poor, but it’s not an essential book for the shelves either. One day DC will have an online catalogue of their output, and the opener is well worth your time.