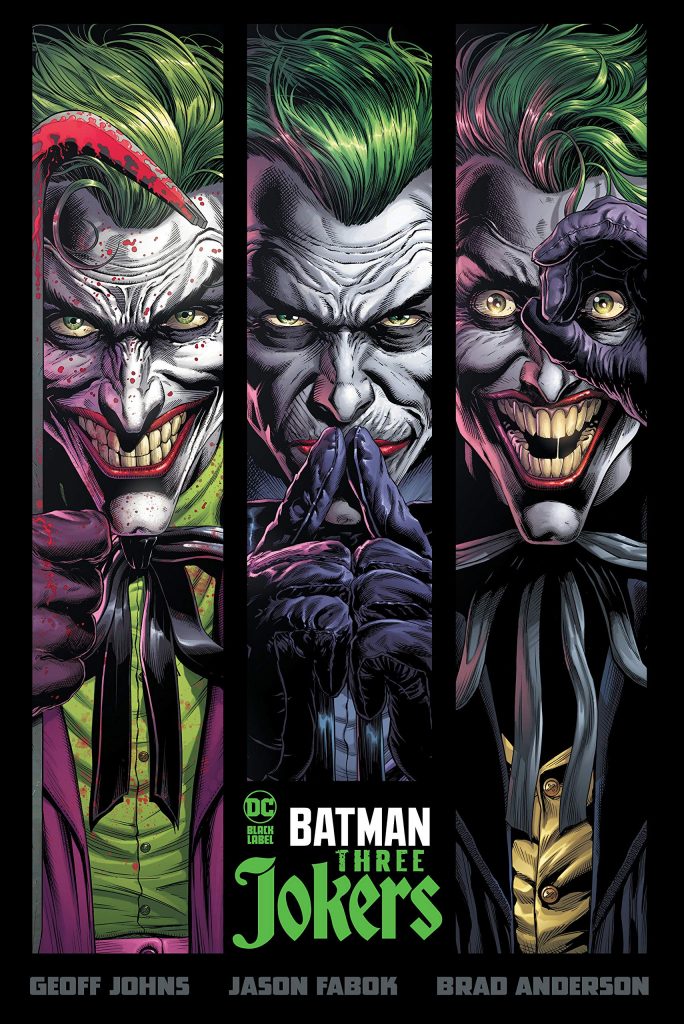 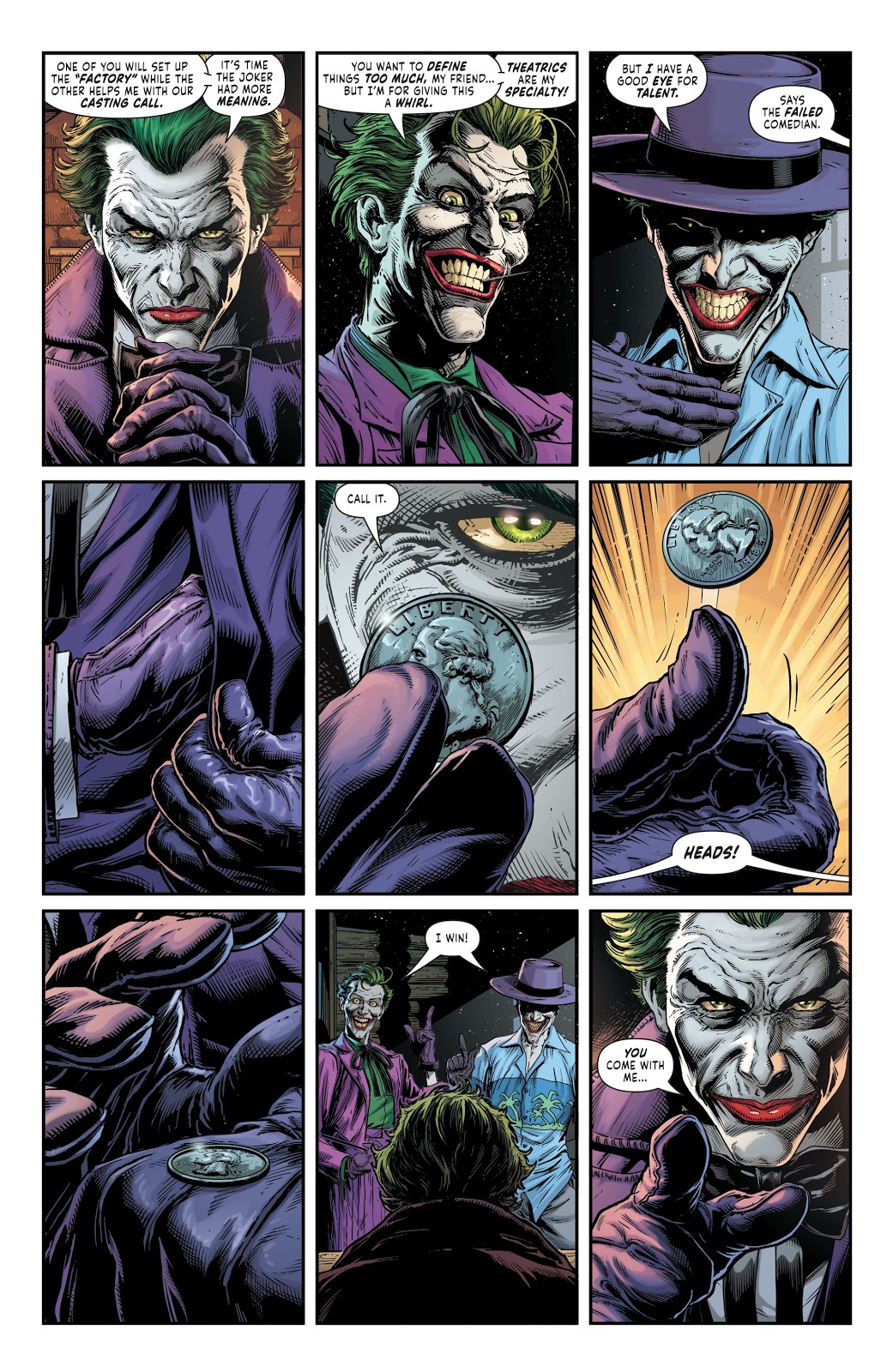 At three locations across Gotham the Joker very publicly commits three atrocities. How can there be three Jokers? It’s the mystery sustaining this entire graphic novel, Geoff Johns cleverly ensuring that each appears to be the genuine article in a story rife with references to the Joker’s previous schemes. In it Batman shares the spotlight with two associates each of whom have very deep reasons to despise the Joker. He killed the Red Hood back when he was Robin (see Batman: A Death in the Family) and crippled Barbara Gordon, unaware she was also Batgirl (see Batman: The Killing Joke). The health of both has improved considerably since the 1980s.

One of the Jokers is labelled ‘the comedian’, another ‘the clown’, and the third ‘the criminal’, presumably to maintain the idea of each description beginning with a ‘c’ when others are more suitable. This is at least acknowledged later, but for a long while it’s indicative of a story continually battling an idea that it has to be meaningful and smart, with Johns paying more attention to those aspects than to others. One result is a strangely distanced Batman largely deaf to a whiny Batgirl, both personalities removed from our expectations even taking countless reboots into consideration. “Make Jason put the Red Hood and the guns away, Bruce”, pleads Batgirl, having failed herself. Is that really Batgirl? Thirty pages later she’s entirely changed her tune, and again it bears asking if that’s really Batgirl. Never mind three Jokers, there’s no alert about several Batgirls.

Johns references other elements of the Joker’s past, but he and artist Jason Fabok settle on a fixed point. Plenty of Fabok’s pages are worked to a nine panel grid, and his Joker reference is Brian Bolland’s from The Killing Joke. Just in case that’s not obvious, there’s his version of Bolland’s Killing Joke cover, replacing the camera with a video camera. Fabok is also a master comic artist, and while plenty of other artists have attempted to emulate Bolland’s precise Joker, he stares back from Fabok’s panels again and again from some sumptuous pages given a gloss by Brad Anderson’s colours.

As Three Jokers continues the mystery subsides, replaced by conceits we’ve seen before, none of them holding weight. Even if it’s merely the Joker’s fantasy that he’s somehow important to Batman, and there’s no certainty that interpretation is solid, does that make it so? Other old ground is worked over without answers, such as why Batman just doesn’t kill the Joker, and ultimately the idea of three jokers sold as the title premise is fudged. Superhero comics thrive on repetition, so this wouldn’t be unforgivable were it not for the constant referencing of The Killing Joke, a project its author Alan Moore considers elevated well beyond a relatively facile intention. That, however, did have something to say about the Joker, and an original ideology underpinning it, whereas the original aspects of Three Jokers are all small moments. While Johns is a very good writer of superhero comics, hitting all the right beats, he doesn’t have Moore’s insight or worldview.

It shouldn’t be taken for granted that any prospective reader of Three Jokers will have read, or even be aware of The Killing Joke, but surely even they will see beyond the amazing art to a dull project dragged down by the weight of its own pretensions.