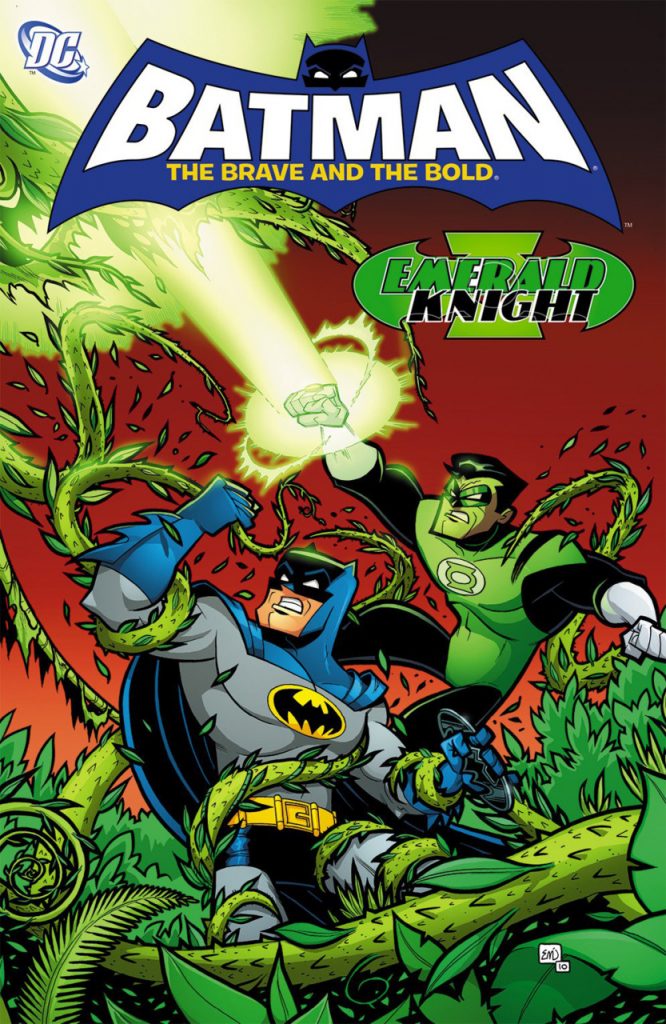 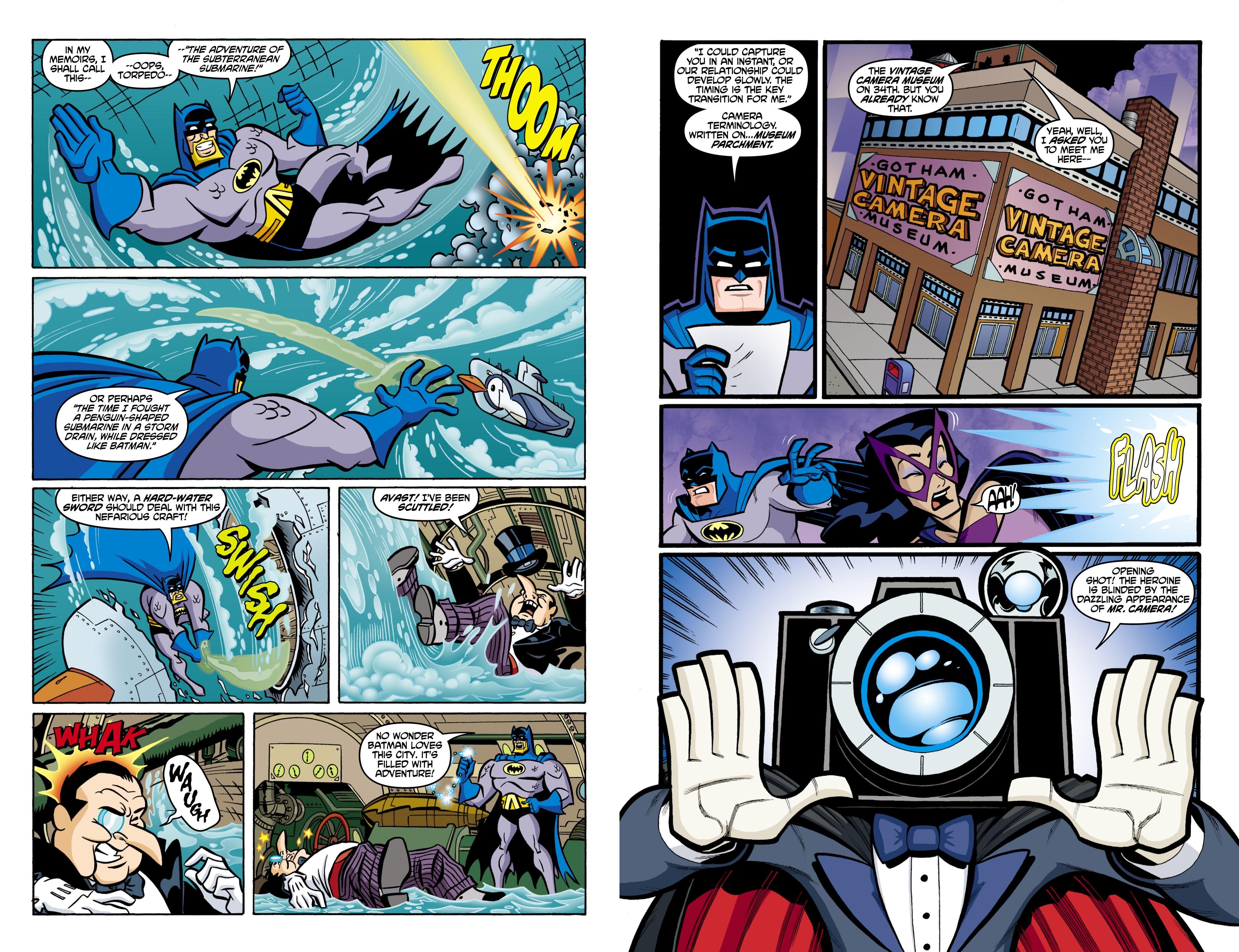 This third collection of stories based on the animated Batman team-up show is the final selection before the title switched to All-New Batman: The Brave and the Bold. It features the series writing début of Sholly Fisch, who’d continue on the new series, but at four of the six stories presented, the major creative contribution is from the team of Landry Q. Walker and Eric Jones.

Jones’ art is blockier than any other artist used, his Batman at times with such a square jaw that he more resembles the Lego version, but this is a comic aimed at the younger end of the market, and he lays out a story well for that audience. He also makes a good fist of the deliberately ridiculous villains Walker introduces, who include a man with a giant camera over his head, a demon from the netherworld reborn on Earth as an egg, and a football sized alien tyrant. Walker’s writing style is very much A to B while prioritising action, only occasionally surprising with a plot twist. He features Batman alongside Green Lantern, Huntress and Wonder Woman, but his best story begins by teaming Batman with the Martian Manhunter, before developing into something else.

There’s a base level of enjoyment to Walker’s scripts, but both other contributions are more fun. Adam Schlagman and Carlo Barbieri produce the title strip in which Batman is empowered by Green Lantern’s ring, and is taken for training before a vital mission. Fisch and Robert Pope open the collection. Batman breaks his leg, and when the news seeps out, Gotham’s villains run riot. Fortunately Batman has enough friends to step in and take them on, all woefully attempting to disguise themselves in his costume. It’s inventive, joke packed and the best story in the book by some distance.

For completists, there’s the puzzling omission of three stories from the series’ original run in comics, the best by Fisch featuring Batman in a week of team-ups in a single story.