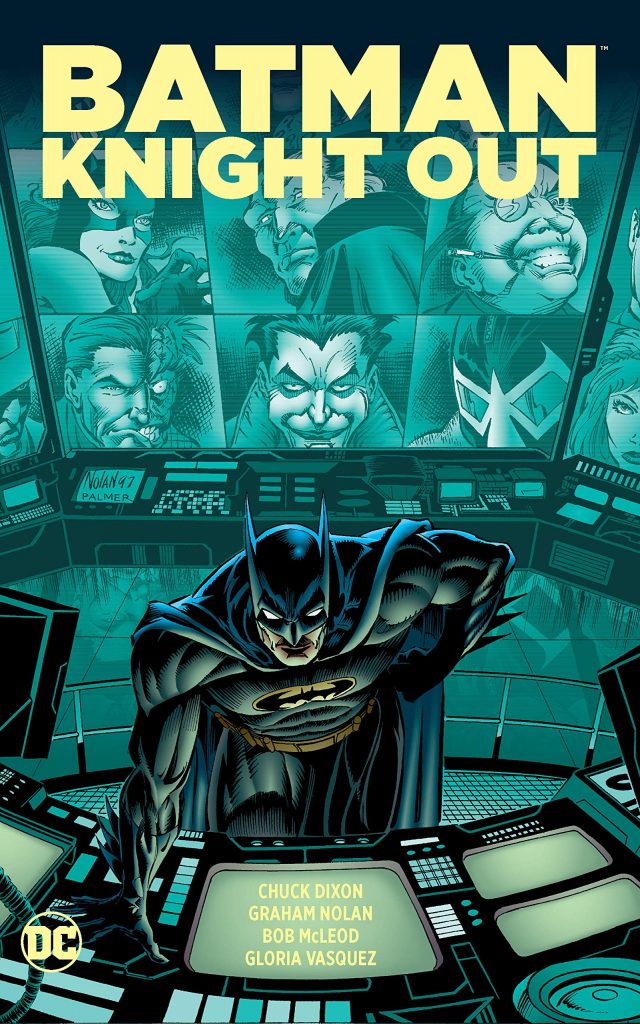 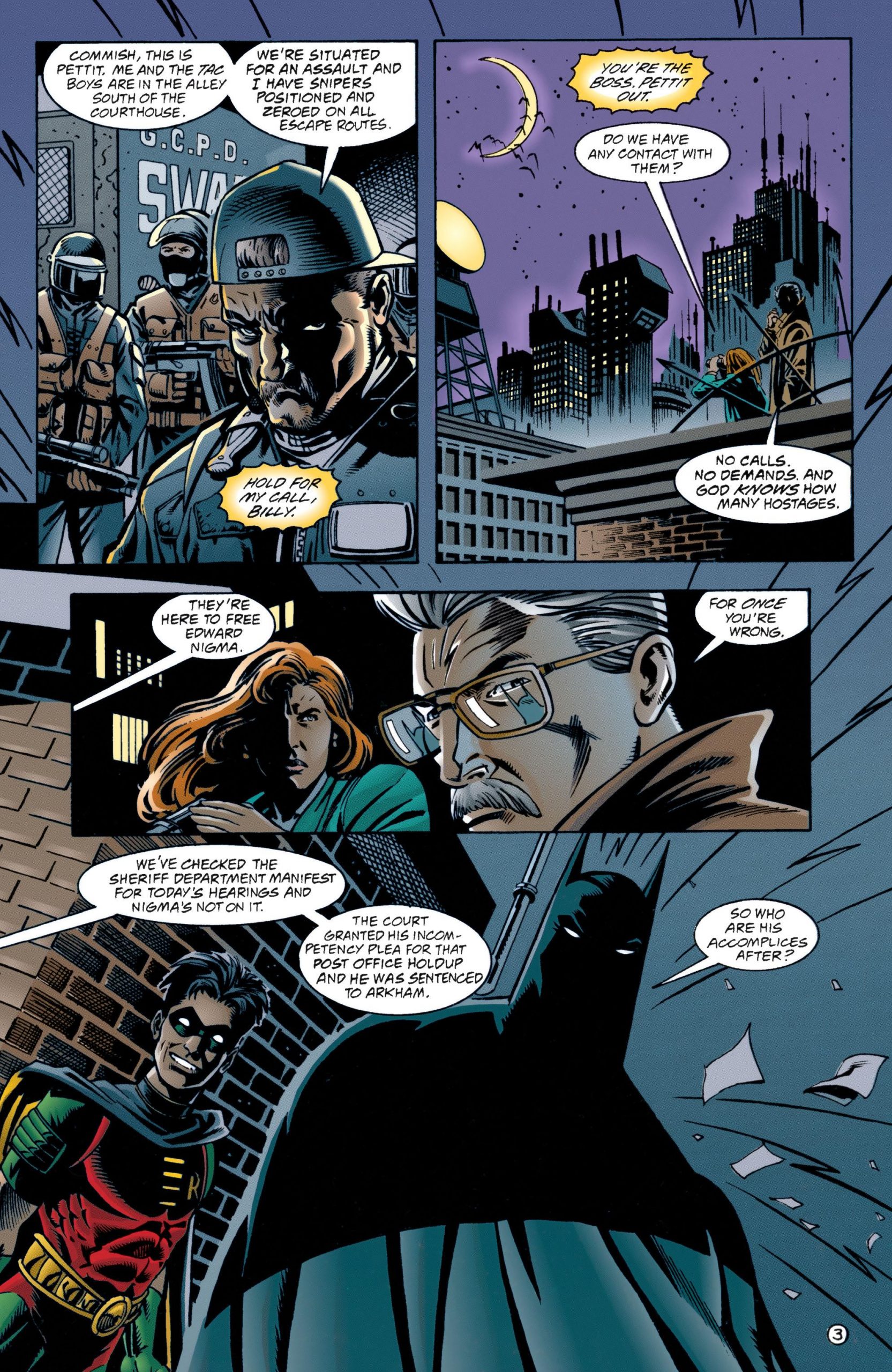 Knight Out is a selection of Batman stories by Chuck Dixon and Graham Nolan falling between the events of Legacy, yet before the No Man’s Land saga really kicked off. Unusually for 1990s Batman, it means Dixon is free to commit to his own set of stories rather than being tied into an over-riding plot about events impacting on Gotham.

Dixon’s writing is very straightforward. Subplots and foreshadowing are kept to a minimum, and flashbacks are rare, leaving little to stand in the way of an action-based plot that begins with a mystery or quest, and ends with it solved. At their best, generally over a single chapter, these can be taut and engaging, but all too often Dixon opts to stretch the plots onward, and that’s when the lack of variety and subplots impact. One of his best stories is presented early. Dixon first runs through why Dieter Ganz is an incompetent criminal, then shows him meeting the crook Batman has just decided to track down, and how that plays out for him. Although longer, it’s the type of story Will Eisner produced so well for The Spirit, and Dixon pulls it off. Despite the strained pun, the title story is another example of Dixon at his best, showing Bruce Wayne stopping several crimes. Alternatively another Eisneresque tale of a crook attempting to go straight lays on the melodrama too thickly.

While not one for subplots, Dixon will switch the focus away from Batman. He has people confide in Robin, and he’s capable of a big surprise every now and then, with Batman forced into using a gun being nicely understated. Kudos also to Dixon for his attempt to add a new Gotham villain in the troublesome Gearhead, who’s a viable nuisance with a distinctive look, but didn’t catch on.

Nolan’s storytelling is always clear, so first rate, but more than most pencillers the overall quality is very dependent on who’s inking him. That’s partly because he’ll slip into cartoon exaggeration on occasion. Thankfully, though, almost all the pages here are good, with Scott Hanna, David Roach and Bill Sienkiewicz having three very different styles of inking, yet all mesh with Nolan.

Early on Dixon stretches two consecutive stories too far at three chapters apiece, but his best continued tale appears late on. It’s the mystery of inexplicable criminal Wiley Dalbert, uses usual joke villain Firefly well, and is smart for the inclusion of a character some readers will pick up on, and others won’t.

These stories don’t always hit the spot, but they never dip to poor, just ordinary or extended a chapter too far. More often than not, though, they do work, meaning Knight Out still reads well all these years later. 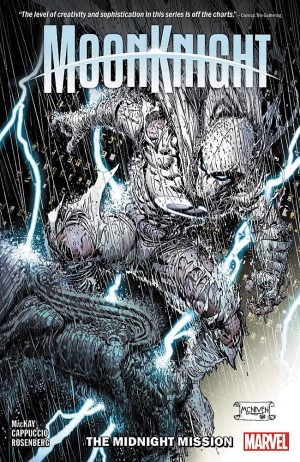 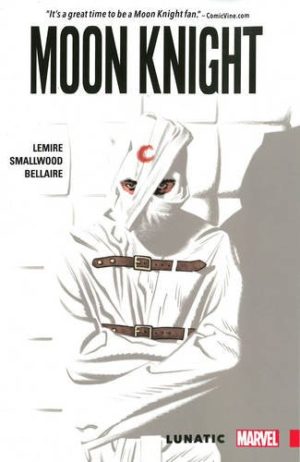 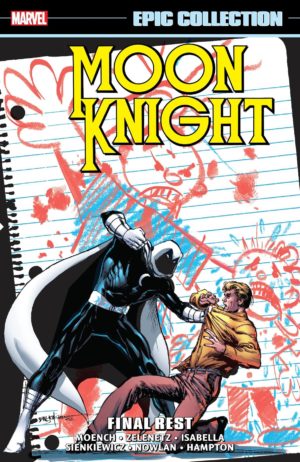