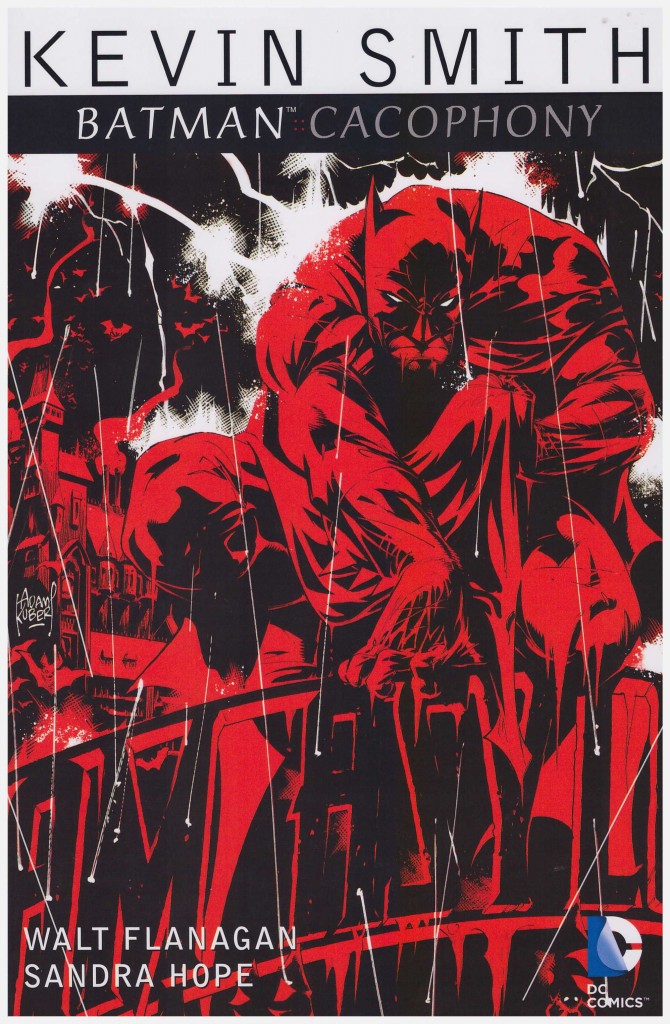 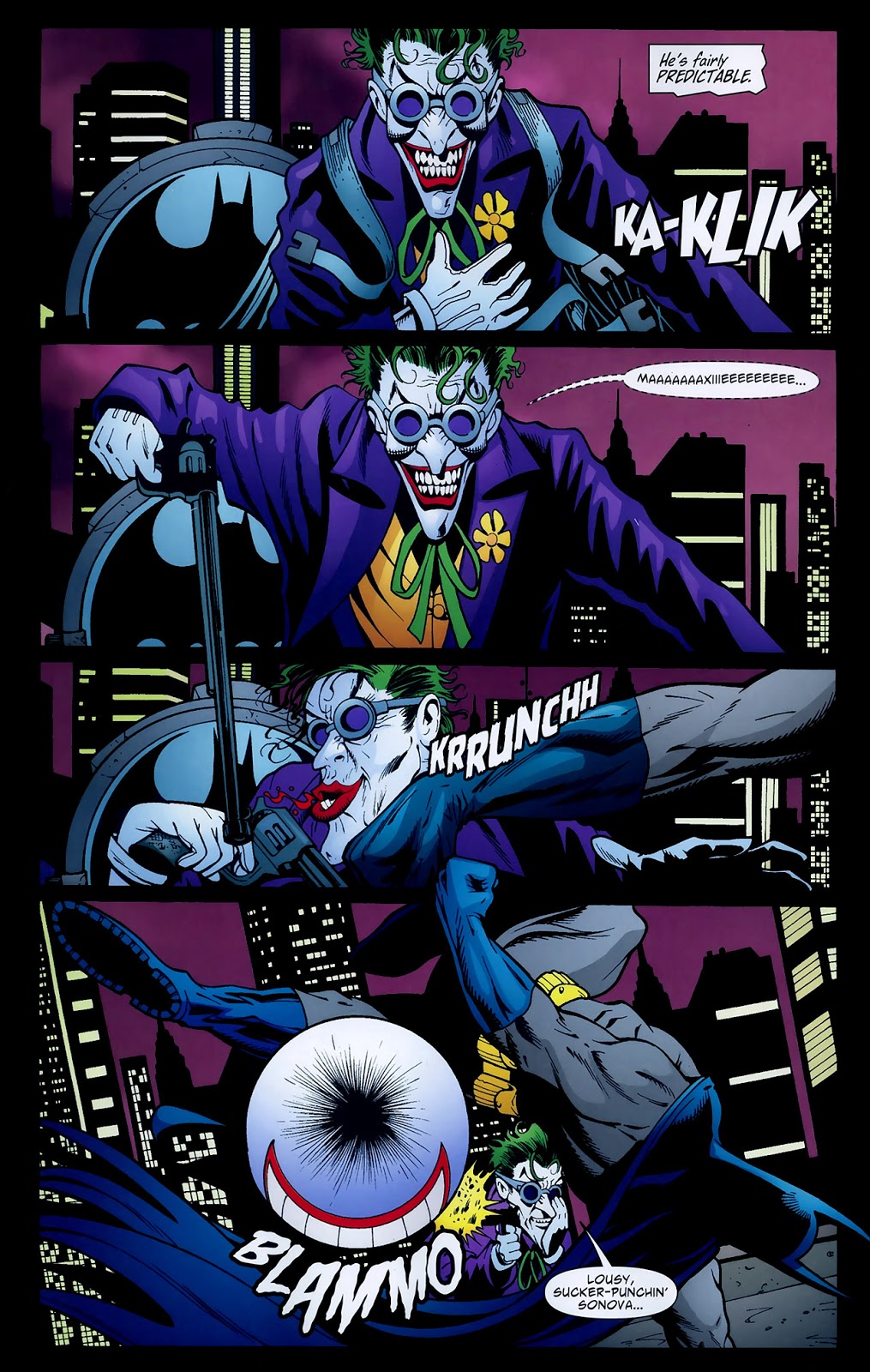 In his introduction Kevin Smith gets his excuses in first. Hey, this is only the second best Batman graphic novel he could conceive. Yeah, artist Walt Flanagan is a mate and got the job on that basis, but were it not for good old Walt, Kevin wouldn’t have become a major comics fan. Y’know, the dialogue in chapter one is so poor that when it was pointed out he re-wrote the dialogue for the remainder. Mighty good of him. But hey, he learned a lot on this project, and look how Walt’s art improved from the first chapter to the last. How comforting that must be to be anyone who paid for this vanity project.

Starting with the art, Flanagan’s not the best artist Batman has ever seen, but there have been plenty worse. He aims for Brian Bolland and, by the end at least, has achieved Graham Nolan.

The plot is nonsensical, slipping all over the place for no good reason. Dan Didio is credited as editor, but seemingly elected not to apply the heavy hand required. The result is that with very few changes this could be adapted into a script for the 1960s Batman TV show. One change would involve reducing the stream of puerile drunken frat boy jokes. Oh my aching sides, here we have the Joker believing another character is offering him money for sex. There we have Mr Zsasz about to carve a notch in his penis. The worst thing about that one is the suspicion Zsasz was only included to enable that ‘joke’. Gangster Maxie Zeus is seen surrounded by apparently willing women. “We live only to serve a God”, says one, “Let us fill thy mouth with grapes”, says another. “And other stuff too, giggle”, adds a third. Ha. Ha. and ha.

Early in the book the Joker is freed from Arkham Asylum. It’s the best-plotted sequence in the story, with a credible narrative setting up the entry of Deadshot, and Deadshot explaining what prompts much of the remainder. Despite Batman’s name on the cover, he’s almost reduced to supporting character as in addition to the Joker and Deadshot, a preposterously treated Maxie Zeus, and Onomatopeia also feature. They all go about their murderous business, as Batman drops in and out.

There’s a particularly odd ending. Elements have directed the narrative to that point, and there’s an interesting question asked, but it’s barely credible that Batman would concern himself with the answer, or explain himself.

This is an extremely slim volume in all senses, and the bonus content is Smith’s pre-revision script for what was the third issue of this collection.