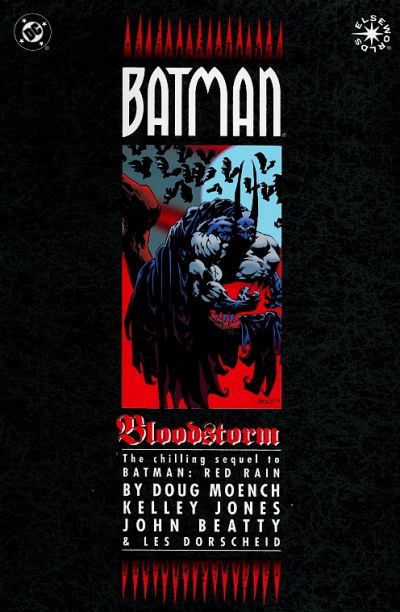 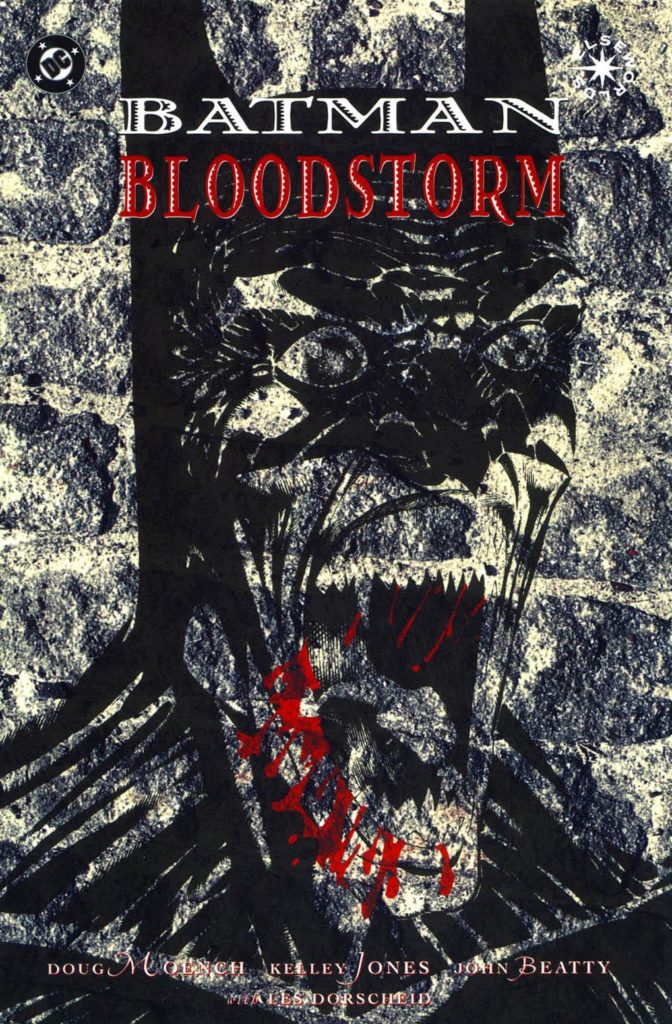 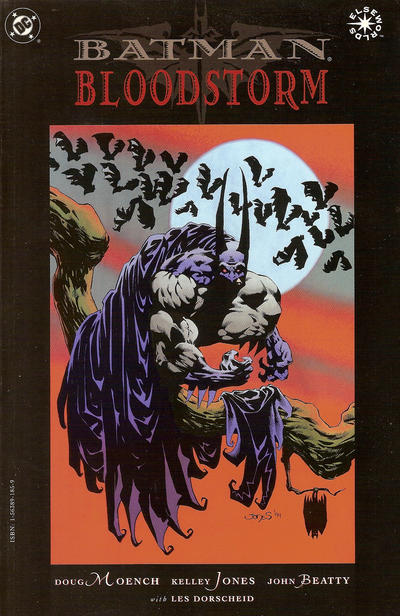 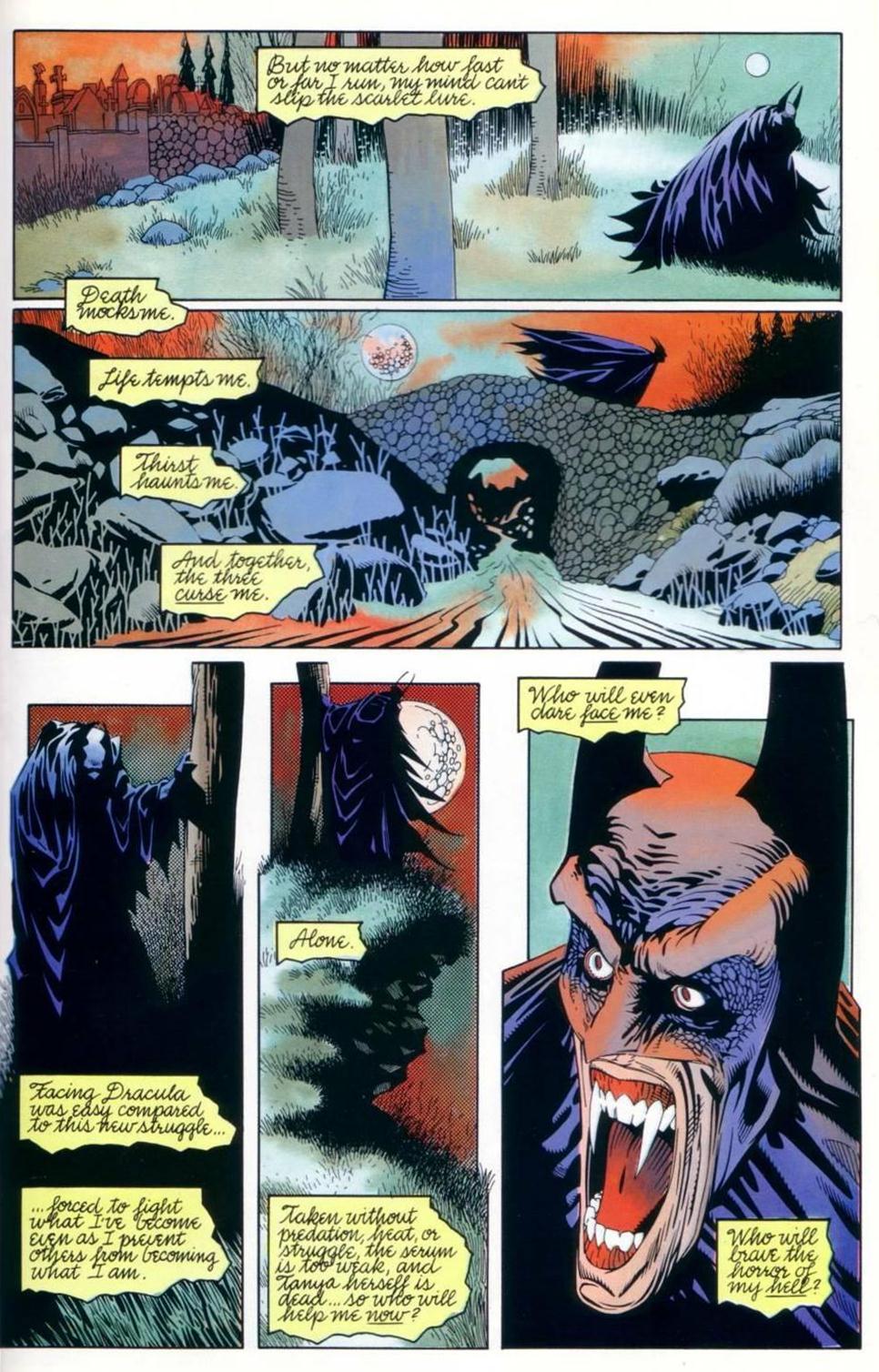 Doug Moench and Kelley Jones had an enormous hit on their hands with the alternative Batman introduced in Red Rain. This Bruce Wayne was used as a pawn in order to develop a hero capable of ensuring Dracula didn’t over-run Gotham with vampires. The cost was that he himself became a form of vampire. Apparently, though, not all of Dracula’s minions were destroyed as Batman thought, and further work is necessary to mop them up.

Red Rain was unconvincing, but Bloodstorm picks up the interest considerably. We’re used to a Batman who definitely won’t kill, yet due to what’s necessary to prevent vampires returning to life Batman has to kill, and definitively, so that’s interesting for a start, as is his own internal battle against what he’s become. He’s going to need blood, so what’s he going to do about that? There’s also a greater villainous focus. Last time around Dracula was dull, by the numbers apart from his design, and while what happens here might be the obvious step, it’s also thrilling, a recasting with some bite. A second reconfiguration of a known face later in the book doesn’t work as well.

Jones has improved as an artist. He’s now been looking at Chris Bachalo as well as Bernie Wrightson, and is better able to incorporate a stunning image into a page rather than building scraps around it. There’s also a more distinctive symmetry to Batman in action instead of random pointy bits of cape. Be warned that this is the adult end of Batman graphic novels, so Jones shows atrocities in a way requiring plenty of red from colourist Les Dorscheid, and there’s a form of eroticism, although not as erotic as intended due to Jones’ figurework. He’s on far safer ground with the selection of facial expressions for the main villain, posed, but distinctive, some a little familiar looking.

As Batman battles with himself as well as the vampires, Moench stops to consider the possibly illogical effects of vampirism, giving them a form of grounding, and he works his way to a succession of genuinely surprising scenes before the end. As a form of gothic thriller it’s the standout among Moench and Jones’ collaborative trilogy. While available individually in hardcover or paperback, this is now best located as the second volume of Batman: Elseworlds, along with the sequel to a sequel, Crimson Mist.