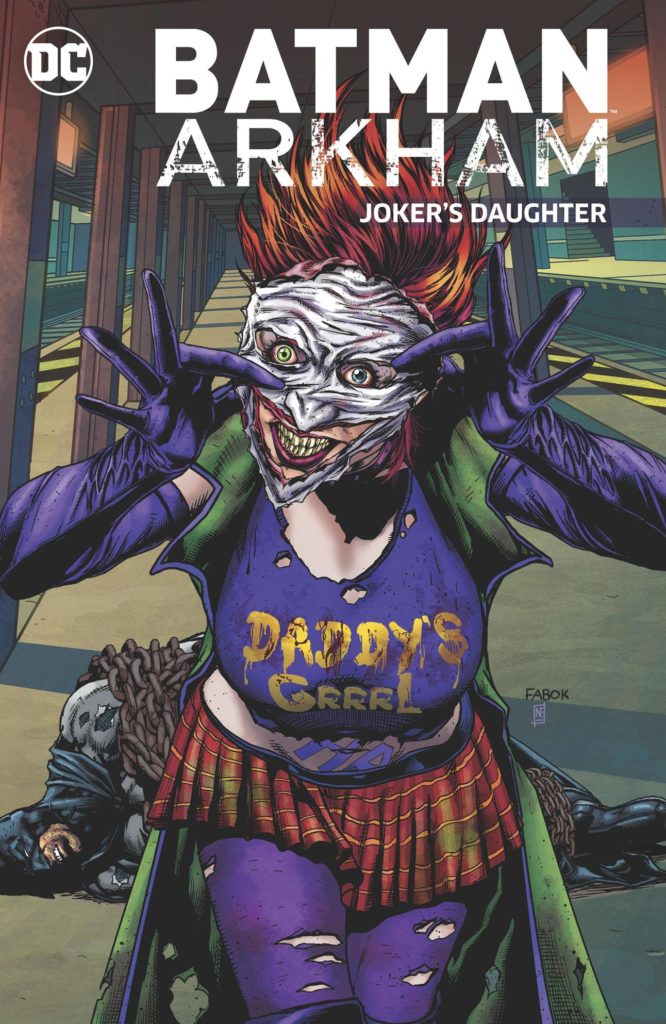 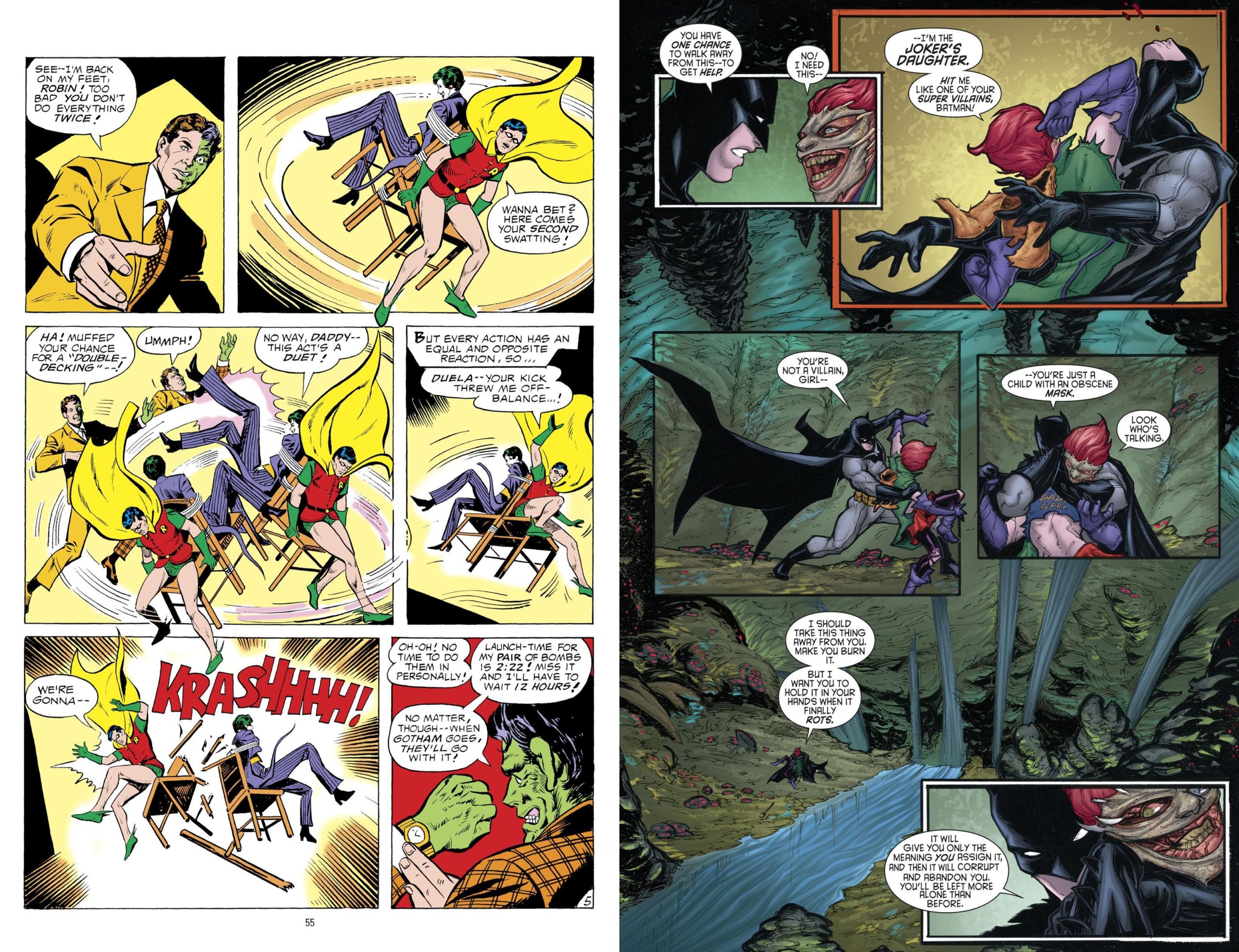 Were DC anticipating Duella Dent’s appearance in a Batman film when they issued this strange collection? Yes, she turned up again in the 21st century, but hardly as a major player in any respect, and surely no-one was demanding a selection of mediocre stories from the 1970s padded out with a few more recent efforts.

The Joker’s daughter is freakishly bizarre concept if any thought is applied, which didn’t occur in the late 1970s during which she plagued Robin, using the methods of a different Gotham villain every episode, claiming said villain as her parent. Perhaps read at one per month in the company of other material in a Batman anthology Bob Rozakis’ stories provided contrast and entertainment. As a concentrated run any minor charm rapidly evaporates, although Irv Novick’s polished art isn’t at fault. That’s followed by a late 1970s Teen Titans story in which Duella confronts her real father, Two-Face, before we’re back to Robin stories with Duella now a crimefighter calling herself Harlequin. The tone is consistently juvenile, as if Rozakis is aiming for the camp nature of the 1960s Batman TV show, but without the imagination to pull it off. We have captions imitating the voiceovers, and the occasional daft stunt, represented by José Delbo’s sample page, feeble puns and painful dialogue. The final Rozakis stories are slightly more sophisticated, but run on for page after page with little space for Duella Dent.

Halfway through the collection we take a 22 year jump to the year 2000 and Beast Boy’s keg party. It’s early work from Geoff Johns, Ben Raab and Drew Johnson, and a fair bet would be none of them now list it on their CVs. J. Torres and Paco Medina then supply a sort of satire about the 1970s material, which just about succeeds.

The final two stories are from 2013 and 2014, which present the Joker’s Daughter from the rebooted ‘New 52’ universe. She’s an altogether more disturbing and sinister personality, something from a horror show instead of a joke box, but this version is equally silly, a fractured woman who has the skin the Joker’s sliced from his face. Don’t read with your lunch. That it’s meant to be taken seriously makes Ann Nocenti’s use of mental illness and self-harm trivialising in context, but it’s nicely drawn by Georges Jeanty. The other sample page is from Megan Hetrick’s work on the final story, which is by some distance the best in the collection. Marguerite Bennett overplays it slightly, but she supplies a terrifyingly convincing portrait of psychotic insanity far removed from the standard superhero slugfest. It’s brutal and unpleasant, but also powerful.

That, however, isn’t anywhere near enough to make this a collection worth your time or money.