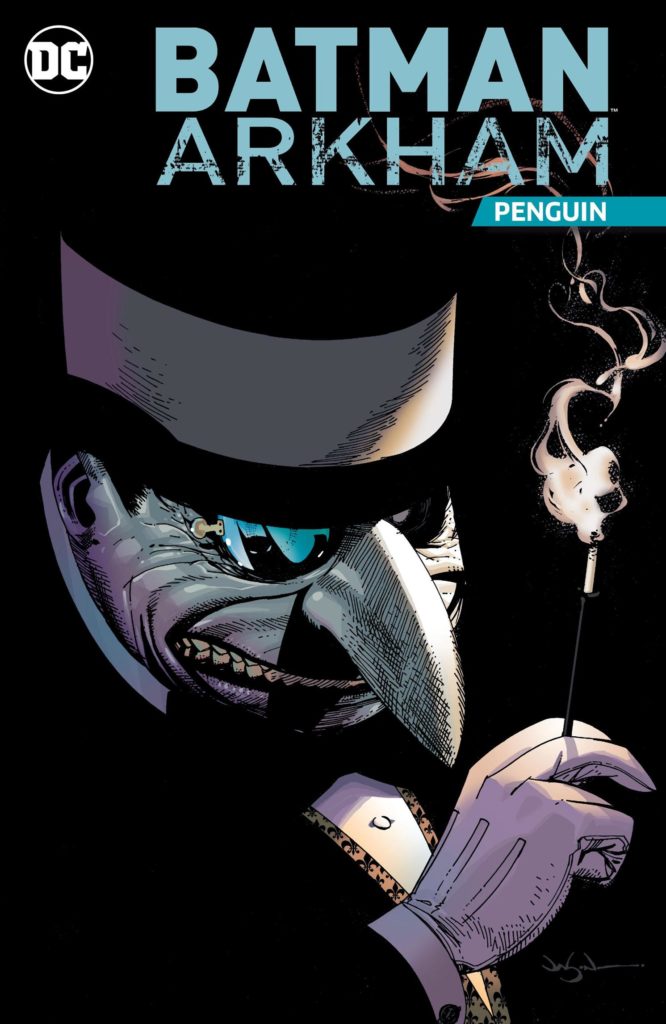 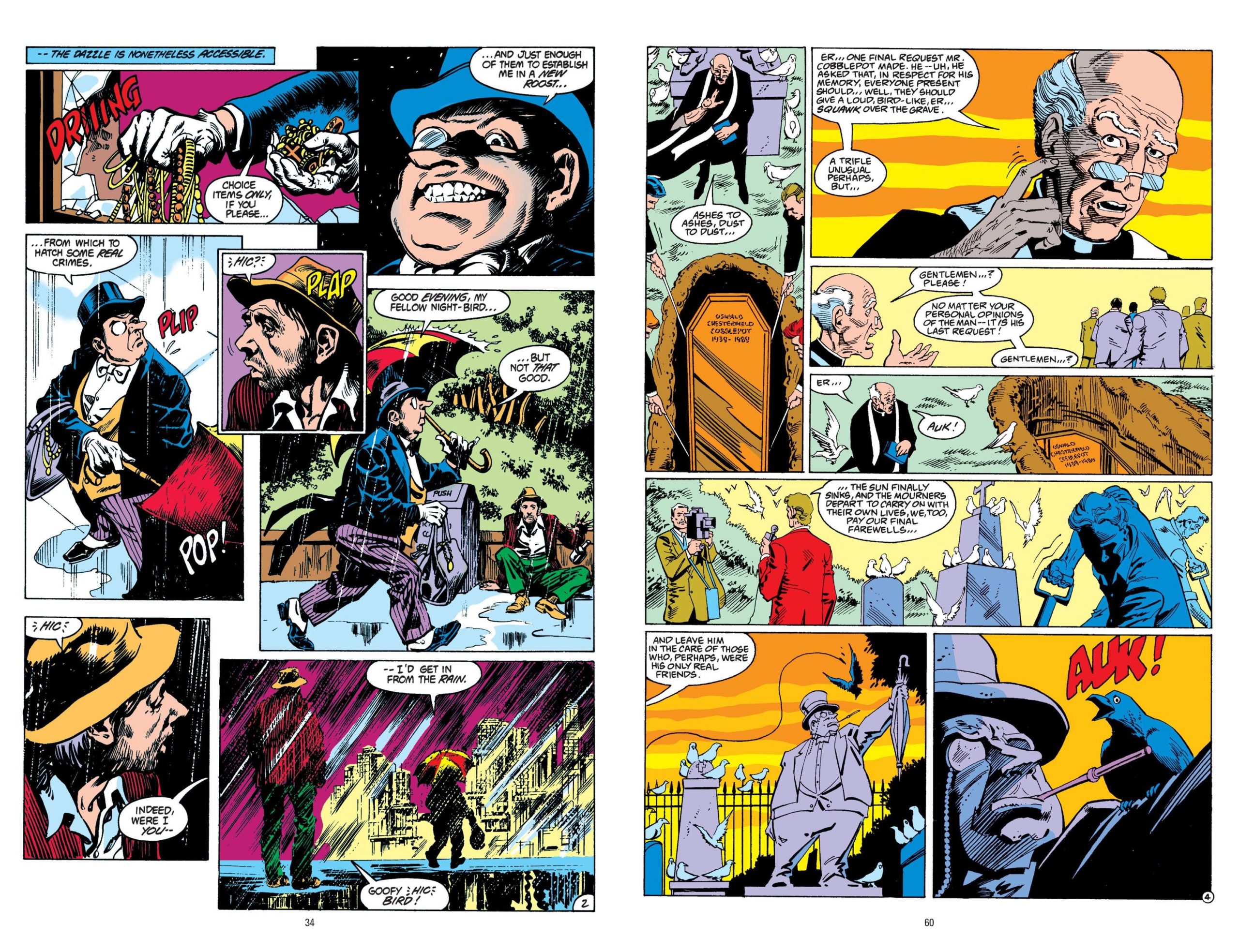 With a timespan of 1941 to 2008, this covers a longer period than any of the other Batman Arkham collections spotlighting Gotham’s villains.

Bill Finger and Bob Kane’s work on the first Penguin story may now seem crude, but it establishes what the Penguin has been ever since, a curiously old-fashioned looking individual whose bumbling form belies his scheming criminal mind, enabling him to control Gotham’s gangs. Despite his gimmick being trick umbrellas, when asked his name he adopts the cruel nickname given by Dick Grayson. Finger’s second story is from Batman’s giant gimmicks era and doesn’t read nearly as well.

It’s a fair leap then to 1984 and an excellent rendition of the Penguin from Don Newton (sample art left). In Doug Moench’s story he’s seeking to re-establish himself, and that begins well, but descends into a standard Penguin outing. The following story from Alan Grant improves on that, with the Penguin seemingly dead and having made some peculiar specifications in his will. Norm Breyfogle (sample art right) is dynamic and imaginative, but can the Penguin really be dead? Well, after this story there’s almost 150 pages still to go, starting with John Ostrander and Joe Staton reworking the Penguin by suggesting he’s underachieved considering his intellect. It’s the introduction of the modern day Penguin, that of the puppet master who pulls the strings while remaining beyond the reach of the law himself. Ostrander also delves back into the Penguin’s youth in what’s a real gem, beautifully drawn by Staton in his cartoon style.

Two chapters drawn by Kelley Jones are nice in every respect other than his version of the Penguin, which is fundamental. Jones draws him like an old fashioned puppet from a ventriloquist’s act, with a chin you could place your whisky glass on and a deliberately phallic nose. Moench’s neat script has a bored Penguin once again discovering the thrill of committing crimes personally. He’s given that up as Paul Dini and Don Kramer have him going legit again, launching a casino with a gala opening night. This is another gem, Dini’s characterisation note perfect, Batman’s only appearance thrilling, and if you follow Dini and Kramer into Death and the City there’s a good follow-up on a supporting character.

For a finale we have Jason Aaron and Jason Pearson’s insight into just what the villain formerly known as Oswald Cobblepot is. It’s unpleasant and compelling, and rounds off what’s been the best of the Batman Arkham collections to date.