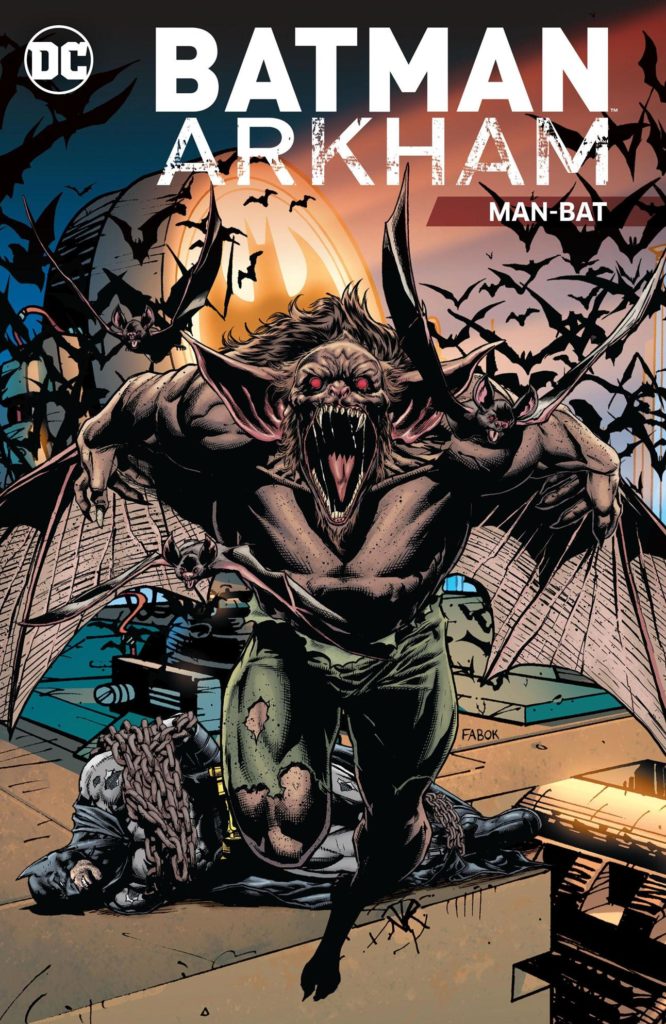 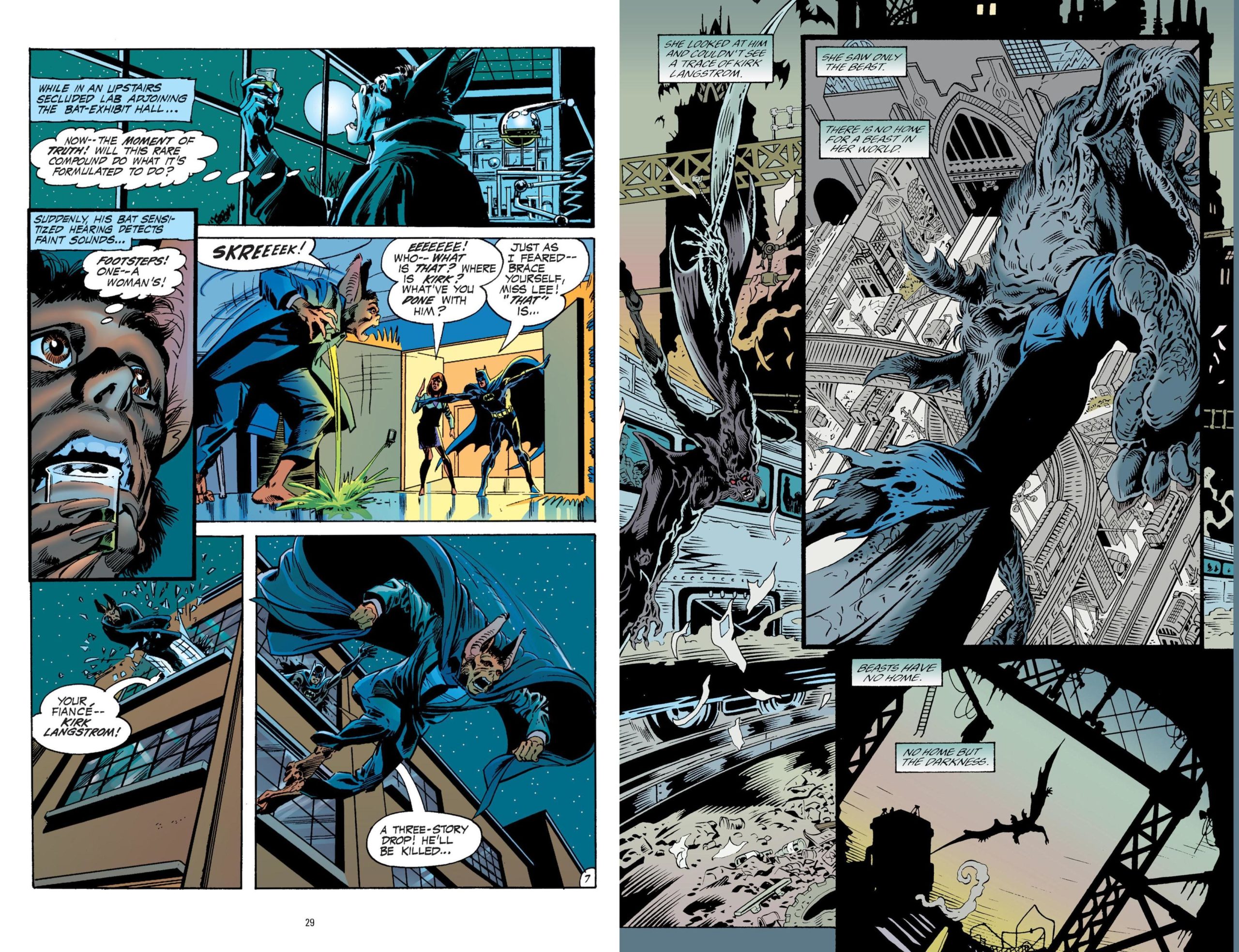 In terms of Batman’s iconic foes with some pedigree to them very few arrived after Man-Bat. Just Killer Croc, Bane and the Ventriloquist come to mind, so it may surprise that Man-Bat celebrated his fiftieth anniversary in 2020. This sample collection of his exploits takes a different approach to the other Batman Arkham spotlights by concentrating the focus on a few stories rather than spanning the years. All three chapters of Chuck Dixon and Flint Henry’s miniseries are included, along with the prologue, along with both issues of Man-Bat’s short-lived 1976 series, and the collection opens with the three Frank Robbins and Neal Adams collaborations that introduced Man-Bat.

Considering the age of this trilogy they’ve dated very well in no small part due to Adams influencing almost every superhero artist of the 1970s and the consequent trickle down effect. Robbins’ stories concern biologist Kirk Langstrom whose experiments on himself based on infusing the characteristics of bats are intended to provide heightened senses. Instead, in the best classic horror tradition, they transform him into a very different creature of the night, and there’s still a pathos to the way Robbins works in other horror tropes.

Steve Ditko’s styling couldn’t be further away from Adams, yet also results in a formidable Man-Bat, but unfortunately the same can’t be said of his Batman. Neither this story by Gerry Conway nor Martin Pasko and Pablo Marcos pitting Man-Bat against the Ten-Eyed Man are anything more than page filler, and this 1976 series being cancelled can’t have been surprising.

We’ve already seen Man-Bat’s origin in detail in the Robbins and Adams stories, but having it again is no hardship when drawn by Kevin Nowlan, and Jan Strnad adds a few new elements.

By the time of Chuck Dixon and Flint Henry’s interpretation Man-Bat has little humanity left, and is operating on instinct by returning to Gotham to find his wife Francine. Henry’s version of Man-Bat is a tormented and leathery creature always twisted in anguish, and looking great when flying or alone, but Henry also distorts the remainder of the cast and crams them into panels in strange poses, and that drifts into unintended ugliness. Dixon’s plot is his standard straightforward action thriller, but leading to a bizarrely contrived ending. Dixon’s also responsible for re-running the origin yet again, at length, Quique Alcatena’s excellent art highlighting the gothic horror this time.

More nice art from J. G. Jones is on a short black and white Dan Didio story where a blundering Batman defies credibility. It’s Francine Langstrom that’s the monster in Frank Tieri and Scot Eaton’s closer, the original 2013 publication making it the most recent piece. This is the ‘New 52’ DC, but an unpleasant, taunting Francine is no more acceptable than the previous victim. Eaton is an exemplary storyteller, and Tieri making Man-Bat Gotham’s protector in Batman’s absence is interesting, with his journal a neat device leading to the inevitable.

In general the art here far outranks the writing, and be prepared for repetition.