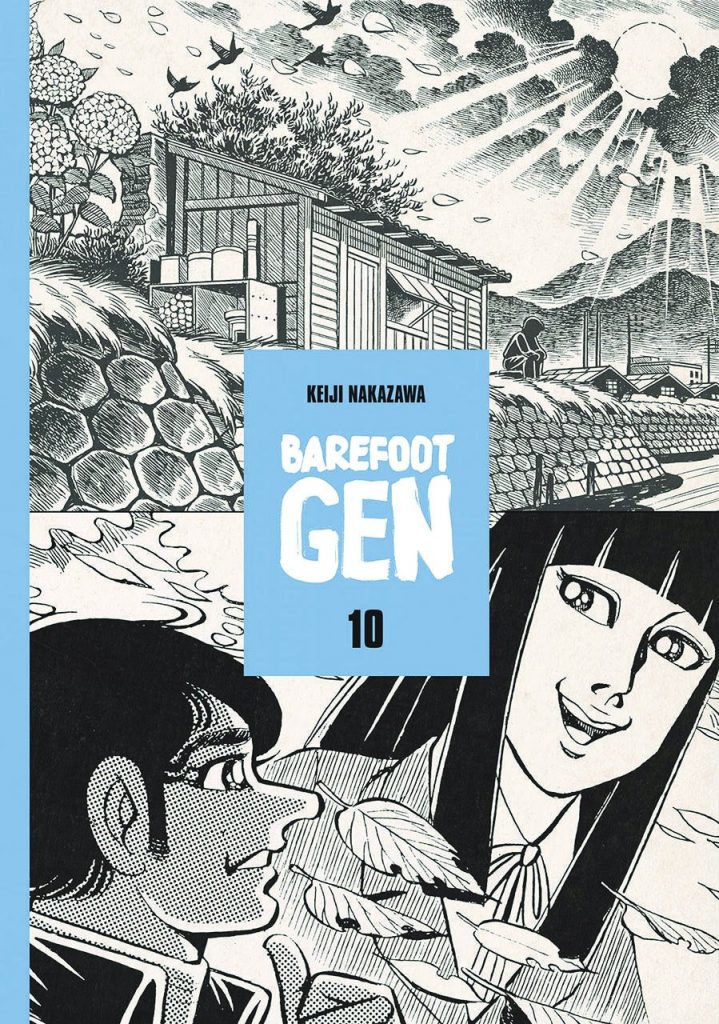 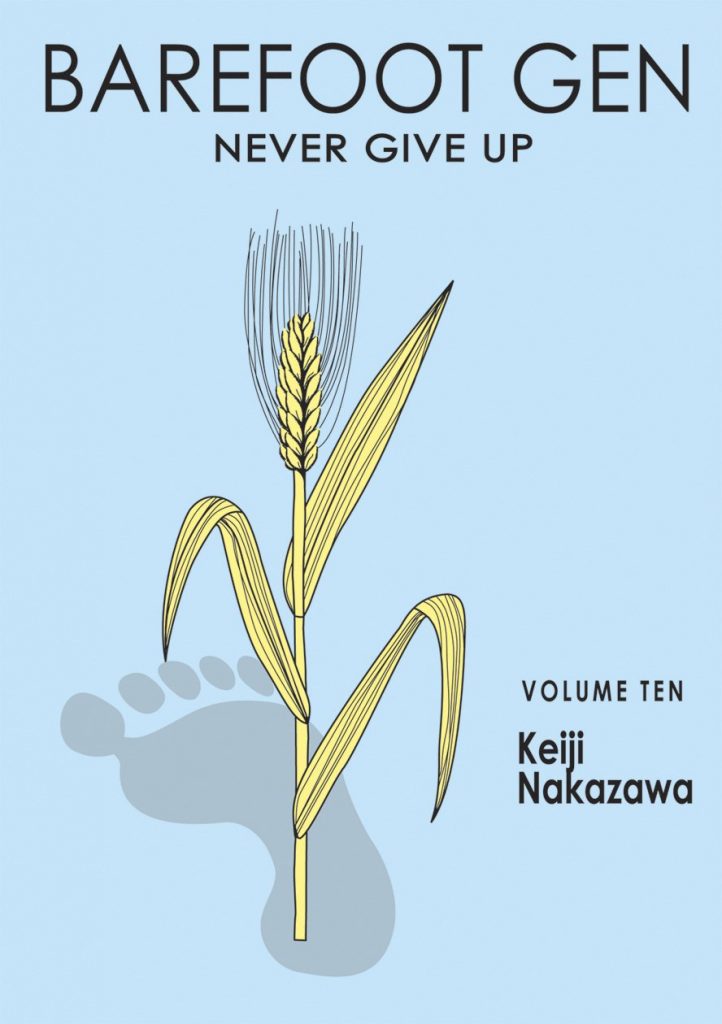 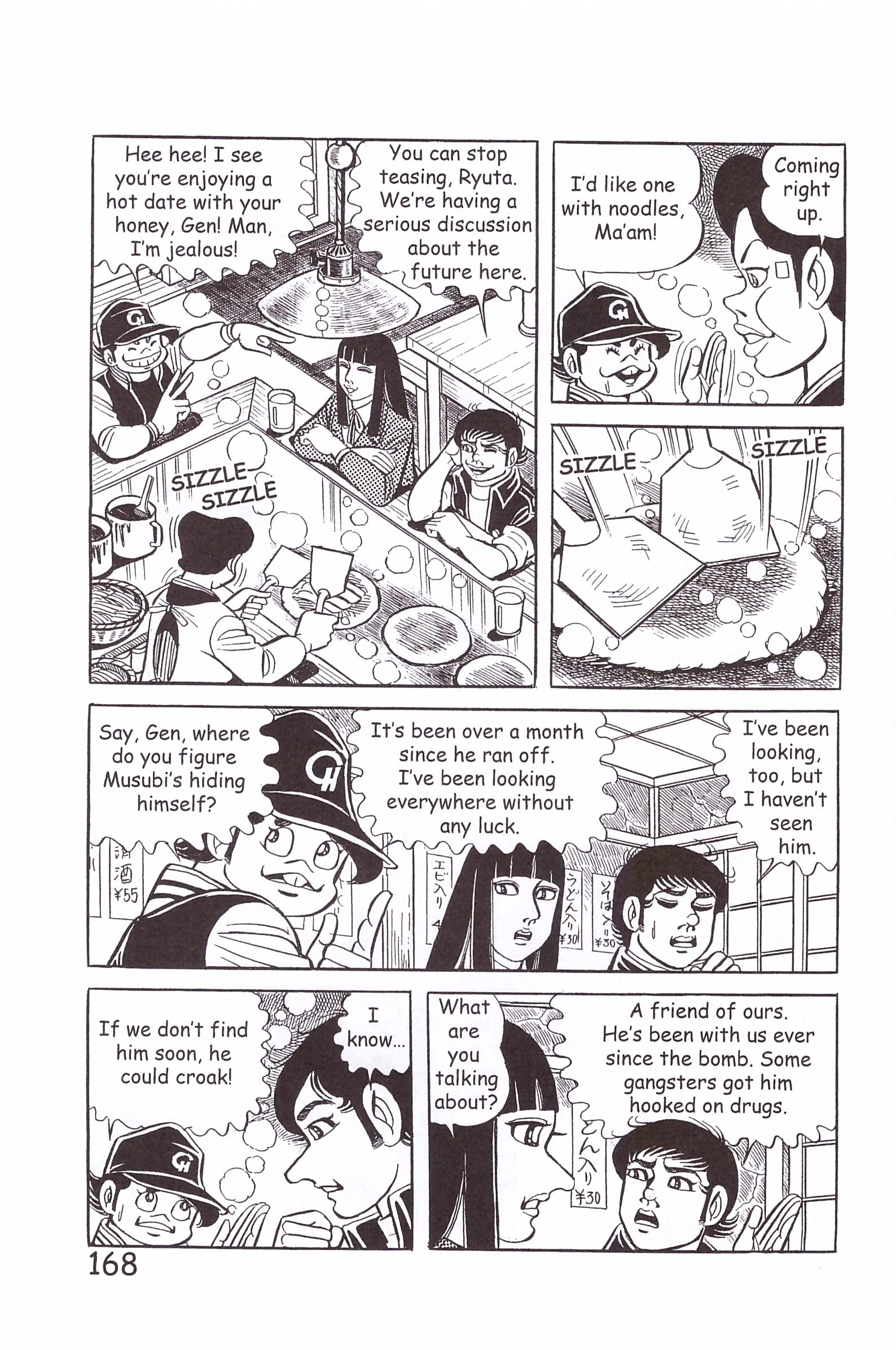 It’s Spring 1953 as Never Give Up opens, with Gen now fifteen, Keiji Nakazawa having jumped the series forward two years from Breaking Down Borders. Ryuta’s comical sales speech touches on the major events of the intervening years, the most important being that the Americans have left and Japan is again an independent nation.

In a strong opening sequence Nakazawa reinforces how some see an independent Japan as the means of resurrecting old militaristic habits. Faced with that, Gen has the ability to assess what he’s told and make up his own mind and the strength of character to stand up for his principles. Unfortunately, as he discovers, standing up for principles can also have a cost. Beyond that, we see Gen going through the standard teenage pangs of first love, as awkward and as uncertain for him as it is for anyone else going through that rite of passage, and this may be the final book in the series, but that doesn’t mean Nakazawa’s run out of tragic experiences.

Although set eight years after the Hiroshima bombing, Nakazawa also hasn’t exhausted the connected topics. Mental anguish features in Never Give Up, considered in several forms. It becomes common knowledge that Hiroshima’s survivors are far likelier than most to develop leukaemia, we see the ongoing guilt of survivors about not being able to save members of their families, and one regular cast member develops an addiction. Dealing with the latter topic is a reminder that despite the occasional nudity, more acceptable in Japan than the USA, Barefoot Gen is aimed at as wide an audience as possible, and this occasionally leads to items being over-explained for adult readers. Balance that, though against the tragic circumstances of Never Give Up, and it’s a trivial point.

More so than earlier volumes Nakazawa feeds his cast into what eventually becomes a dark crime story, raising the tensions about the safety of people we’ve come to care about. It’s suspenseful and there are no guarantees that anyone will survive dealing with gangsters.

Artistically, the way Nakazawa now draws Gen’s nose in profile is distracting, a little too long, but otherwise it’s the usual carefully composed and polished cartooning. That to a degree glosses over a moral ambivalence that not everyone will agree with, which flies in the face of Nakazawa’s overall message of peace. That’s again stressed in the final pages, reiterating the horrors of nuclear warfare, with innocent people paying the price for warmongering rulers or governments. It’s been the connection throughout Barefoot Gen, providing a story that’s both powerful and entertaining, sustained over ten volumes. 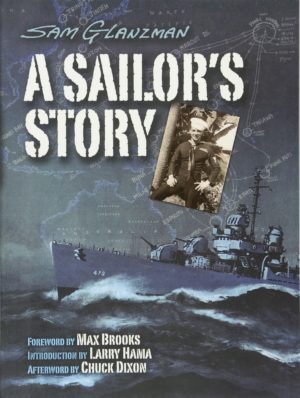