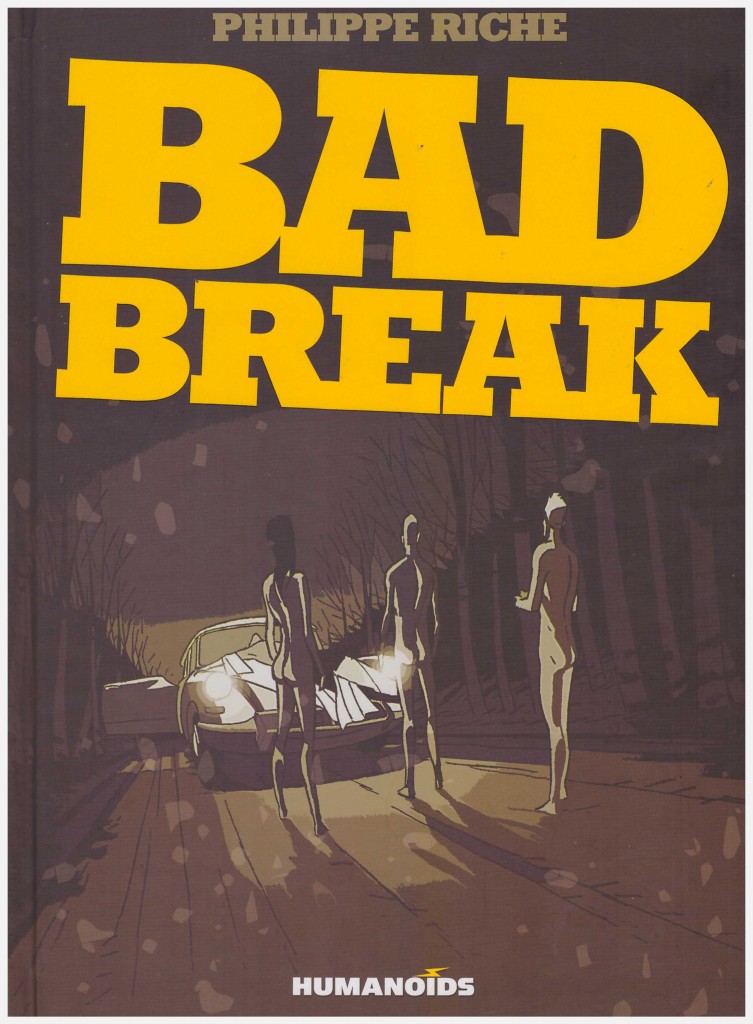 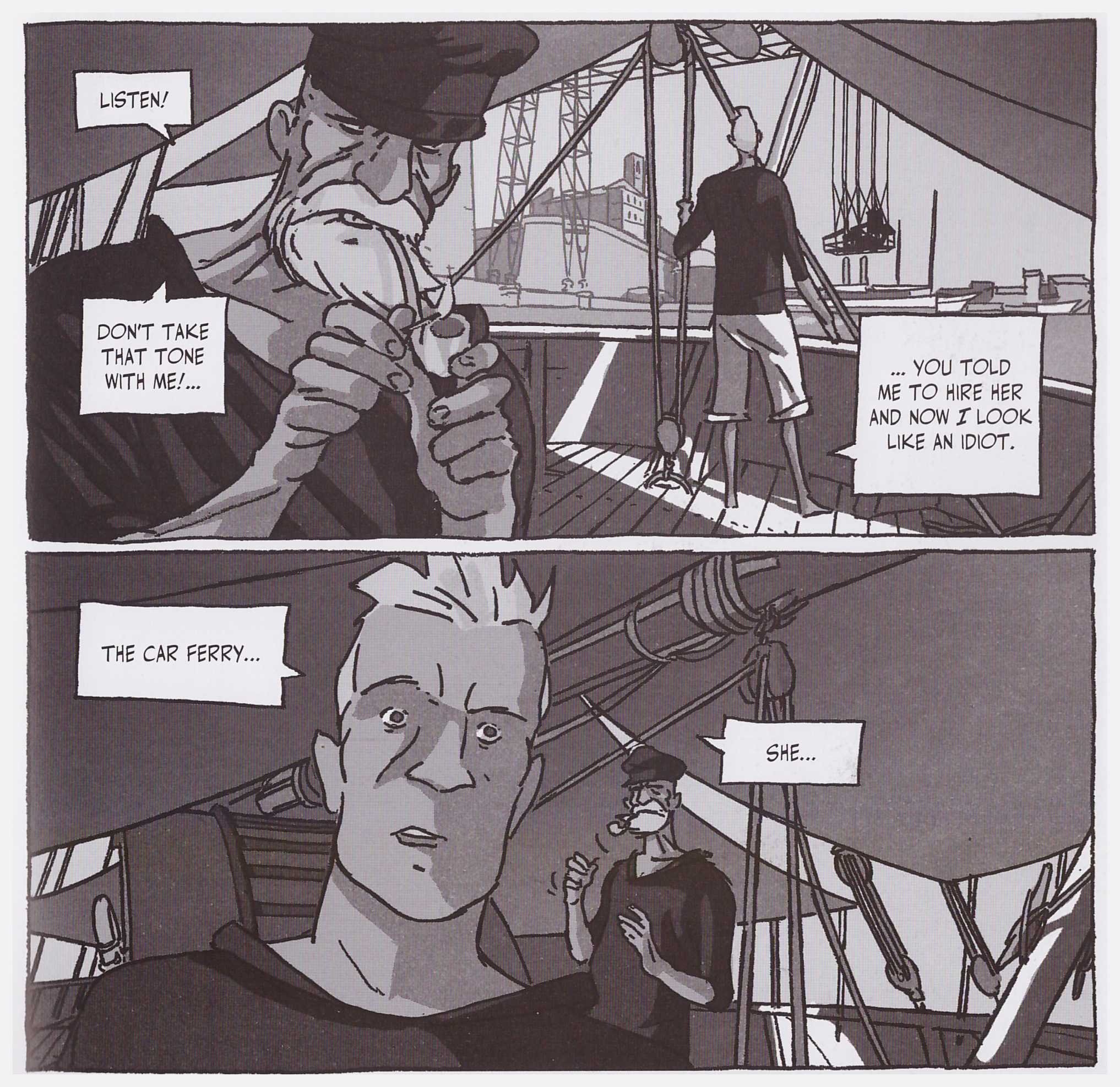 A year after publishing The Alliance of the Curious, Humanoids issued Philippe Riche’s confident debut project. It’s a twisting mystery that beings when a man with a gun, Lazare, turns up in less than peak condition at a wrecking yard, having checked himself out of hospital in order to retrieve a case from his crushed car. On a whim, the wrecker’s assistant Simon quits to accompany Lazare on his mysterious mission, soon running into a gang of Polynesians with facial tattoos, and porn star Rebecca, also distinctively tattooed. Mysterious tattoos form the heart of the plot, stretching back across decades and around the globe as the experiences of an old sailor and the treasure he concealed resonate years after his death.

As accomplished as this is for a first graphic novel, Riche has a go with the flow approach to storytelling leading to extended diversions and a lack of subtlety in explaining his back story. This intrudes via lengthy passages that are nowhere near as interesting as the uneasy dynamic he’s created between his misfit main characters. The circular nature of the plot also comes over as contrived, leading to a disappointing conclusion.

Riche illustrates in black and white wash, utilising a sketchy style that never glamorises his cast, who spend a fair chunk of the book naked, and he’s particularly adept at conveying mood and feeling with a facial expression or gesture. The monochrome art underlines the influence of noir films, towards which a further nod is granted via his primary page layout of three elongated panels substituting for a film strip. It’s a joke that wears thin, though, with little deviation from this layout over 200 pages. While acknowledging Riche’s talent, a more adept creator would have needed half that amount.