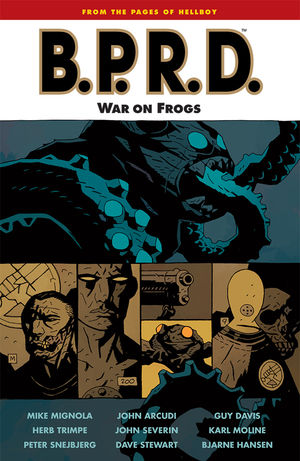 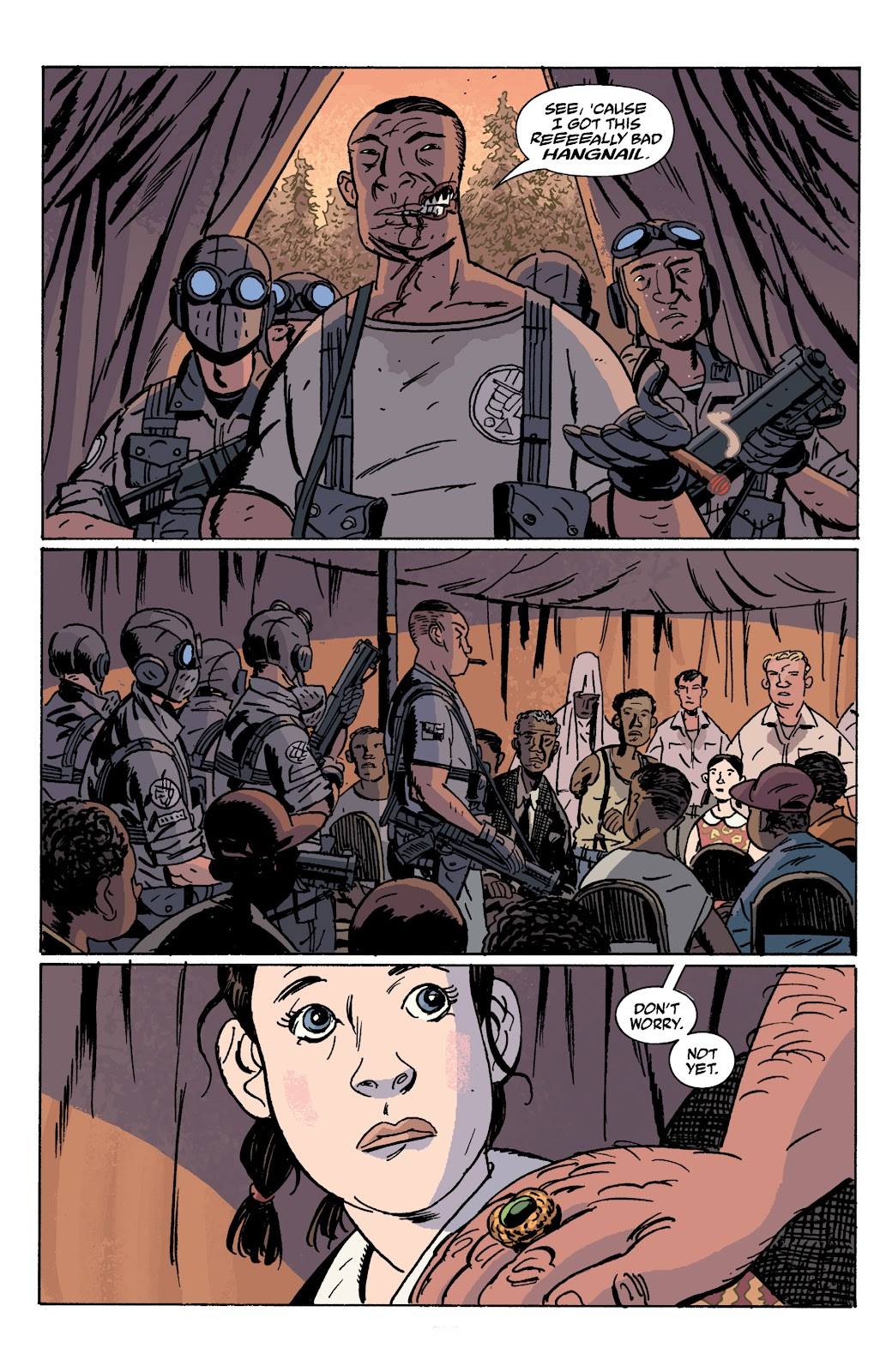 War on Frogs is a collection of individual stories set shortly after the Plague of Frogs collection, with the B.P.R.D. searching out and dealing with individual infestations of the frog creatures, often accompanied by armed forces.

Guy Davis’ style is so associated with the activities of the present-day B.P.R.D. that it’s always surprising to see them interpreted by other artists. So definitive is the look Davis provides that even first rank artists such as John Severin and Peter Snejbjerg somehow suffer merely via a different approach to layouts. That’s very apparent on the first story, where Davis’ inks swamp Herb Trimpe’s pencils creating an unsettling hybrid look.

Severin’s tale is a re-run of Alien as a bunch of B.P.R.D. troops find themselves on an abandoned ship with a bunch of frog creatures. The remainder focus on individual agents leading missions, and there’s a poignancy to all of them. Roger’s mission reveals there may be more to the frog creatures than mindless instinct, which is a theme followed as Johan is trailed by the ghosts of some frog creatures. Davis illustrates the chapter of Captain Daimio in action at a revival healing, and the solitary Liz affected by visions is contrasted with the kick-ass firestarter of earlier days. That’s illustrated by Karl Moline, who comes closest to approximating Davis’ layouts.

As a collection War on Frogs displays that even with Mignola and Arcudi plotting and good artwork throughout, removed from the bigger picture B.P.R.D. isn’t as interesting. The whole is greater than the sum of the parts.

When this was collected with other stories in the larger B.P.R.D. Plague of Frogs editions, it was resequenced to its chronological position, and so appears in volume two along with The Dead and The Black Flame.