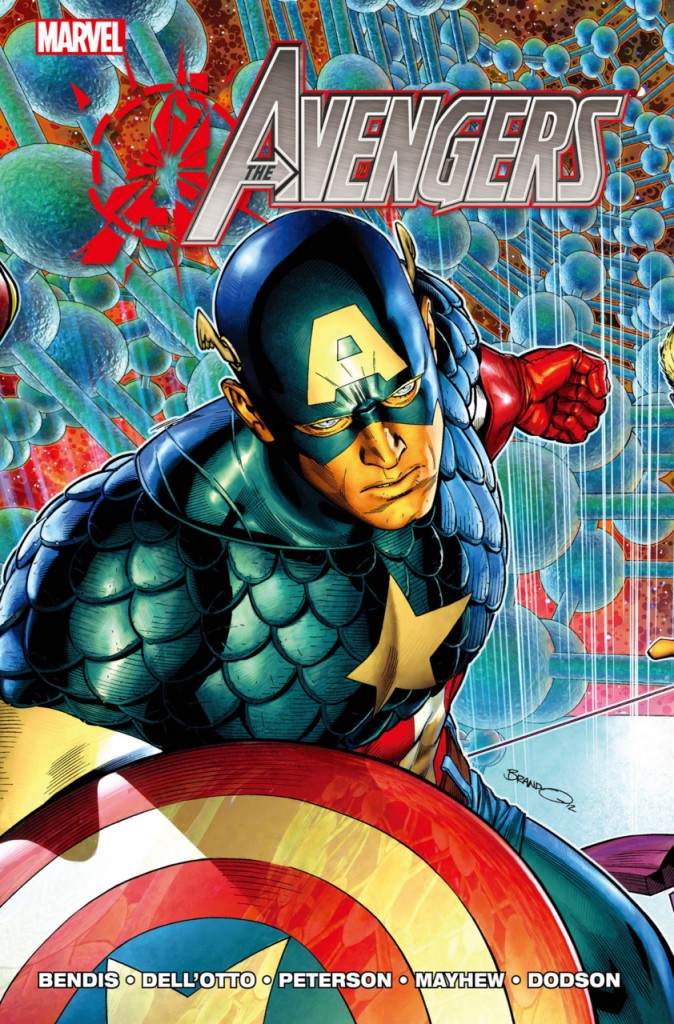 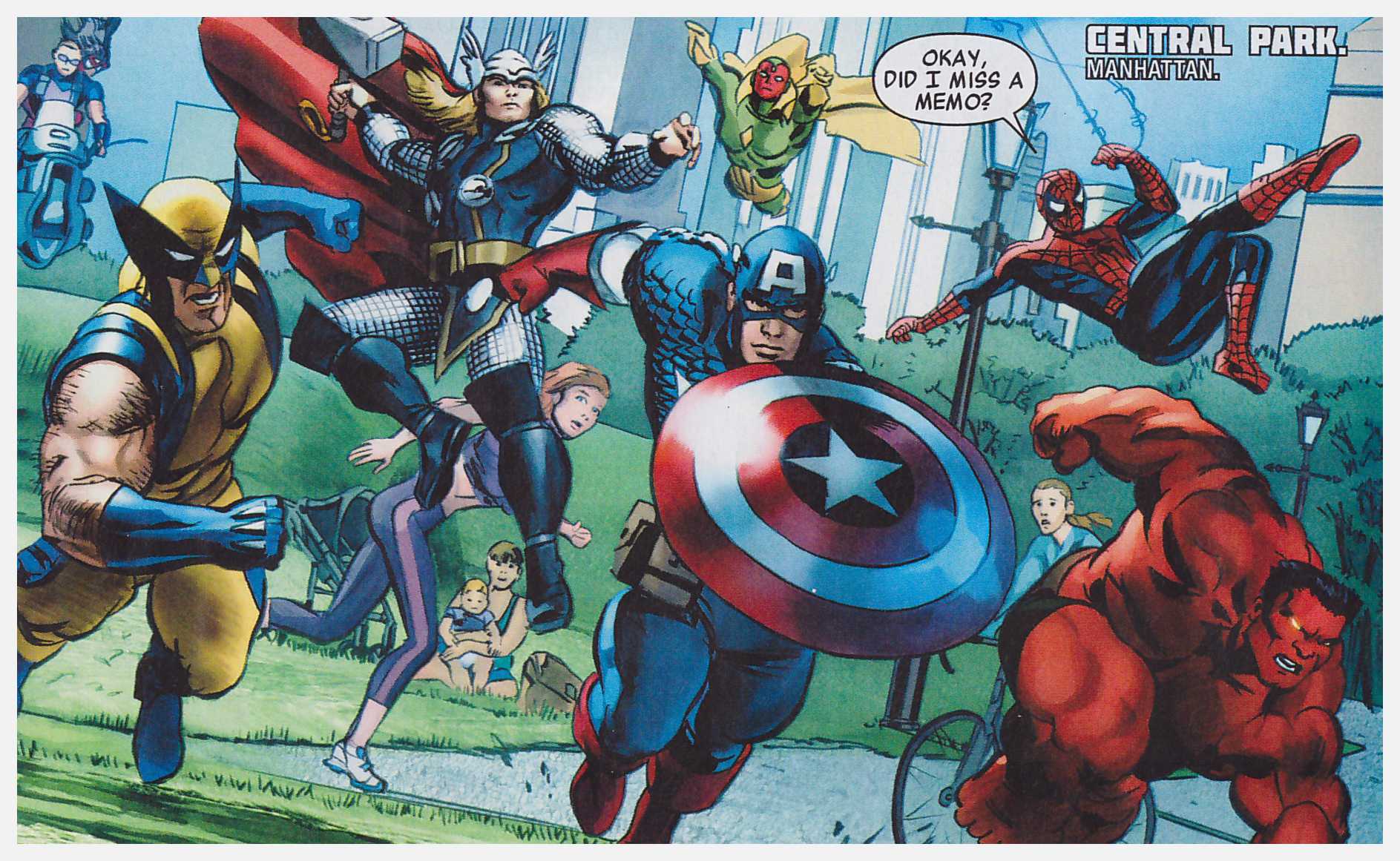 Of all the many Avengers he used during his run, Wonder Man is a rare character Brian Michael Bendis lacked a handle on. He’s depicted throughout this series as angry at the restoration of the Avengers, taking the stand that as they’re at the centre of the world’s troubles, without them the troubles would be fewer. It’s ridiculously illogical, and never explained, even with a cop-out like mind control. Wonder Man has a mad on, and he’s going to bring his former colleagues down. To do so he gathers a group of other disgruntled superheroes and they set about the Avengers. That’s the plot of two extended chapters, and they’re as poor as anything Bendis has written for the title. It’s not helped by Gabrielle Dell’Otto switching from his usual painted style to scratchy pen and ink.

The remainder of the book concentrates on restoring a team-member believed dead. It’s set in the Microverse, and appears to be a partial indulgence on Bendis’ part, with it’s nod to the fondly remembered but never reprinted Micronauts series of the late 1970s. As the main cast are off-limits due to licensing considerations, artist Brandon Peterson has transformed the villain of the piece just enough to avoid litigation. He remains a brute of an armoured centaur, though.

This is better work than the lead, and has some fine moments, but it ranks far below the best of the Bendis Avengers canon. The technobabble explanation as to why the Avengers are initially bested by a foe even the weaker members should handle never convinces, and neither does the flip-flop redemption of Wonder Man. The latter is highlighted by the previous story, published a year earlier than the remaining material, appearing immediately beforehand.

In terms of consistent quality over an extended period Bendis stands as the best ever writer of the Avengers, possibly not something he’d have foreseen during the furore caused by his début on Avengers Disassembled. It’s a shame, then, that this final collection of his work is about the weakest. To his credit, for all the changes and differences of approach, while some characters have evolved, otherwise pretty much all is restored to pre-Disassembled days.