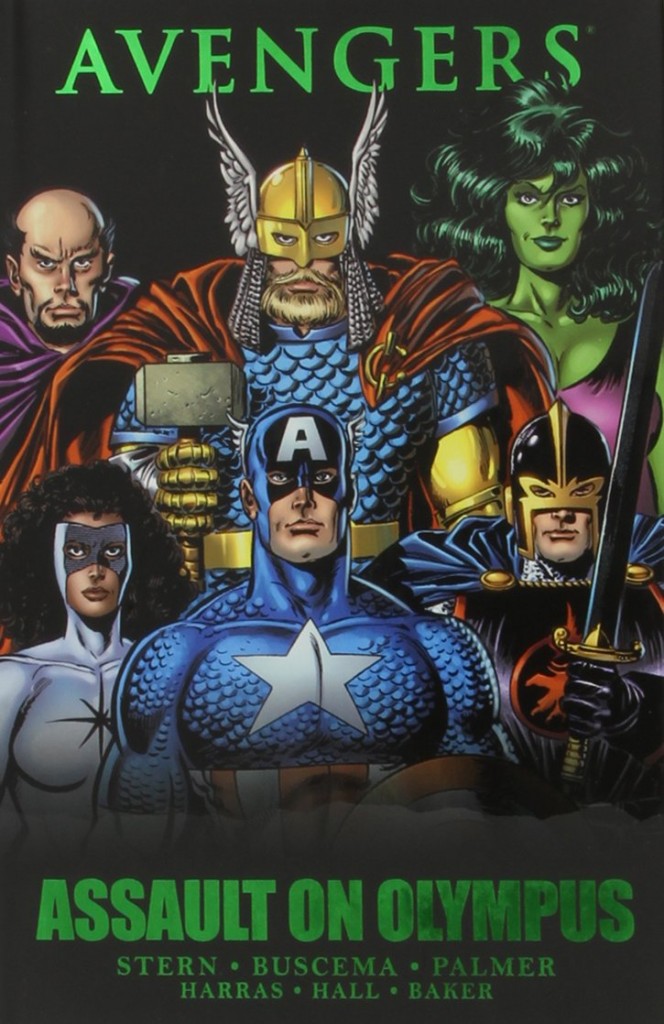 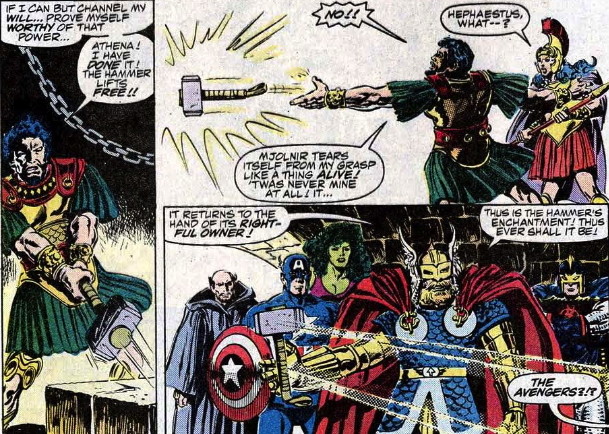 Under Siege was Roger Stern’s most successful Avengers story of the 1980s, and following it must have been tricky. He hits all the right beats here, but somehow it falls flat. There are a few quiet introspective character-based chapters in which the menaces are easily dealt with, including an election for new Avengers leader with an unexpected outcome before the bulk of the collection. How do you up the ante after dealing with what amounted to a platoon of villains? Pit the Avengers against the Gods, or Marvel’s version of the Greco-Roman pantheon.

The Avenger who’d come off worst against the Masters of Evil was an impulsive and over-confident Hercules, subsequently battered to within a centimetre of his nigh-immortal life and comatose since. When he’s kidnapped from hospital Thor, in a new costume to disguise his weakened state, is initially identified as the culprit before extremely powerful and previously unseen foes attack. It transpires that Zeus blames the Avengers for the condition his son Hercules is in, and that sets the stage for some political in-fighting as the Avengers battle their way to Olympus.

The set up is solid enough, and the art team of John Buscema and Tom Palmer are great, so why doesn’t this work? While assorted Avengers end up engaging with different immortals, there’s never any sense of these encounters being other than a holding pattern before the main event. There are some nice touches in the finale, particularly the handling of Hercules after emerging from his coma, but getting there drags. Many online reviewers would disagree.