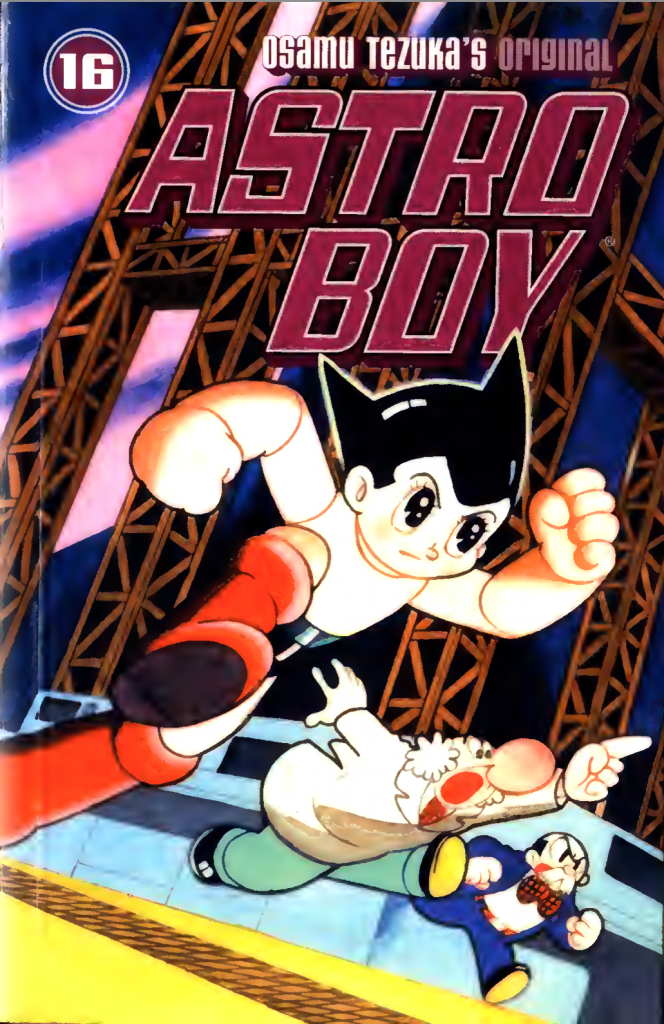 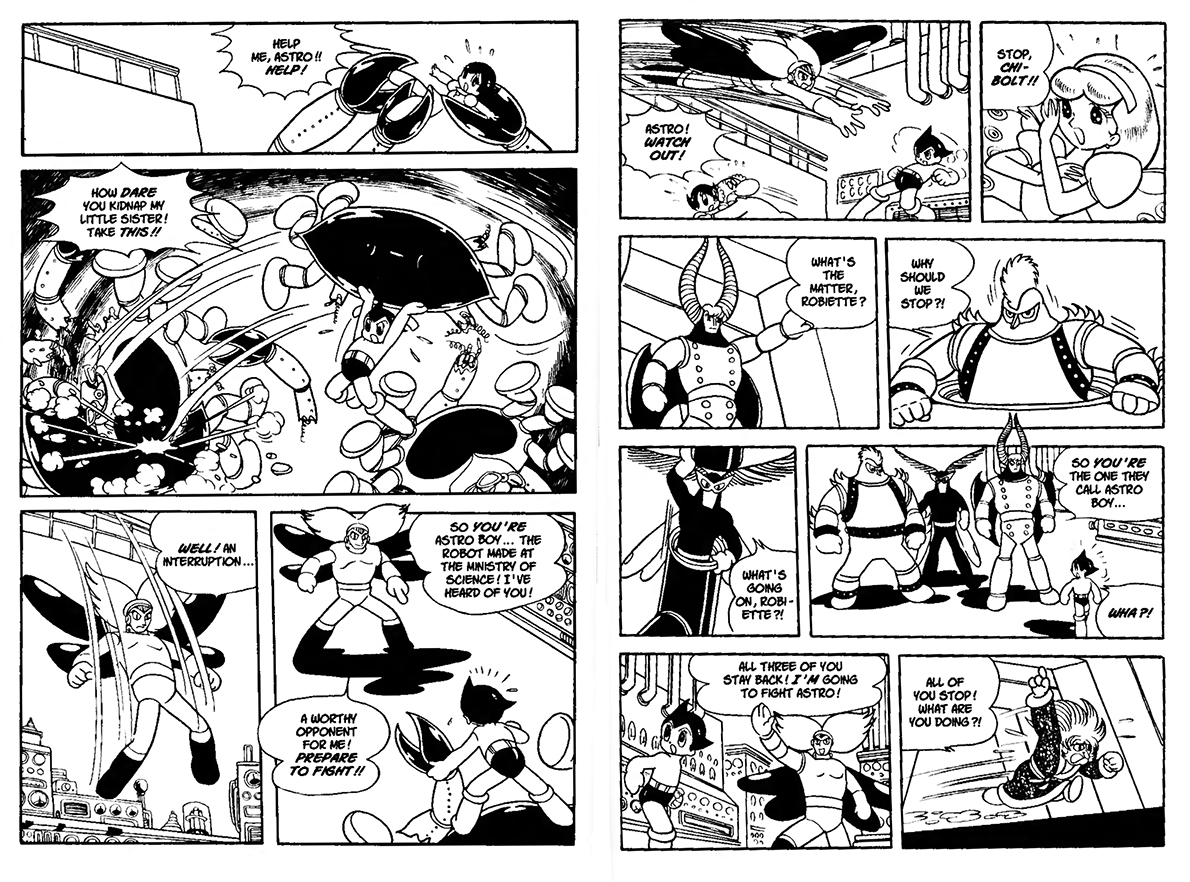 ‘Red Cat’ begins with a Tezuka intro where he muses about designing futuristic 21st century Tokyo to retain some features of the 1960s version that his readers were familiar with, and this transitions very nicely into a story about construction. Property developers want to build over the last forest in Tokyo but someone or something is going to protect the animals and birds who live there no matter what. ‘The Midoro Swamp’ also has an animal theme. Tezuka explains it was inspired by newspaper reports he was reading about the Loch Ness Monster. Mitsuteru Yokoyama, later famous for Gigantor, assisted on this story of man-eating intelligent lizards who intend to conquer humanity.

‘Robio and Robiette’ are two robots who belong to opposing families. Eccentric genius Ohno Yani is carrying on a vendetta against his rival Ornery Ijio. But their creations keep attacking innocent robots and after Uran is kidnapped, Astro and Professor Ochanomizu get involved in the feud. The many robots in this story are brilliantly designed with strong characterisations that carry on Tezuka’s usual themes of human mistreatment of robots versus their desire for self determination. A Speed Racer-ish road duel and a battle between two giant robot champions fails to quell the Montague and Capulet-style animosities but will love conquer where violence fails?

‘The Devil’s Balloons’ are floating bombs that look exactly like Astro Boy in flight. Terrified citizens of Tokyo turn against Astro, and to clear his name he has to defeat an adversary regular readers will have seen before. Sixteen volumes in, the quality of these stories remains high and these comics continue to be just as fun as any all-ages titles being published today.