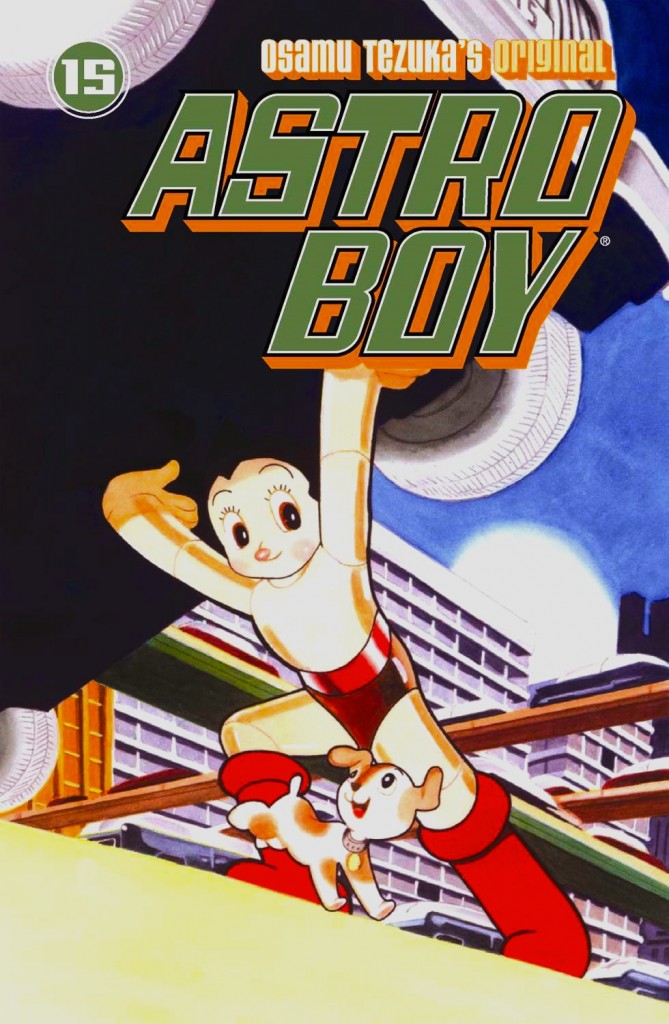 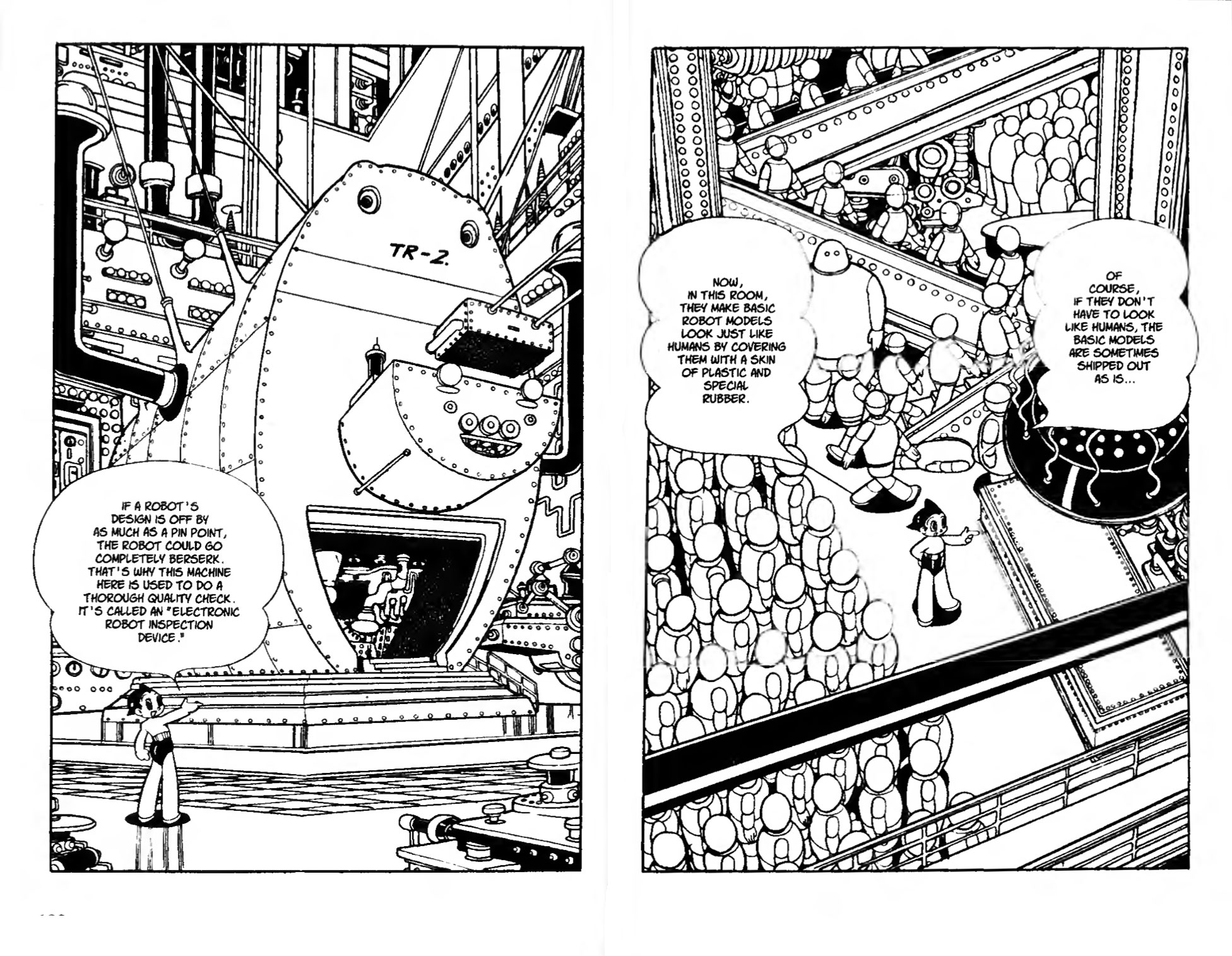 The first story, ‘Electro’, features some backgrounds and characters drawn by Shotaro Ishimori, an assistant to Tezuka who went on to create manga of his own. Electro is a robot made from a special kind of glass that makes him invisible. Unfortunately a master criminal called Skunk realises this makes him perfect for robberies. The stolen robot is impossible to see and not even Astro can prevent a crime wave of massive proportions.

‘Black Lux’ is a gang that hates robots. Their wave of destruction has left billions of yen in ruined robots heaped around the world. When Professor Ochanomizu tries to reconstruct a smashed robot from lots of different pieces, he finds a clue to their location. Astro and Mr Moustachio travel to Antarctica to discover who’s behind Black Lux’s organisation. Tezuka treads some dodgy ground with his imagery for the gang in this story, but he just about redeems it with the characterisations, and the ending is another tearjerker.

‘Ambassador Atom’ is actually the very first story in which Astro Boy appeared and he is very different from the version of him we know from later on. Most of the artwork for the original story was lost so Tezuka redrew it and and that’s the version which appears here. It mixes a retelling of Astro’s origin with a story of aliens in flying saucers who come from another planet identical to Earth. Everyone now has a duplicate. The ever-flaky Dr Tenma now has an equally flaky second Dr Tenma to contend with and together the two Tenmas create something terrible. Will it be war between humans and their space doubles?

‘Gas People’ is another hybrid story which Tezuka assembled from two different comics he created at the beginning of his work on Astro Boy. The spectacular full-page images introducing his science fiction settings still look great, and a plot involving beings who can possess the bodies of anyone they come across is cleverly woven into a story setting the scene for Astro and his cast. The story selection for these Astro Boy collections was based around presenting Tezuka’s favourites first, but even after 15 volumes the quality remains high and these comics continue to be more than equal to any all-ages titles being published today. They may be a little dated in places but this is another well made and entertaining collection.