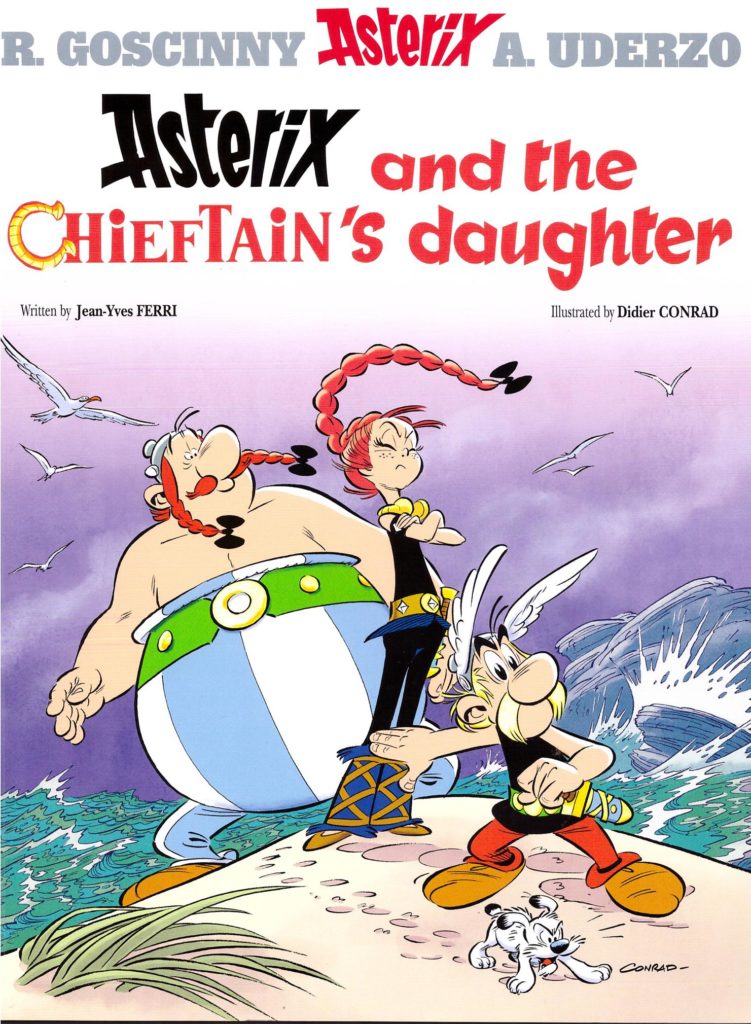 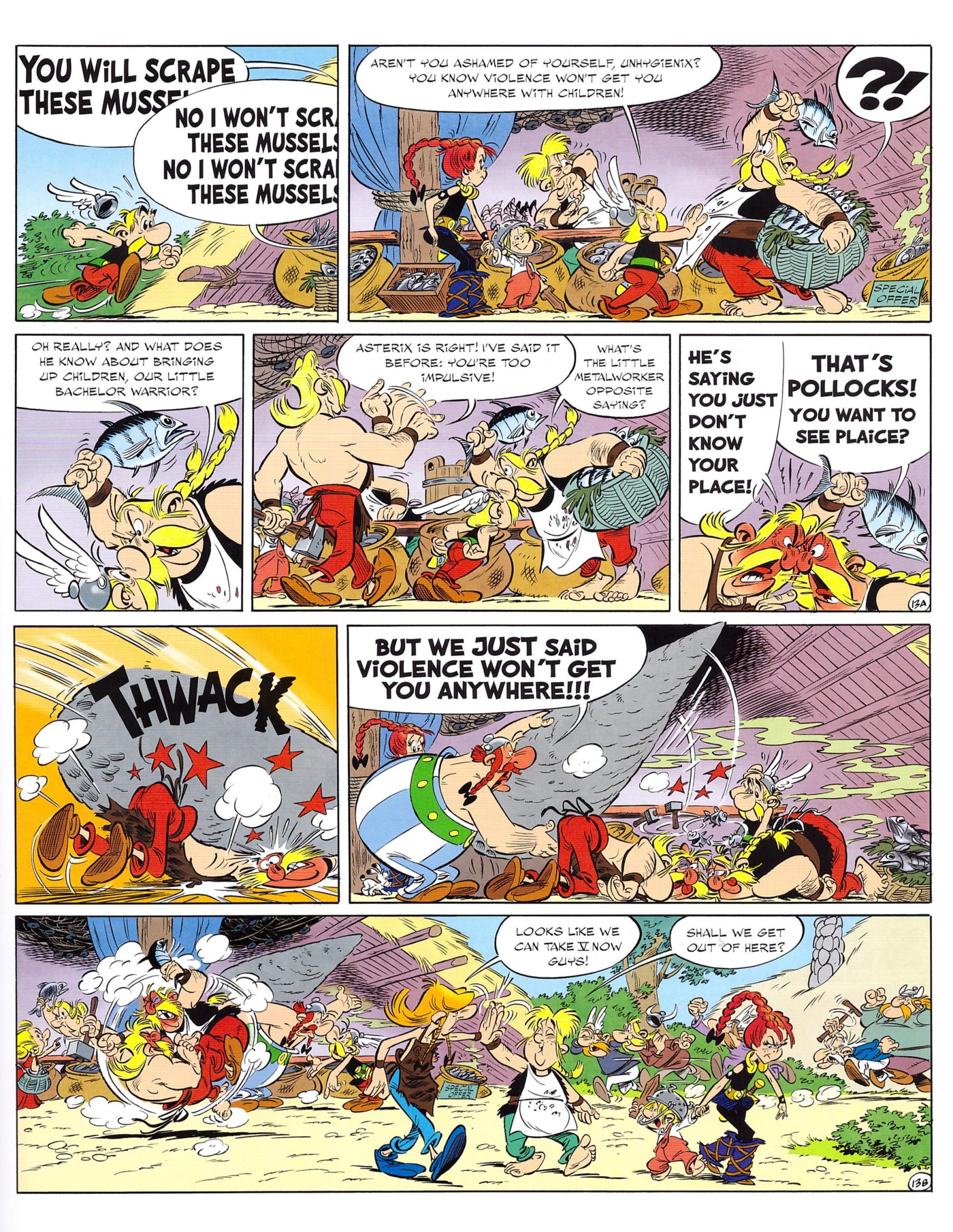 Regular Asterix readers should know from the start that Asterix and the Chieftain’s Daughter is a return to form after the disappointing Asterix and the Chariot Race. Artist Didier Conrad was in no way to blame for that, and he again turns in a first class imitation of Albert Uderzo’s busy style, Uderzo’s name still larger and the cover, and he lived long enough to see this published. Conrad delivers comfortingly familiar versions not just of Asterix and Obelix, but all the regular secondary characters, and as the Gaulish village and its surroundings are the main location, many of them appear. Newly created characters fit right in with the look, and there’s the feel of constant movement to Conrad’s pages as there was to Uderzo’s art.

The Chieftain’s daughter is Adrenalin, offspring of the recently defeated rebel leader Vercingetorex and sought by Caesar. She’s placed in the Gaulish village for safety. Jean-Yves Ferri first uses her as a means of touring the village’s teenage population, and highlighting their rebellious attitude, which is handled with sympathy. Asterix has always poked fun at the villagers being set in their ways, and there’s a greater understanding of how this might impact on teenagers than in the Asterix of old. When Adrenalin arrives, it’s with a warning that she’s likely to abscond despite a traitor hunting for her, and that sets up the remainder of the story.

New translator Adriana Hunter experienced teething problems with the previous book, with new character names inelegant. Some are still forced (Binjwatchflix, Ludwikamadeus), but others like Backtobasix, Crabstix and Sidekix feel right, and Hunter’s has picked up the necessary talent for twisted puns, one about the wind excellent. Some jokes are lost in translation, most prominently representatives from Vercingetorex’s tribe all speaking as if impersonating Sean Connery by shlurring their words, a play on some French regional dialect.

Predictably enough Adrenalin learns the maxim about frying pan and fire, there’s a meaty role for the pirates, a tenacious new enemy, several good scenes of Obelix losing his cool and taking the huff, and a classic variation on the Romans underestimating Asterix and Obelix. It’s what we all want from Asterix.