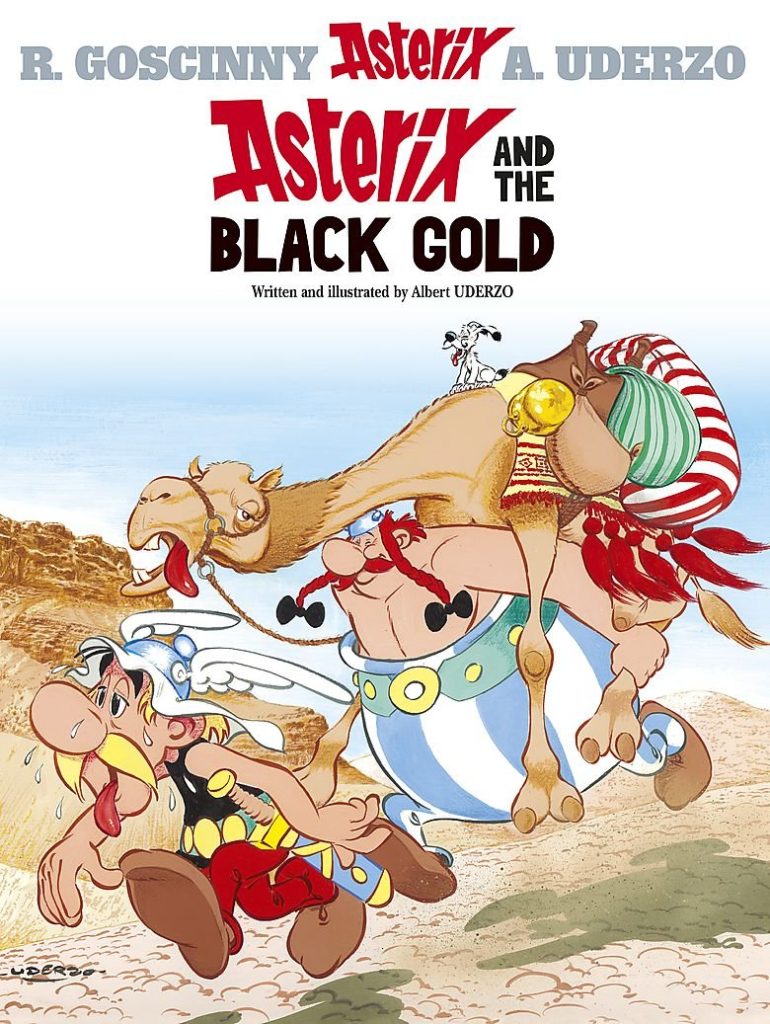 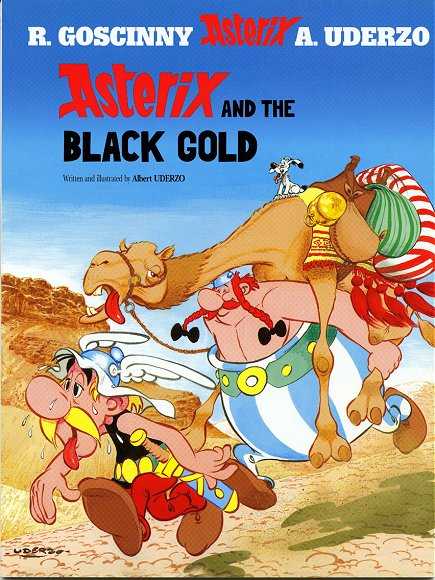 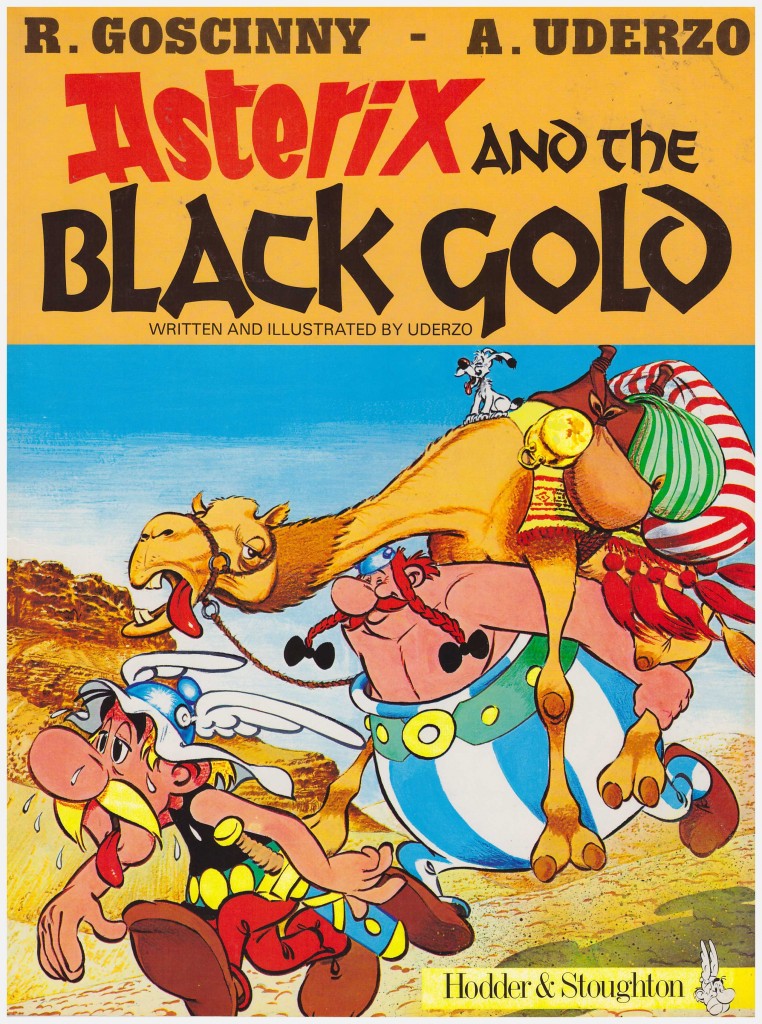 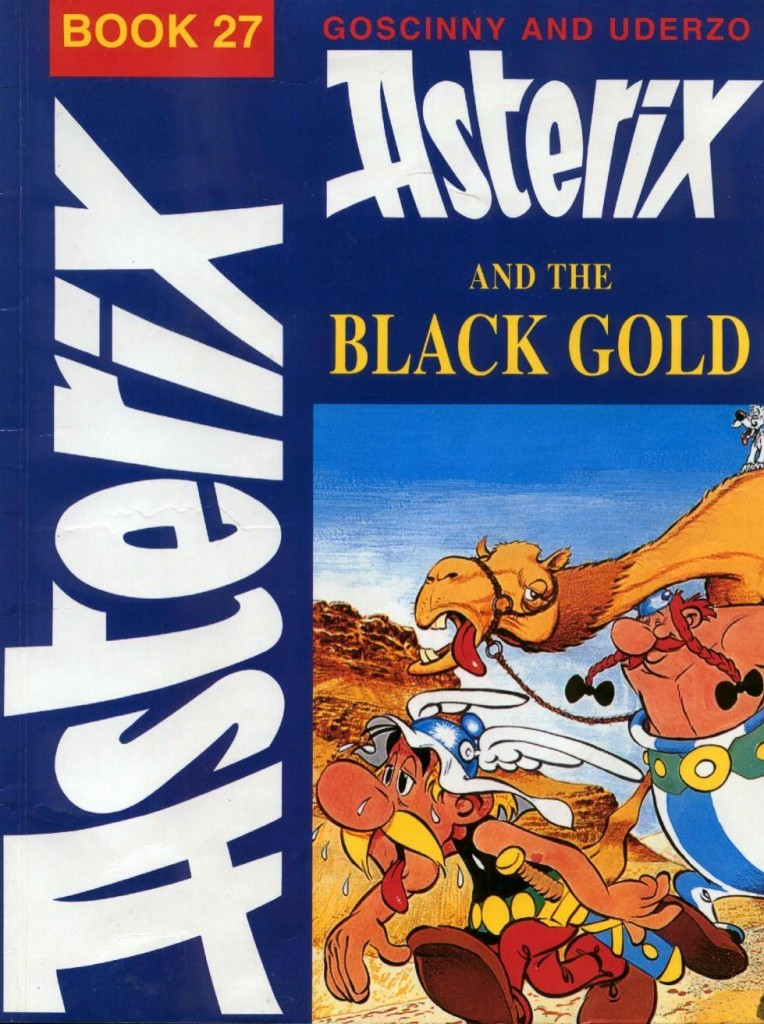 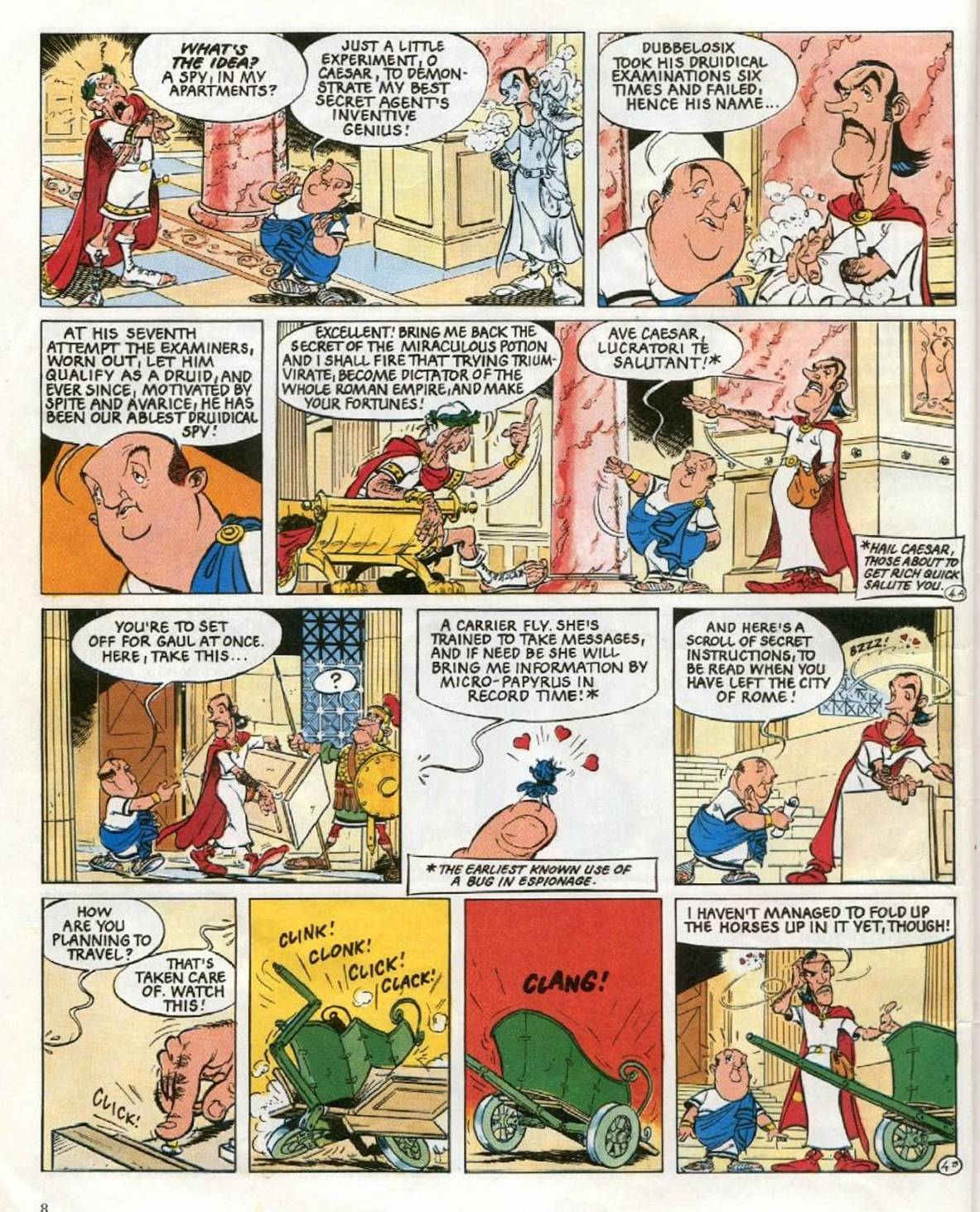 Getafix the Druid is a marvellous creation beyond the convenience of being the supplier of the magic potion that gives the Gauls their strength and invincibility. He’s the one calm head when all around are losing theirs, standing above the daily drama of village life, the narrative device to comment on the chaos. When he begins to act in a rude and tetchy manner it’s time for concern.

The cause of his concern is his stock of petra oleum having expired. It’s a dark, viscous substance, considered largely useless beyond keeping lamps alight, but given the accompanying smell other means are preferable. For Getafix, though, it’s a tiny but vital ingredient in the magic potion. Without it there is no working potion, and the Gauls will be vulnerable. So, off set Asterix and Obelix to the Middle East.

Their mission is complicated by agent Dubbleosix, a master of disguise passing himself off as a druid, but actually working as a spy for Julius Caesar. As his name indicates, he’s a parody of James Bond, so Uderzo creates a cartoon likeness of Sean Connery and constructs gags following the theme. Before departing on his mission Dubbleosix displays his gadgetry, including a collapsible chariot as seen on the sample page, although he notes he’s not yet been able to fold the horses into it! Other novelties include the wild boars surrounding the village given a voice to explain their new safety technique, the return of Greek trader Ekonomikrisis, a name even more relevant today than when created, and a succession of biblical gags when Asterix and Obelix reach Jerusalem. Uderzo also delivers some pointed comments about frequent conflicts in the modern day Middle-East.

Analysed in isolation, this is a decent gag-packed Asterix adventure, not among the very best, but the very best of Asterix ranks among the very best of European comics. Moving to the bigger picture, this is a vast improvement on Asterix and the Great Divide, Uderzo’s first solo Asterix adventure. Sadly, rather than being a pointer of things to come, it was a blip, as Uderzo’s output as writer of Asterix continued to vary wildly. Of his solo work only Asterix and Obelix all at Sea would match this volume.