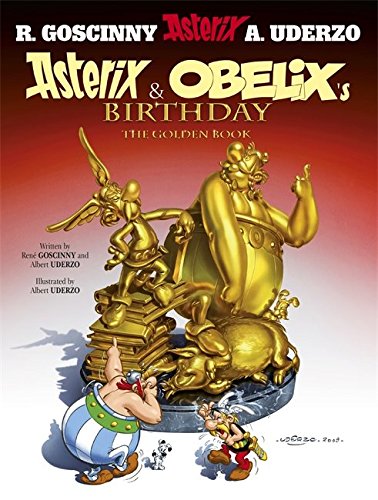 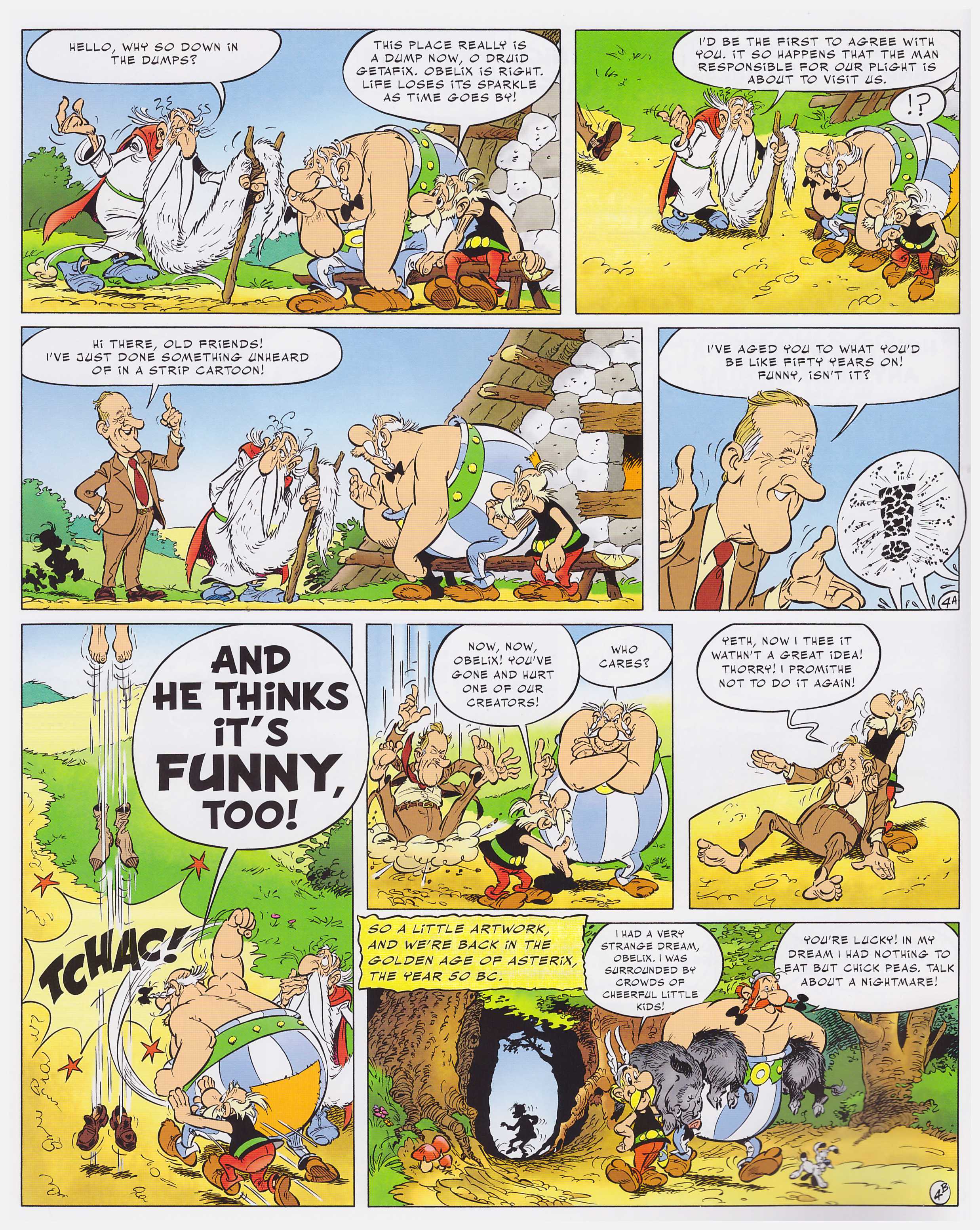 In 2009  Asterix & Obelix’s Birthday – The Golden Book was released to commemorate Asterix’s “birth” in the pages of  French magazine Pilote in October 1959. Fifty years of the plucky Gaul’s adventures – his Golden Jubilee.

Uderzo received a great deal of criticism for Asterix and the Falling Sky, and it’s not clear whether this is an effort to prove his critics wrong. It departs from the usual Asterix formula by presenting a collection of short stories looking back on the diverse but obvious influence Asterix and his creators, René Goscinny and Uderzo himself, have had on comics and French culture. It opens a little differently, imaging what Asterix and Obelix would look like if they aged in real time, before returning to a more familiar style. A number of guests from previous adventures turn up to surprise Asterix and Obelix while they are hunting. As far as cohesive plot goes, that’s about it. Uderzo employs varying styles to tell the story: the usual cartoon format (Impedimenta, Panacea, and other potential love interests of both men despairing over the lads’ bachelor status) or prose with associated panels from previous tales (as in ‘Circumbenidus’s Travel Guide’). Of course this means that although this is Uderzo’s gig, the late Goscinny shares writing credit for his part in Asterix’s literary and commercial success.

There are some humorous moments like the aforementioned travel guide strewn with panels from previous adventures, and some potential covers for Cacofonix’s debut album. These are all in the first third of the book and after that the gags become weak and even puerile. Ironically, the art is arguably better in the last third of the book, Uderzo showcasing his artistic talent by transplanting characters into famous paintings. Goscinny and Uderzo’s influence (both together and individually) is unquestionable, Asterix’s iconic status and appeal universal even as it remains distinctly French. What is questionable is whether Uderzo is almost bashfully pointing out to his critics that Asterix has inspired his own theme park, series of films, and even postage stamps, or is he trying to rub it in their faces?

Unfortunately for Uderzo he has proved his critics right. The story, such as it is, loses all appeal after the first third, and while the aforementioned artwork is good the dialogue scunners it. It could be funnier in French and doesn’t translate well, but Anthea Bell’s English versions of Asterix have always been excellent. There are a number of references to French culture that fly over the head of anyone unfamiliar with the country and the story layout is confusing. Short stories, flashbacks and what if scenarios are all mashed together to make one story that doesn’t cement together. It bears an uncanny resemblance to the rather dire Asterix and the Actress in its presentation, some plot pieces obviously recycled, but sadly is even poorer.

Vanity project or not, Uderzo has the right to brag about the success of his creations. Asterix has even been used to promote attempts to host the Olympics in Paris, and if you are looking for a better collection of Asterix short stories then Asterix and the Class Act is worth a look. Not too long after, Uderzo handed the reins over to Ferri and Conrad, who would debut with Asterix and the Picts. 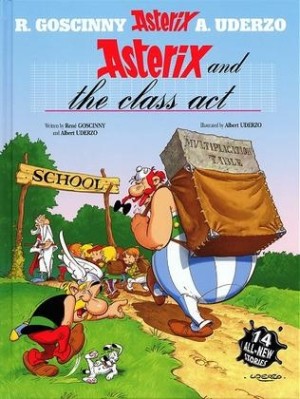