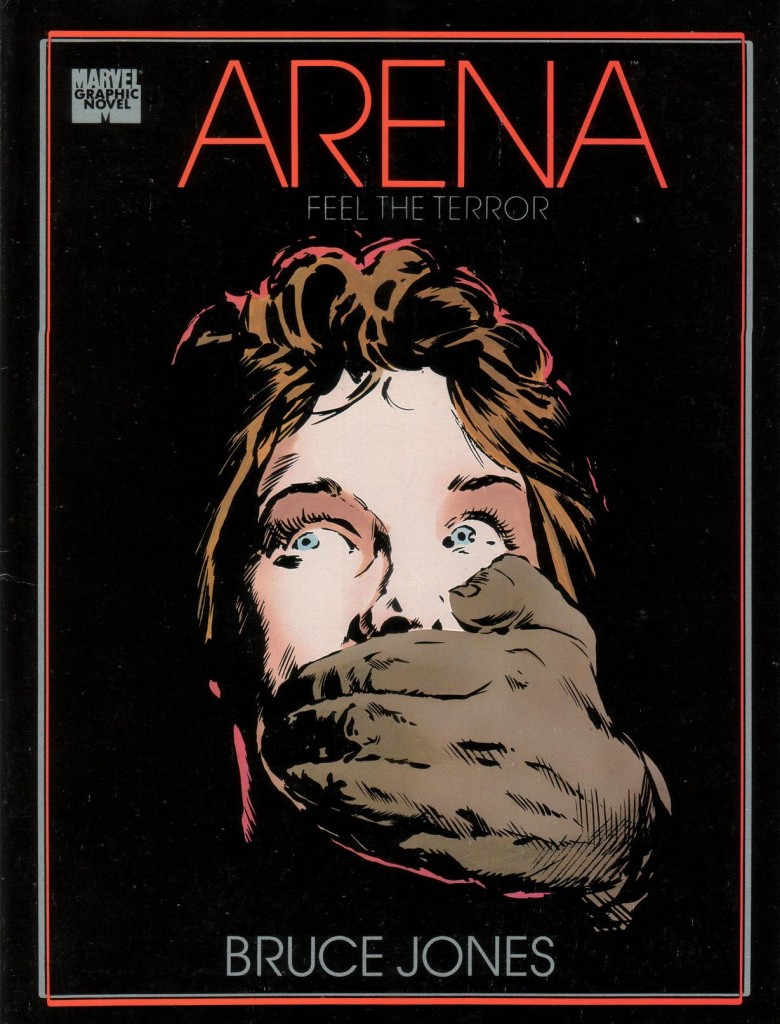 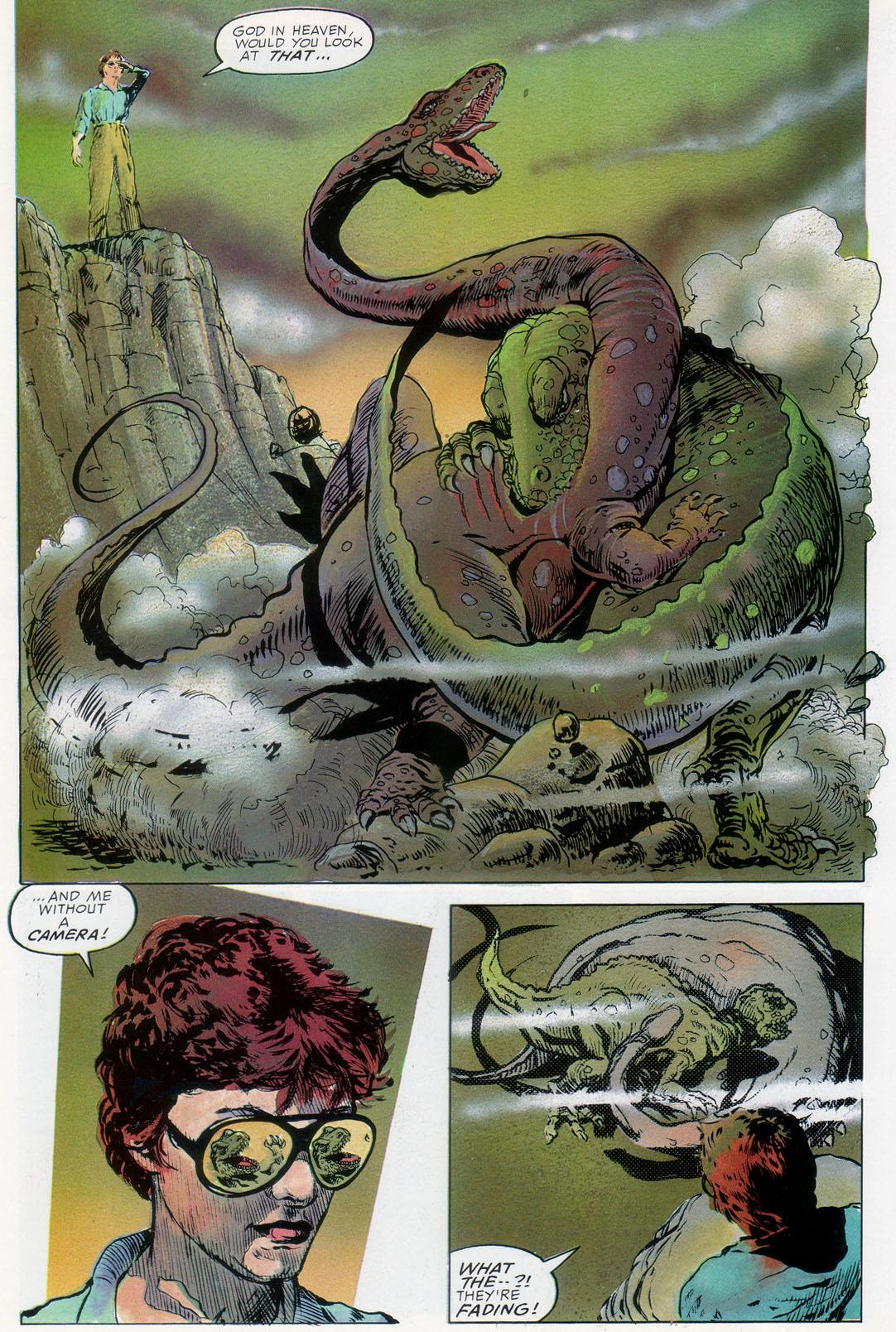 Bruce Jones throws a little bit of everything into Arena, which is his extended homage to EC’s horror and science fiction comics of the 1950s. In addition to those genres there’s the drama of a dysfunctional family relationship, and an opportunity for redemption, but it never pulls together as the plot elements are undermined by narrative convenience lacking any great explanation.

We start with Sharon and her daughter Lisa on a trip to the countryside in 1988. Teenage Lisa is obsessed with planes, and despises her mother since the parental divorce, deep down blaming herself for the problems leading to it. Lisa remains in the car when her mother decides to stroll through the scenery. As Sharon admires the wonder of nature she’s observed by a local hillbilly with evil intent, and sees a plane descend into the valley. That’s part of a very localised timeslip, and the pages rapidly fill with dinosaurs and hominids.

Jones draws them all very nicely, compiling his illustrative wish list from those EC comics. The writing isn’t as adept, with Jones overplaying everything. The hillbillys are too caricatured to convince, the surprise over the first third of the book telegraphed, and the dinosaurs too convenient. He also runs into difficulties with length. By the time Arena was published Jones had already proved himself a master of the EC formula (sadly only available in the long out of print Twisted Tales) by compressing workable genre themes into eight pages. Arena has the feel of something that couldn’t be contracted to eight pages, but neither is there enough plot to fill over forty. He resorts to padding via repeating scenes and filling pages with cinematic homages such as six panels of Lisa running toward the woods.

Nice to look at, Arena never approaches the best of its influences.