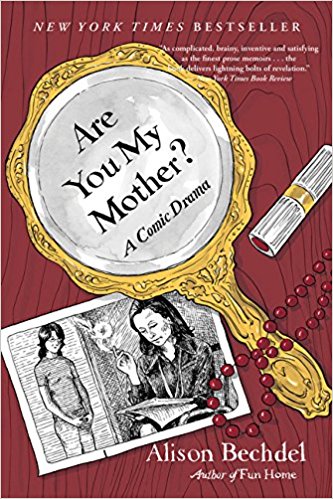 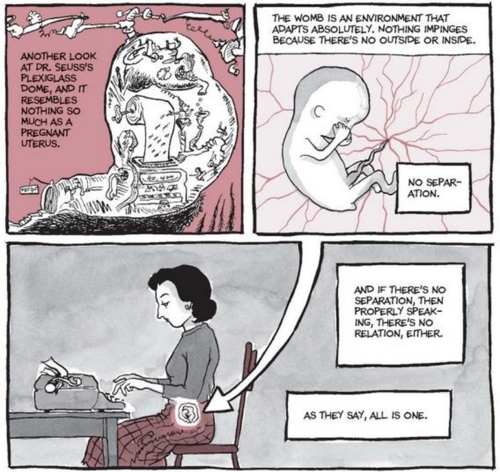 Are You My Mother? follows Alison Bechdel’s strained relationship with her mother in the aftermath of  coming out as a lesbian, her father’s suspicious death, and her award winning comic Fun Home, as well as metafictional reactions to the creation of the graphic novel itself. Bechdel traces various life events that highlight her tumultuous relationship with her emotionally unavailable mother, citing how she believes it has impacted the rest of her life, including her OCD, writing process, and her own emotional availability within romantic relationships. Are You My Mother? is exceedingly self-aware with constant references to Bechdel’s worries about how her mother will receive the work.

The plot follows Bechdel’s familiar style with her timeline jumping from various relevant points in her life surrounding the theme of the chapter. She discusses her struggles with getting older, “menopausal anxiety”, which is reflected in the red shading throughout the novel. As a whole, it contains a less monochromatic palette than Fun Home with it’s being coloured red rather than blue. This perhaps highlights the differences between her parents, with red’s association with blood and life whereas blue could be associated with the colour of her father’s corpse.

Like Fun Home, this graphic novel is riddled with literary and theoretical references. Bechdel delves into Virginia Woolf’s inspiration for and struggle completing her novel To The Lighthouse. She attempts to work through Donald Winnicott’s mother-infant relationship paradigm, and arrives at interesting and compelling conclusions relating to her own mother-daughter relationship. In true Bechdel fashion, the author imagines a link between the lives of both Woolf and Winnicott whose offices were only a block apart. She also includes a beautiful analysis of a Doctor Seuss image with links to Winnicott and deep insights into her own relationship with her mother.

However, compared to the dense interweaving of references and literary materials in Fun Home, the ones in Are You My Mother? feel forced without necessarily moving the plot or themes along. Whereas the references and analytical prowess of Fun Home enhanced the deeply woven narrative, the psychological intricacies of Are You My Mother? do not offer the same validation to the reader. They are interesting and compelling, but cold. This is a deeply emotional reflection on Bechdel’s relationship with her mother, but compared to the story and mystery surrounding her relationship with her father before and after his death, this graphic novel falls short of an exciting story with an unforgettable impact.