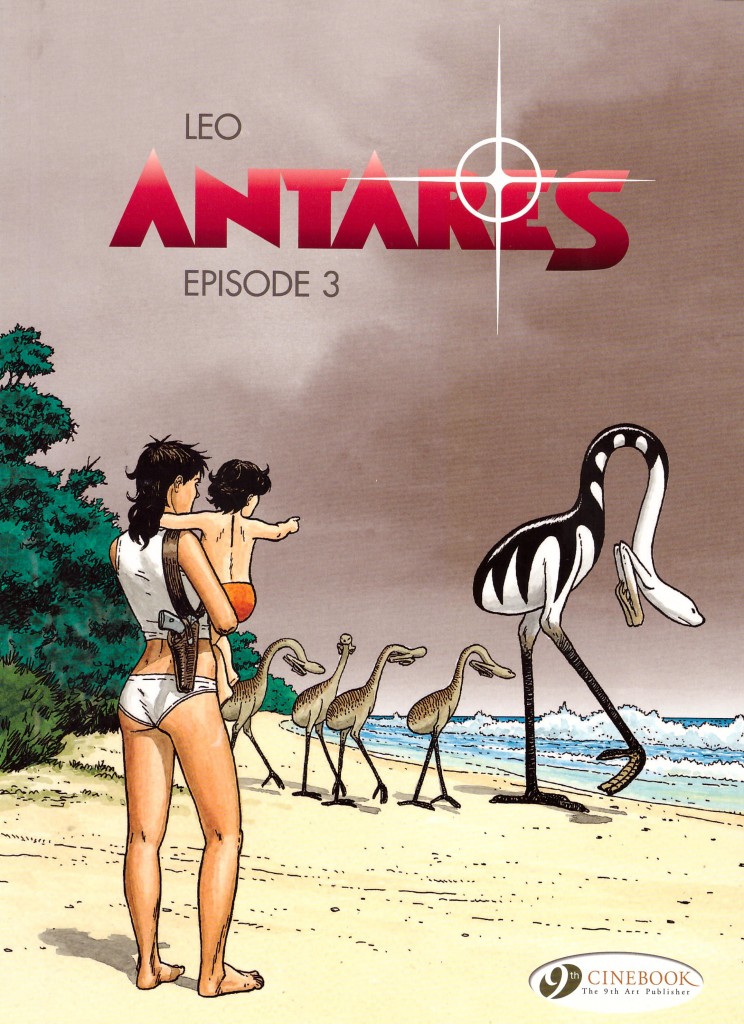 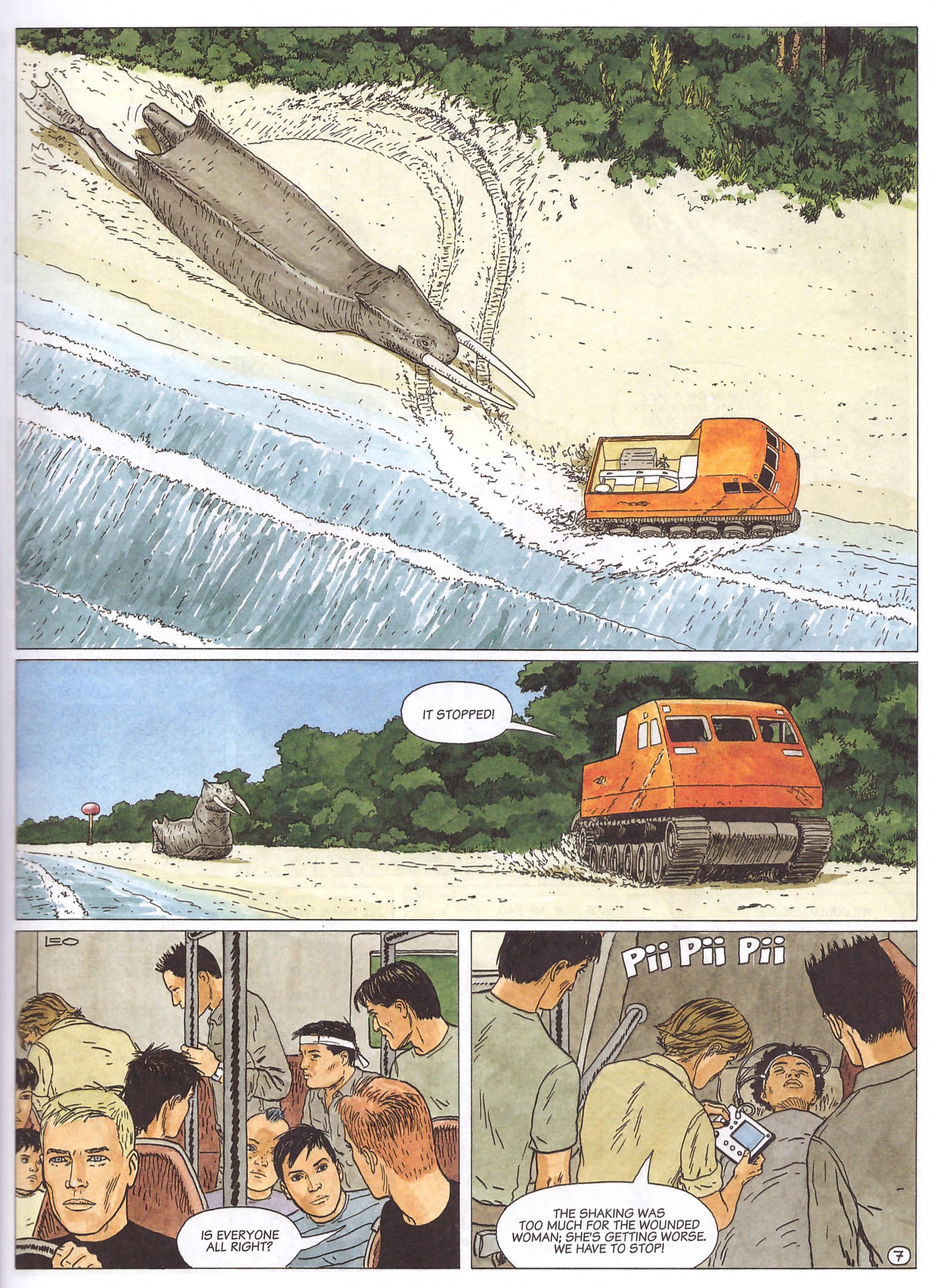 In every episode of Kim Keller’s journey across alien planets Leo has introduced at least one fantastic beast, spectacularly drawn and very credible. It’s easy to imagine the odd creatures on the cover dancing along to some Fatboy Slim, perhaps Weapon of Choice, but in that instance it’s apparent that he’s played mix and match with Earth species. Others lack that familiarity and in the opening pages he introduces an amazing and dangerous beast both in its foetal form and as an adult. A joy of any book in the series has been anticipating these creatures and being enthralled by them.

Leo convinces with his wildlife, and equally so with his scenery. He’s Brazilian by birth, and seems to draw on the Amazon region for inspiration, but introduces enough anomalous trees and plants to supply an alien environment that only the pickiest readers could complain about. His jungles are lush and verdant, but conceal incredible dangers.

Not so convincing is his continuing portrayal of Kim as the embodiment of every male’s fantasies. There’s something disturbing about the way in which he has men fawning over her, and another manifestation of Leo’s breast fixation ensures this is the clumsiest element of the plot. Leo’s introduced enough interesting conflicts that he doesn’t need the escalating tension generated by emotional jealousy, and if it can’t be handled in a less melodramaticand more mature fashion he should consider not bothering.

Thankfully there’s more than enough of interest occurring around the personal matters that they can fade into the background. Kim, some friends, and several others form one group who’ve landed on a planet. They’re several thousand miles distant from the main party, whom they believe will be looking for them. What they don’t know is that the main landing party have also suffered setbacks. The religious zealotry has a smaller part to play in Episode 3, but there are still lines such as “She and that Kim Keller are a danger to the spiritual lives of our colonists. We must avoid giving them prominence or letting them have responsibilities at all costs.” That’s a plot to play out in the future, but there is progress with regard to a mystery that’s occurred several times since Episode 1. Unfortunately for the cast, it may mean more space travel.